Home /
News /
The Elder Scrolls Online news: the release date on PS4 and Xbox One and the changed subscription system

The Elder Scrolls Online news: the release date on PS4 and Xbox One and the changed subscription system

As you remember, before the New Year’s holidays, Bethesda stated that the versions of The Elder Scrolls Online on PS4 and Xbox One will be launched in 2015. And yesterday, the developers finally announced the exact release date of this project on the above mentioned platforms as well as told about the changed subscription system.

So, as it has been revealed, the versions of The Elder Scrolls Online on PS4 and Xbox One will have the Tamriel Unlimited subtitle. Their launch will take place on June 9th - a year after the previously planned date. The game will include all the DLCs and updates, which were out since the project’s release on PC, including the improved Justice and Champion systems.

Besides, Bethesda has reported about the changes in The Elder Scrolls Online subscription. The players won’t have to pay each month anymore in order to get the various updates. However, some further expansions and the exclusive in-game bonuses (the additional currency, etc.) will be paid, unfortunately. Specially for this case, Bethesda has created the ESO Plus membership. According to the developers, all the purchases are optional, and the owners of the MMORPG’s free version will be able to enjoy the gameplay to the full without any limitations.

And the players who have already bought The Elder Scrolls Online subscription on PC and Mac don’t have to worry about their accounts. The last ones will be automatically upgraded to the premium level - ESO Plus. The launch of the updated versions on the above listed platforms is set for March 17th. All the gamers have to do is download and install the Tamriel Unlimited patch.

The director of this MMORPG - Matt Firor - has commented the following: “Our fans are our biggest inspiration, and we’ve listened to their feedback on the entertainment experience they want. We know that Elder Scrolls fans want choice when it comes to how they play and how they pay, and that is what they will get. We have made numerous changes to the game over the past year, and are confident this is a game that Elder Scrolls fans will love to play. Players can explore Tamriel with friends, battle creatures, craft, fish, steal, or siege. The choice is theirs. The game offers hundreds of hours of gameplay with unlimited adventures with one single game purchase. We can’t wait for everyone, whether they’ve played before or will be experiencing it for the first time, to begin adventuring in The Elder Scrolls Online: Tamriel Unlimited”.

Well, let’s hope that all the changes are for the best. Are you waiting for the launch of The Elder Scrolls Online on PS4 and Xbox One? Or are you a PC player? 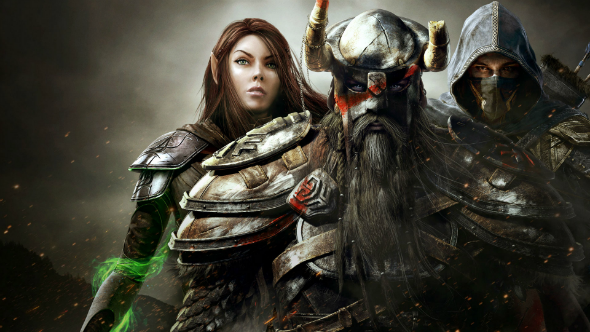