2018-02-22by Anna Stepko 17882 views
Today is the big day! Have you already seen the new skins and new options in settings? Well, let us tell you about what’s new in Fortnite Battle Royale Season 3! 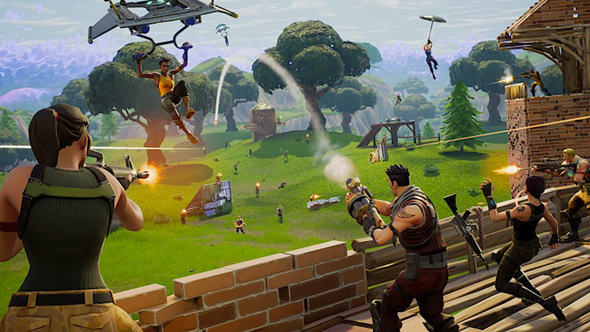 First of all, a new weapon, that has no release date yet, but we’re expecting it to appear soon. Developers called it a hand cannon, and it’s pretty impressive in action:

By the way, read this before you play Fortnite if you’re new to this awesome Battle Royale game.
If you remember, the bow and arrow was the last weapon that appeared in Fortnite. They also have unlimited ammo, so you should try them out if you haven’t already. Also, seems like developers kept their promises and the process of balancing weapons continues. That said, an existing gun similar to this new one will be removed. Will it be an assault rifle? Or maybe a shotgun? We will see soon!

Now, about the other novelties in Fortnite Season 3

Reach 60 FPS on Console in Battle Royale: Xbox One, Xbox One X, PS4 and PS4 Pro support 60 FPS mode from now on, you can customize this in settings, so don’t be shy to try it out right now!
Hoverboard in Save the World: a new kind of vehicle added to Fortnite, an overhyped hoverboard. Sorry for the scepticism, I think in game it’s better than in real life :)

Turbo Building: Run’n’Build: press and hold primary fire, place the building pieces without a break, and it will work perfectly. It’s like you’re painting with a ladder:
It’s a very comfortable feature to use to build the walls super quickly, if you know the exact trajectory that you need.
Automatic Material Swapping: seems pretty clear, turn on this feature to automatically pick another material if you run out of the current one. Now, Turbo building and Auto Material Swapping make a perfect tandem :)
Build Through Stuff: with the new patch you can build through big objects, like rocks, cars, trees etc. By the way, the small things like shrubs are destroyed if you build through them. Just remember, if you’re building something grand through a tree, like a ramp, it still needs connection to the terrain.
So, let the building anarchy be! Hope you’ll have a good time while you play Fortnite Season 3 :)
Tags:  Fortnite
Related game