As you probably know, four days ago - on the 19th of March, - the next instalment in the popular Battlefield shooter series was released. For the first time, in the long term of the franchise’s development, the new game has been created not by DICE, but by Visceral Games studio. The company has promised that we would be rejoiced not only with the numerous interesting innovations and improvements but also with a unique story. And today, we’ve decided to present you our Battlefield Hardline review, in which we will tell you whether the developers have achieved their goal or not.

First of all, we’d like to remind you that the new Battlefield Hardline game tells an untypical for this series story. For the first time, we fight not with the Navy Seals or some other military troops but are turned out to be involved in the eternal opposition between the law enforcement forces and the criminal elements. The project’s main hero - Nick Mendoza - is a policeman, who struggles with his team against the criminality. And since we are talking about the protagonist, it’s logical to go to the single player of this game.

Although Visceral Games has assured that the campaign would offer us lots of innovations, which will impact on the gamers’ perception of the whole mode and will lead it to the new level, we have to upset the players  - they succeed in this task by half. Thus, there is a new ability to walkthrough the missions in stealth mode that is unusual for a shooter, but it makes the game more exciting when you get used to. Also, now the gamers can look for the evidence with an absolutely new scanner. Feel yourself like in a real action movie, detaining the criminals and showing their policeman’s shield and exclaiming “Don’t move!”. By the way, the arrest of the gunmen is the most preferable way to get more points, which will let you unlock some new gadgets and weapons. Besides the abovementioned things, the single player mode of Battlefield Hardline has cheered us up with the perfect characters’ face animation, interesting TV cutscenes as well as exciting music and gripping chases. But in the meantime, the Visceral Games’ employees have underworked the main story. The dialogues are typical and boring, the characters’ behaviour is senseless and the heroes themselves are too stereotypic. Besides, the first campaign’s missions are unbelievably boring and some locations have a lack of animation. In general, the single player mode of Battlefield Hardline could be done significantly better if the developers think the game’s storyline through and diversify the missions. 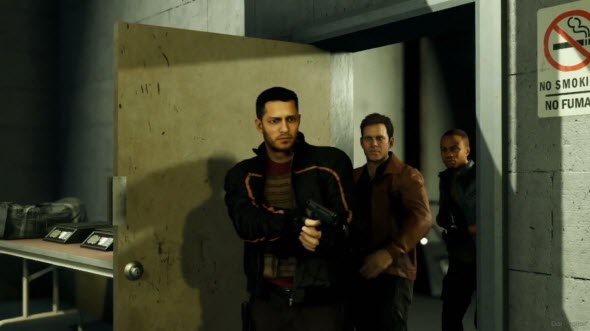 But we are sure that the most part of the gamers are interested in the project’s multiplayer. And this mode goes next in our Battlefield Hardline review. First of all, we must say that Visceral Games’ employees have worked hard on it and have implemented lots of small changes, and they have made the play in the multiplayer mode so exciting. Primarily, we have been rejoiced with the possibility to find the kits and ammo by ourselves and not to beg for them from your partners as it was in Battlefield 4. Also, we have been pleased with the size of maps, which are really detailed. There are 9 maps in the game, and all of them are quite big and different, that’s why you will have to spend many hours playing the shooter before you become bored.

But the most important element of the online shooter, without which our today’s Battlefield Hardline review wouldn’t be full, is the modes. Naturally, the recently released part in Battlefield series has the well-known modes, but it also has some new ones, about which we are going to tell you right now. Thus, the mode “Hotwire” has become the most pleasant surprise for us. The main goal here is to capture and keep as more cars as you can and in the same time to destroy the enemy’s vehicles. In our opinion, this Battlefield Hardline mode is probably the funniest and the coolest one, because you have not only to highjack the car but also to drive it, because you are getting points only while driving. Besides, while taking part in the different races, you can make the insane gunfights, because, firstly, you have a good weapon’s arsenal and, secondly, now you can get out from the car’s window and obtain the visibility of 360 degrees. But that’s not all. In “Hotwire”, you are also able to customize your vehicle, changing the painting of your car or adding the rocket launcher to the trunk, or activate a capability, which lets you turn on the nitro and makes the chase more captivating. 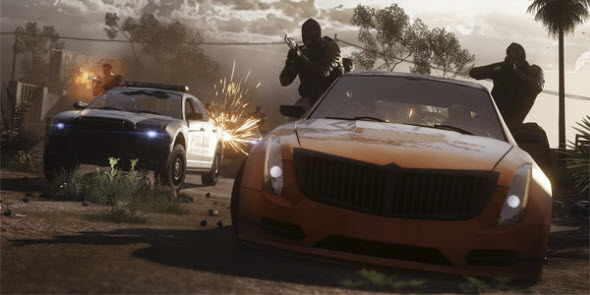 Besides the “Hotwire”, Battlefield Hardline has lots of other interesting modes. Thus, for example, “Heists” mode may be really gripping if you have a well-coordinated team, because the first participant has to explore the bank’s door, the second one has to watch their six and the third player needs to take the bags with money away. We should also add that this mode offers not only many various gadgets and weapons (the Molotov cocktails, the knives, the sticks, the gas grenades) but also numerous ways to complete the mission. As for the environment and the situation, in this mode they can change in any moment, so you won’t be able to relax at all. 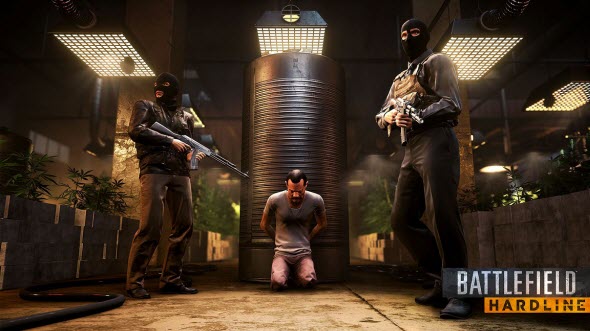 And the last three Battlefield Hardline modes, about which we’d like to tell you in brief, are called “Blood Money”, “Crosshair” and “Rescue”. In the first one, you need to find or steal money from the opposing team, using the various gadgets or the environment as a protection. In “Crosshair”, you have to accompany the witness to the point of evacuation and don’t let the opposite team to kill him. Besides the hot gunfires, this mode is also interesting because of the presence of a powerful Bald Eagle pistol and an injector, which activates a capability to survive after the blowing up. And finally, in “Rescue”, you need to set free at least one of two hostages. This mode will be interesting for the Counter-Strike fans.

And the last moment in our today’s Battlefield Hardline review concerns the graphics quality in the game. Unfortunately, we have nothing to rejoice the players, because the current-gen versions of the project work almost in the same resolution as the last-gen and PC ones. Thus, Battlefield Hardline on PS4 works in 900p, while Xbox One has hit only 720p.

We hope that we have described the new Battlefield game well enough and helped you decide whether this shooter is worth of your money or not. As for us, we must say that the new creation of Visceral Games might be significantly better if the developers have thought well all its details. But in general, the project has lots of interesting small innovations, which make the gameplay more vivid and exciting. Our mark to this game is 8 points.