Home /
News /
New Battlefield 4 patch will be launched quite soon

New Battlefield 4 patch will be launched quite soon

Despite the fact that Battlefield 4 game was released more than a year ago, the project’s developers still work actively on the shooter’s improvement.

According to the official information, the upcoming Battlefield 4 update will rejoice the players with:

- five fan favorite types of weapon (a carbine, a PDW with a built-in silencer, an assault rifle, a “sniper” sidearm and a new light machinegun);

- the Gun Master mode, which was incredibly popular in Battlefield 3: Close Quarters. This mode will be presented in 5 different presets (Standard, Classic, Pistol, DLC and Troll), each of which will contain 18 various types of weapon;

- the fixes of multiple crashes, which have influenced on the project’s stability, in all game’s versions.

The developers have promised to reveal more details about all changes, which will be included in the forthcoming Battlefield 4 patch, closer to its release.

Do you anticipate this Battlefield 4 update? What do you think about its content? Write us in the comments below. 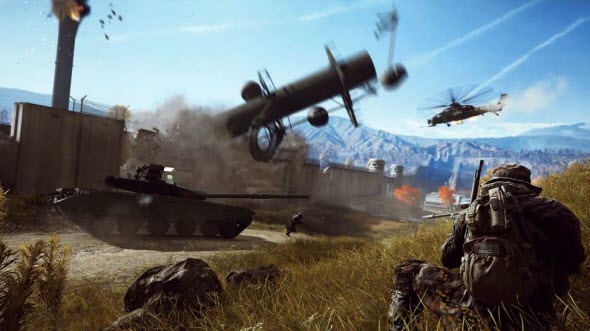