Thus, first of all, we’d like to rejoice you with the Rainbow Six Siege release date. Previously, Ubisoft’s employees told that the project’s launch will take place sometime this fall, and yesterday they confirmed their words. According to the official information, the Rainbow Six Siege release date is set for mid-October, or, to be more exact, for the 13th of that month.

But as we said previously, Rainbow Six Siege release date is not the only one news about the forthcoming project. Besides, Ubisoft’s employees have announced the game’s three editions and have revealed their content. But we would like to specify at once that these bundles will be available for the citizens from Europe, the Middle East and Asia. The sets for the North America and other regions will be announced a bit later. So, the first Rainbow Six Siege edition is titled Art of Siege, and it consists of the game’s copy, a collector’s box, an exclusive 120-page Tactical Guide as well as of the Gold Skins Pack for all your in-game weapons. 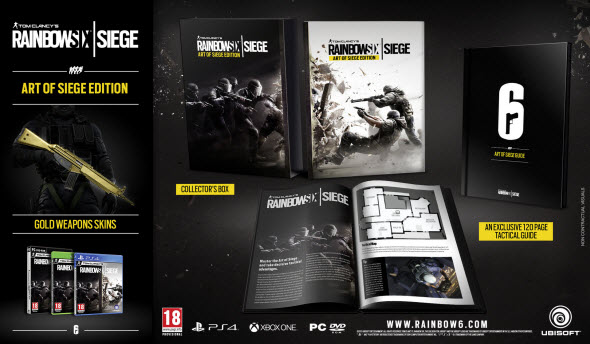 The second Rainbow Six Siege edition - Gold one - includes the project’s copy, access to the closed beta (in case you pre-order the game), the Season Pass and Tiger Skin pack for your in-game weapons.

And finally, the last announced Rainbow Six Siege edition, which is available for purchasing only at Uplay shop, is Tactical Elite bundle. It consists of Art of Siege set and the game’s Season Pass. 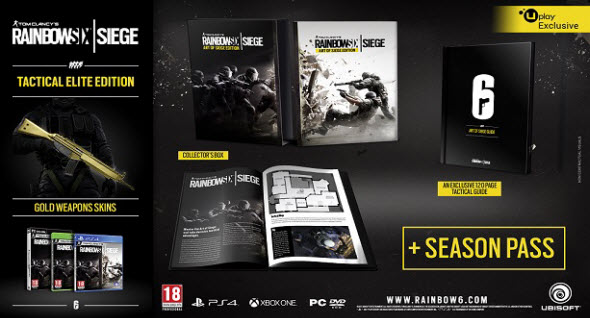 And the final thing, which we want to share with you today is the new short trailer of the upcoming shooter. Enjoy!

Did you like the fresh Tom Clancy's Rainbow Six Siege news? Are you going to pre-order this game? We will be glad to read your replies below the article.