Last week, the latest news about the upcoming final part in the action-adventure series about Batman from Rocksteady studios appeared. Thus, the company published the first gameplay video from the Ace Chemicals reel selection, which demonstrates the skills of the main character and the batmobile’s abilities. And on Saturday, the Rocksteady’s marketing manager - Gaz Deaves - revealed some new Batman: Arkham Knight details while answering the numerous questions from the fans of the franchise on Reddit.

Most of all, the players have been interested in the information about the Dark Knight’s suit. One of the users has wondered why the Batman’s equipment presented in the fourth instalment looks more robotic than in the previous games. Gaz Deaves has given the following reply: “We wanted to highlight the interaction between Batman and the Batmobile – you’ll see that the suit mirrors the design of the car in a lot of ways. The new suit impacts gameplay as well, as it enhances some of Batman’s abilities, particularly in the way the Batman and the car work together”. 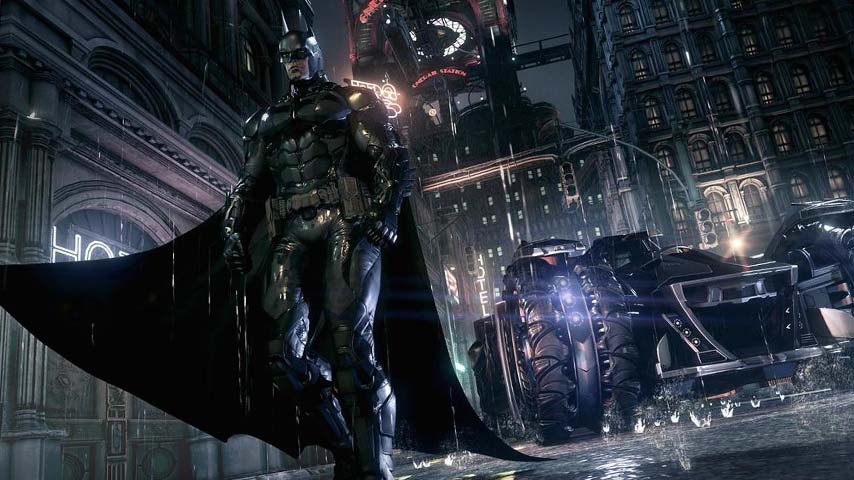 Besides, Deaves has told about his favorite addition to the next project in the franchise: “It has to be the open city – now that we’ve got all of Gotham to explore it’s a great experience. The City design team here has done an amazing job building an environment that’s huge and intricately detailed”. He has also paid attention to the contribution made by the animators: “Zafer Coban and the rest of the animation team have been doing some amazing work on making combat look and feel awesome. For example, there's a scene toward the end of the Ace Chemicals Infiltration Part 1 Trailer where Batman faces off against two combat experts. Everything in that shot is taken straight from the game - we just shifted the camera to get a slightly more cinematic angle”.

But these are not all the Batman: Arkham Knight details. However, we’d like to warn you in advance that the following information contains the spoilers to the second part in the series - Arkham City. So, it’s up to you whether read it or not.

A user with a nickname FogKnight22 has asked if it was hard for the authors to create a story for the future project after the events, which concluded the second instalment. Gaz Deaves has answered this way: “I think it's quite the opposite! When they started work on Batman: Arkham City, they had the vision of the final scene Joker's death almost from the start. With Batman: Arkham Knight, that ending is the point that we jump off from, asking 'what happens when Joker is removed from Gotham' and looking at the fallout from those events”.

And after all, the Rocksteady’s representative has reported that the new video in the Ace Chemicals series will come out today - on December 1st, - so we’ll show this reel to you once it’s released.

What do you think about the latest Batman: Arkham Knight details? Are you waiting for the new trailer?