A famous American comic book and script writer - Marv Wolfman - has announced his new project - the Batman: Arkham Knight novel. This book is dedicated to the release of the highly-expected action-adventure with the same title, which will take place this summer.

Wolfman has shared such news on his FB page: “Well, I can finally tell folk what I've been working on these past months in total secrecy, even from my dog. I wrote the official novelization for Arkham Knight, based on the upcoming video game, and had a ball doing it”.

Unfortunately, after a while, the Wolfman’s message was deleted for some unknown reasons. However, before it was gone from Facebook, the news had managed to spread all over the Internet. According to the information from the various portals, Marv has also told when exactly the Batman: Arkham Knight novel will hit the market: “The story is highly emotional and I'm exceedingly happy with the results. Both game and book come out in July. I'll post the cover here once it's official. Anyway, whew, it feels great finally being able to talk about it. My dog is happy, too. I no longer have to keep throwing her out of my office while I'm working”, - he has added.

Surely, you’ve noticed that Wolfman has mentioned that the game’s release will take place in July. Probably, this statement has become a reason to delete the message. And then, another question has arisen: was it a misprint or the developers are going to postpone the project’s launch again? The first variant is more likely, because WB Games has immediately reacted on the writer’s post and has denied any delays of the action-adventure’s release.

By the way, the Batman: Arkham Knight novel has also appeared on Amazon. According to the data on this service, the paper version of the book will be available for purchasing on July 7th, 2015. It will be priced at $7.99. For the current moment, there are no other details about the future book. 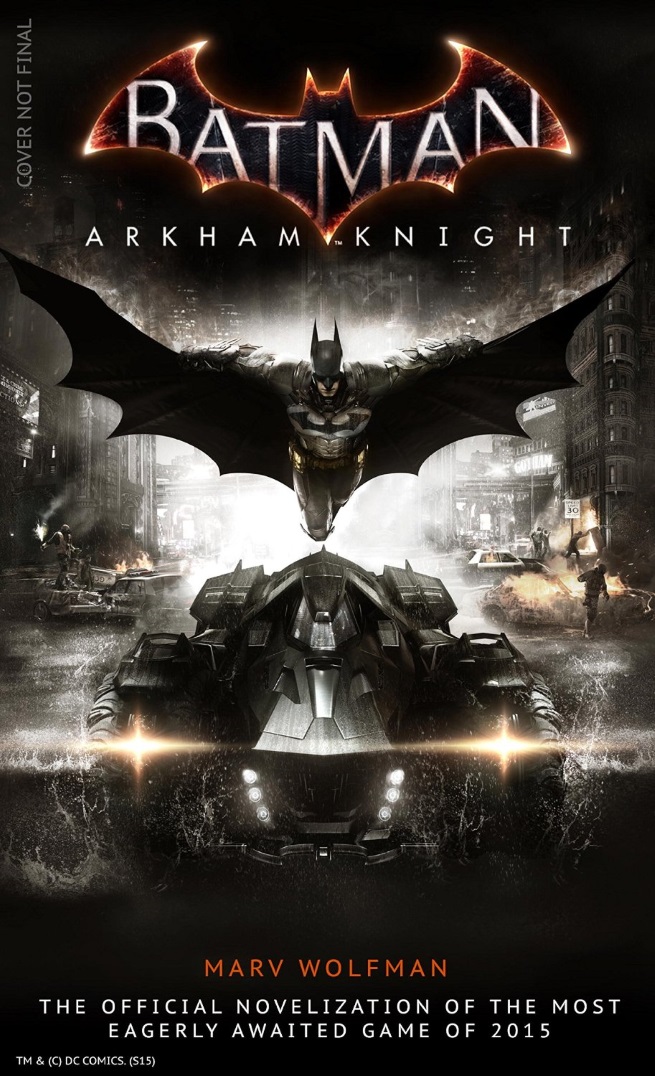