Activision company has finally announced the project, which was actively teased for several week. The new Call of Duty: Black Ops 3 game will be the next instalment in the popular shooter series, which has already become iconic. Treyarch studio is the creator of the future project. Even though the developer and the publisher haven’t told any details about it, they have created the upcoming game’s official site, on which a bit more information can be found.

As it’s reported, the Call of Duty: Black Ops 3 game will bring the players to the dark future, which is filled with lots of twisted secrets and mysteries. Here, where the border between the humanity and the technologies is absolutely blurred, the new breed of a modern soldier will be presented. The Call of Duty: Black Ops 3 game will include a single player campaign, a multiplayer as well as a widely popular Zombie mode. The next instalment in the series is planned to be released on PC and the current-gen platforms in 2015.

According to the official information from Activision, the world reveal of the new project will take place on April 26th. On this day, the future shooter’s debut trailer will be demonstrated as well. We hope that more details of the plot will also be shared by the developers. And while we are waiting for the appointed date, we’d like to show you the fresh teaser and the image, which the Call of Duty: Black Ops 3 game has got recently: 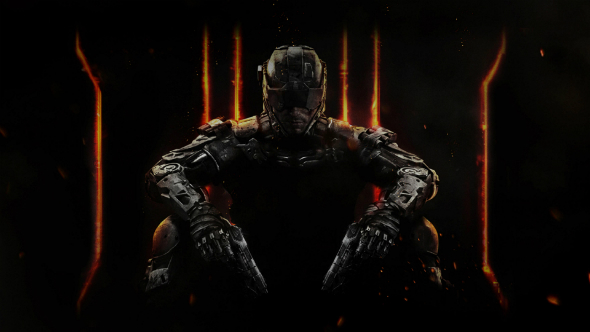 So, are you interested in the Call of Duty: Black Ops 3 game? Are you a fan of the franchise?