Here we have an informational boom to help you get ready for Quantum Break. The game came out on the 5th April for XBox One and on Windows 10. Now let’s talk about the particularities of the gameplay. 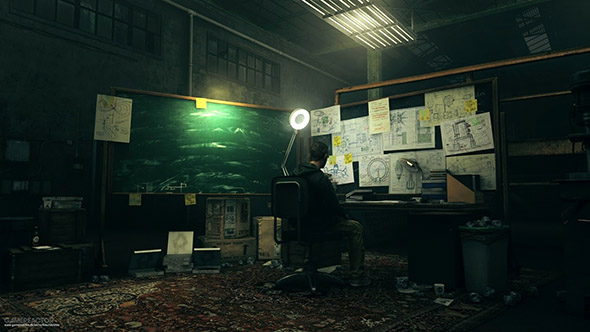 Quantum Break Review: Here it’s allowed to play with time as you wish (as the developers decided, actually).

You literally control the time in this game. The protagonist Jack Joyce has abilities to manage the time as he needs. The game starts with an unsuccessful time travel experiment (classic, huh?), after that time teeters in the edge of collapse and the main character is caught by an organization called Monarch (the one’s foundator is Jack’s best friend - Paul Serene). 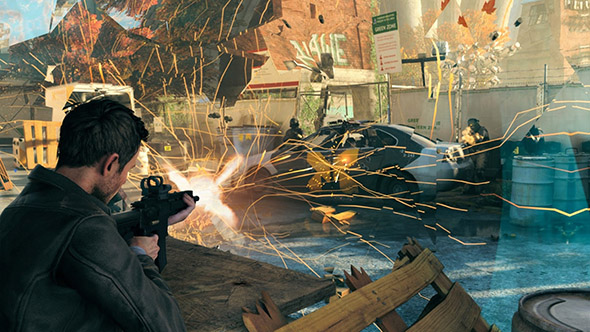 Sure, the game is pretty intense, as those Monarchs are trying to assassinate you. And you’ve got the tools: deliver death by a thousand cuts, rifles, SMGs, shotguns and the well-known pistol with unlimited ammo.

Aren’t you dissatisfied now? Isn’t it too boring? Wait for it. You have superpowers.The player is granted a range of abilities to experiment with, and we’ll discuss some of them here.

Time Vision: kinda like Batman’s Detective Mode - highlighting menaces in red. Different enemies have unalike silhouettes, so this was a handy way of getting an at-a-glance threat assessment. 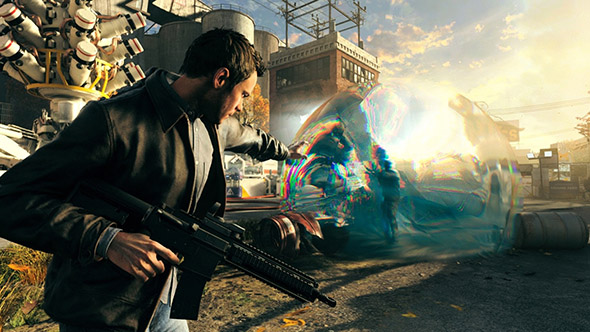 Time Stop: Jack creates a sphere of frozen time. Anything trapped in that sphere gets snail speed for a few seconds. You can dodge the bullets, grenades; put enemies next to an explosive barrel before it explodes. While fighting with Monarch soldiers, this ability proved itself as the most versatile of all the others, since it has defensive, offensive, and strategic applications. 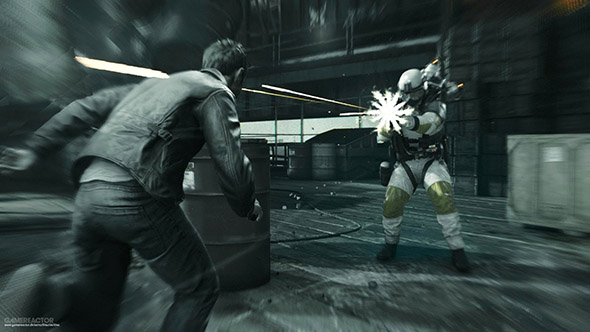 Time Dodge: essentially a blink. As fans of Dragon Ball Z can assume, few things are as awesome as an instant teleport. I enjoyed the moment when Jack vanished right before a charging enemy and reappeared behind him. I couldn’t help but smile a little as I shot him down in the back (angry&sneaky). It’s good for when one of them gets the jump on you. 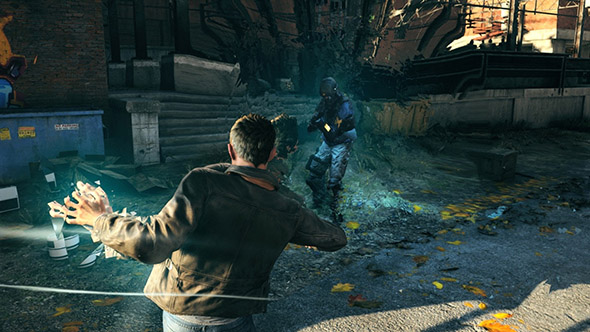 Time Shield: lets Jack become The One (Neo, not Gabriel Yulaw) for a few seconds. He uses the force field to annul all the incoming damage. This superpower gives you the opportunity to retreat behind cover if you lost your luck dodging the bullets. Combine it with a teleport and you’ve got an effective covering maneuver.

I suppose your thoughts right now are sort of “Well, what’s the difficult thing here? I’m a superman!”, but I might disappoint you… Those abilities have a time limit, they need to cooldown for a while. Time Vision sonar can be used with little interruption, all the others will need 6-14 seconds to recharge. That time depends on how often do you use the ability. This feature gives you a chance to upgrade your micromanagement, improvisation (if you’re caught out) and strategy skills. 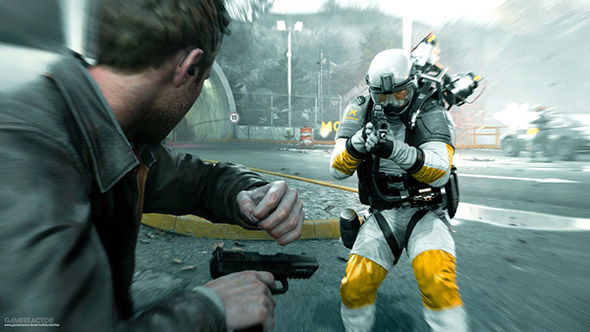 Monarch organization is very cruel and aggressive, they really want you to die. No, I mean REALLY want you to. First of all, they try to trap you by approaching from everywhere. Later, if you’re finally taking a breath in cover, they start using grenades and keep shooting you, their hope of you dying never disappears. As you can see, it’s all about surviving here.

That is actually quite common for shooters, let it be. Another thing that I couldn’t get is that somehow enemies can find out what superpowers are currently recharging, and using this information as their advantage. As you get closer to the game’s end, your enemies will also gain some of your superpowers, so it will be even more difficult for you to fight and win.

But don’t forget about the emotional component: those robots haven’t heard about that one. When you’re on the roll - using your superpowers, running around, managing time and ACTUALLY feeling like a superhero - your enthusiasm, frenzy mood, and luck will help you through all the struggles on your way to the end :)

Set to a haunting cover of the iconic Nirvana track “Come As You Are,” this trailer dips you in the time-bending experience of Quantum Break.

You can purchase the game here if you haven’t already.