November is probably the hottest period in the video game industry, because exactly this month the huge number of different and interesting games will be launched. That’s why today GameSpace team has prepared for you the new review titled November game releases, in which we are going to tell about the launches of the most exciting and anticipated projects of the next month. So sit comfortably in front of your PC and start reading our list of the hottest November game releases.

The first project, which has to be included in November game releases, is the next instalment in the popular shooter series - Call of Duty. CoD: Advanced Warfare will be launched on the 4th of November on the current and next-gen consoles as well as on PC. It promises to rejoice the players not only with the improved graphics, the huge number of new and chic weapons but also with a mass of other pleasant innovations.

The next game, the release of which is scheduled on the 7th of November worldwide, is Football Manager 2015. This part in the football simulator series, which will hit PC, Linux, Mac, iOS and Android, will rejoice the fans with lots of changes in the customisation system, the interface and the project’s gameplay.

Also, Halo fans will be satisfied the next month. First of all, Halo 2: Anniversary game will be released on the 11th of November, the same day Halo: The Master Chief Collection will be launched in NA, and in 3 days it will appear in Europe. The project as well as the bundle are the exclusives of Xbox One, that’s why only the owners of this console will be able to enjoy all advantages of the significantly improved Halo 2 and the big and interesting collection.

Naturally, we cannot help but include two projects in one of the most popular franchises - Assassin's Creed - into our November game releases. AC Unity and Rogue will be launched this month, or to be more exact, on the 11th of November in NA and two days later in Europe. The first action-adventure will be available for the owners of the next-gen consoles and PC, and the second one will hit PS3, Xbox 360 and computers. You can get to know more information about these projects, clicking on the games’ pages. 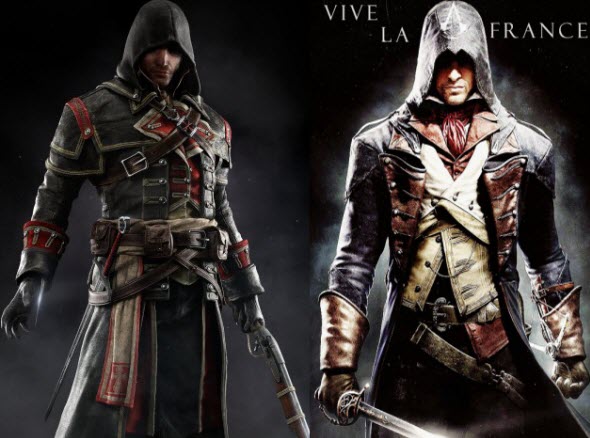 The next month will also be full of pleasant moments for the fans of football simulator from Konami company - Pro Evolution Soccer, - because the next part in this series will be released on the 13th of November worldwide. PES 2015 will hit the current and next-gen consoles as well as PC. Although the new instalment of the main PES rival - FIFA - was launched almost two months ago, nevertheless Pro Evolution Soccer 2015 promises to be more qualitative in many aspects: the graphics, the number of clubs, stadiums, sportscasters and lots of other features.

November game releases aren’t full without information about the launch of the next instalment in one of the most popular franchises - Grand Theft Auto. Last year, GTA 5 hit the current-gen consoles, and already on the 18th of November 2014, it will become available for the owners of  Xbox One and PS4. As always, Rockstar makes everything on the highest level, that’s why lots of exciting content, the good graphics, many different interesting missions and jobs as well as the huge and incredibly various open world await you in the upcoming versions of this really cool game.

It seems like many popular franchises will get the new parts the next month. And one of the craziest Ubisoft’s series - Far Cry - won’t become an exception, because the forth instalment of this action-adventure will hit USA on the 18th of November, and two days later it will become available in Europe. Far Cry 4, the action of which unfolds in the fictional country - Kyrat - somewhere in Himalayas, will let you try on a role of the person who fights for the justice against the cruel despotical and self-appointed king - Pagan Min. The game will be available on PC, current and next-gen consoles. 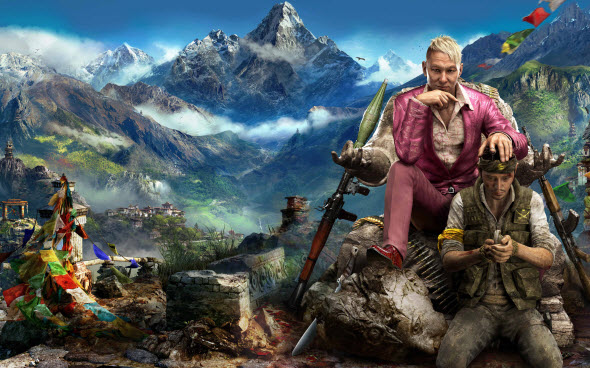 The following day after the launch of Far Cry 4, another game - Middle-earth: Shadow of Mordor - will be released on the current-gen consoles in Europe, and three days earlier in the North America. Let us remind you that this action-RPG has already hit PS4, Xbox One, PC and has got lots of positive feedbacks from the leading game portals.

Another action-RPG, which we’d like to include in our November game releases, is the forthcoming part of Dragon Age. The new franchise’s instalment is titled Dragon Age III: Inquisition and will be available on the 18th of November in NA, and on the 21st in Europe. The game will hit PC, current and next-gen consoles. More information about some key features of this project is available in the video below.

Finally, the last project, which finishes our review, is the next part in the sport simulator series - WWE. WWE 2K15 will be launched on the current-gen consoles on the 31st of October in Europe, and it will appear on Xbox One and PS4 on the 21st of November in the same region, and three days earlier in NA.

Did you like our review? Which projects should be also added to it? Let us know below.