Home /
Reviews /
Far Cry 4 review: what has Ubisoft prepared for us this time?

Far Cry 4 review: what has Ubisoft prepared for us this time?

Far Cry - one of the most popular and insane game series of Ubisoft - got the new instalment less than a week ago. The new Far Cry 4 game has made a huge buzz in the gaming industry, but whether it has been caused by the gamers and critics’ indignation or vice versa - by the boundless excitement? We’ll give you the answer on this question, having presented our today’s Far Cry 4 review, in which we will describe the pros and cons of this shooter.

Despite the fact that Far Cry 4 has many common elements with its predecessor - Far Cry 3 game, - it also has lots of new and really interesting moments. Yes, you still kill, hunt, climb up the towers and capture the key points on the map. Almost all these activities have become more interesting and sometimes even unexpectable. But let’s talk about them in order.

First of all, we will start with the game’s plot and the protagonist. As you probably know, the main character’s name is Ajay Ghale, and after many years he comes back to the country, where he was born - Kyrat, - in order to accomplish the last will of his mother - to scatter her ashes over the motherland. And there is the first difference from the previous games in this franchise, because Far Cry 4 protagonist has the connection with Kyrat, whereas neither Jason Brody (Far Cry 3) nor the mercenary from the second instalment in the series has such connection to the game’s location. You can say that it’s not important and do not influence on anything in the project, but you will be wrong. Because the existence of such a particular connection affects on the plot, on the conversations between Ajay and the people who knew his father, and even on the protagonist’s decisions. And this makes the game more dramatic, and the dialogues more vivid and emotional. 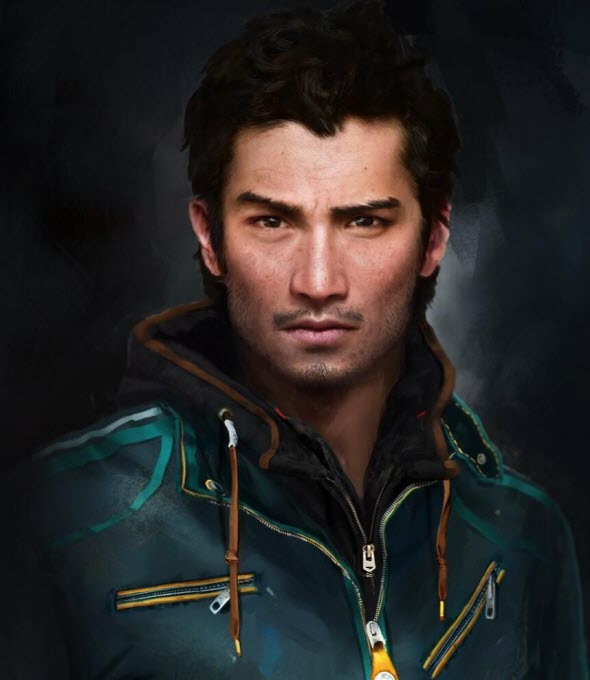 As far as we have touched the characters’ subject, we need to pay attention to the main villain of the game - Pagan Min. Here, we’d like to applaud the developers, because they haven’t created the typical villain or just a person, whose main particularity is his non-traditional sexual orientation. No, Pagan Min is a very colorful character, he is crafty and evil, capable of very cruel actions, but he also has a very specific sense of humor, which makes him so unique. We meet him for the first time, when his army captures the vehicle, on which Ajay is travelling. And this is their acquaintance. Already in a few minutes, we see them sitting at the table, and Pagan flouts at the protagonist, grimaces and even tastes the ashes of Ajay’s mother. In a few little more time, the protagonist gets to know that he is the last hope of the local revolutionary movement in the fight against the horrible tyranny of Min. And now willy-nilly, you find yourself in the epicenter of this battle. This is the moment, when all your adventures begin. 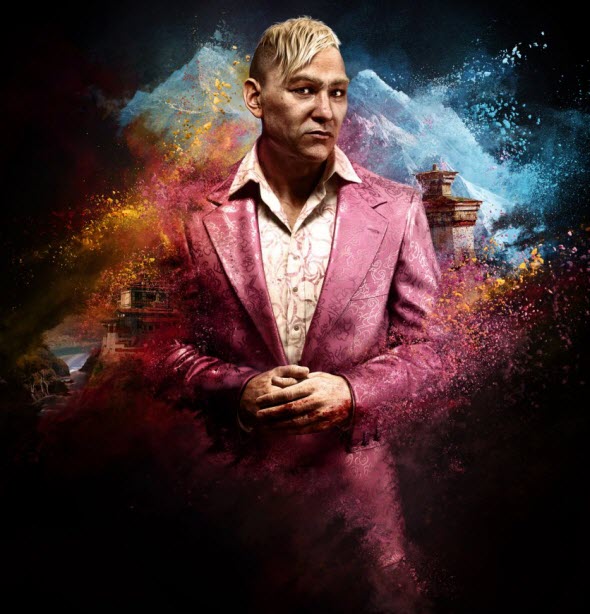 So, you find yourself in a big and diverse world. Here, you can meet lots of wild animals, ride an elephant and even use it as a ram, if you need to burst into some fortress, or you can climb high in the mountains. In general, there are lots of really beautiful places, and sometimes we have caught ourselves not hurrying up to accomplish the next mission, but admiring this unbelievably splendid and unique Kyrat’s world. But this country isn’t only beautiful but it is also vast. Not always you will be able to get to the necessary point by foot, sometimes you’ll have to use an old jeep or a copter - a vehicle, which looks like a helicopter for one person. There is one type of transport for the extreme sports lovers - a wingsuit, which is perfect if you want to descent from the top of the mountains. 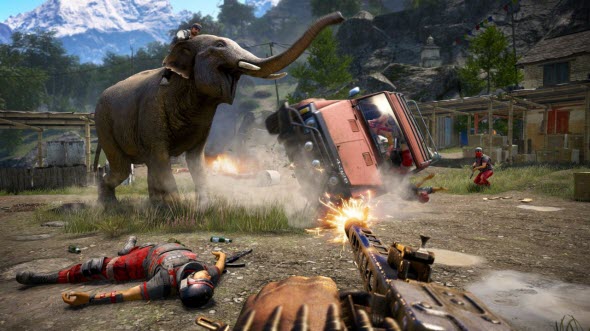 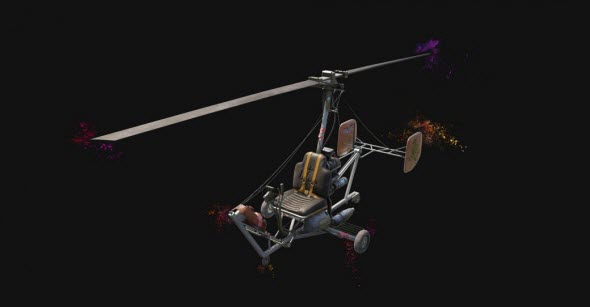 But our Far Cry 4 review hasn’t revealed yet two more important moments of each shooter - the weapon and the missions. Thus, the new instalment will rejoice those who like the different types of the weapon, which, by the way, can be improved. You can buy the bigger magazine or add the new peculiar sight - everything depends on your wishes.

The missions, as it is in the biggest part of the games, may be main or secondary. The first ones move the project’s scenario forward, and the second ones give you a possibility to gain more money, points, rewards or open the points of the quick movement. It’s up to you to decide which mission should be done first, and which - later. For instance, you can try to capture one of the fortresses, but we advise you to do it with your friend, because it’s quite difficult to grab this place alone. Or you can tear off the agitational posters of Pagan Min and eliminate all his radio transmitters in order to reduce the influence of this self-appointed king and gain some pleasant reward. Besides, you can capture the outposts with a huge number of ways, run errands of Golden Path faction, hunt the animals and do many other things. The list of the missions and their diversity in the game impresses for real. 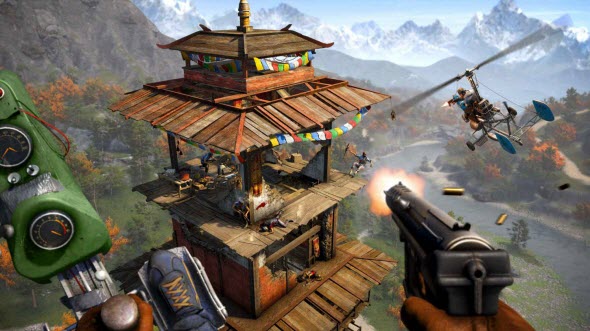 Another important moment, which should be included into our Far Cry 4 review, is the quality of the graphics. And finally, this game’s element is on the highest level. The world in the project is detailed very well, all textures look vivid and uninterrupted, and the whole picture delights the eye.

But as it usually happens, there are problems and bugs. On the launch day of the game in NA, lots of gamers have faced a huge number of problems in the biggest part of the game’s versions. We are talking about the crashes, the problems with the connection to the co-op mode, the map browser issues and many other bugs. So far, the employees of Ubisoft have launched 1.02 patch for PS3 and PS4, which has fixed lots of problems, and soon they plan to release the update for PC.

And now it’s time to sum up. We hope that our Far Cry 4 review has been useful for you and helped decide whether buy this shooter or not. As for us, we can tell you that although Far Cry 4 game has many common elements with the previous project in this series, but it also has lots of new ones, which make this shooter unique and interesting. If the developers tried hard or tested the game a bit longer, it’s quite possible that many problems would be fixed before the project’s release. And while, unfortunately, there are many bugs in Far Cry 4, that’s why our mark to this project is 9.