This wonderful DLC will be the last one for Fallout 4, so we hope you’ll take your time completing it. It’s coming out tomorrow (August 30th) on Xbox One, PlayStation 4 and PC. Let’s dip in the story of this place. You can check out the video for short sum-up over the details, and learn more just keep reading.

Nuka-World used to be a place full of fun, smiles and joy. It held all of its visitors together and treated them right, they got all they were looking for in this park. As for now - after the world around became a Wasteland - this is still a perfect place to stay for Raiders. This might be the kindest place they’ve ever been at. Plus, you can make it even better than it is now, by purging it. 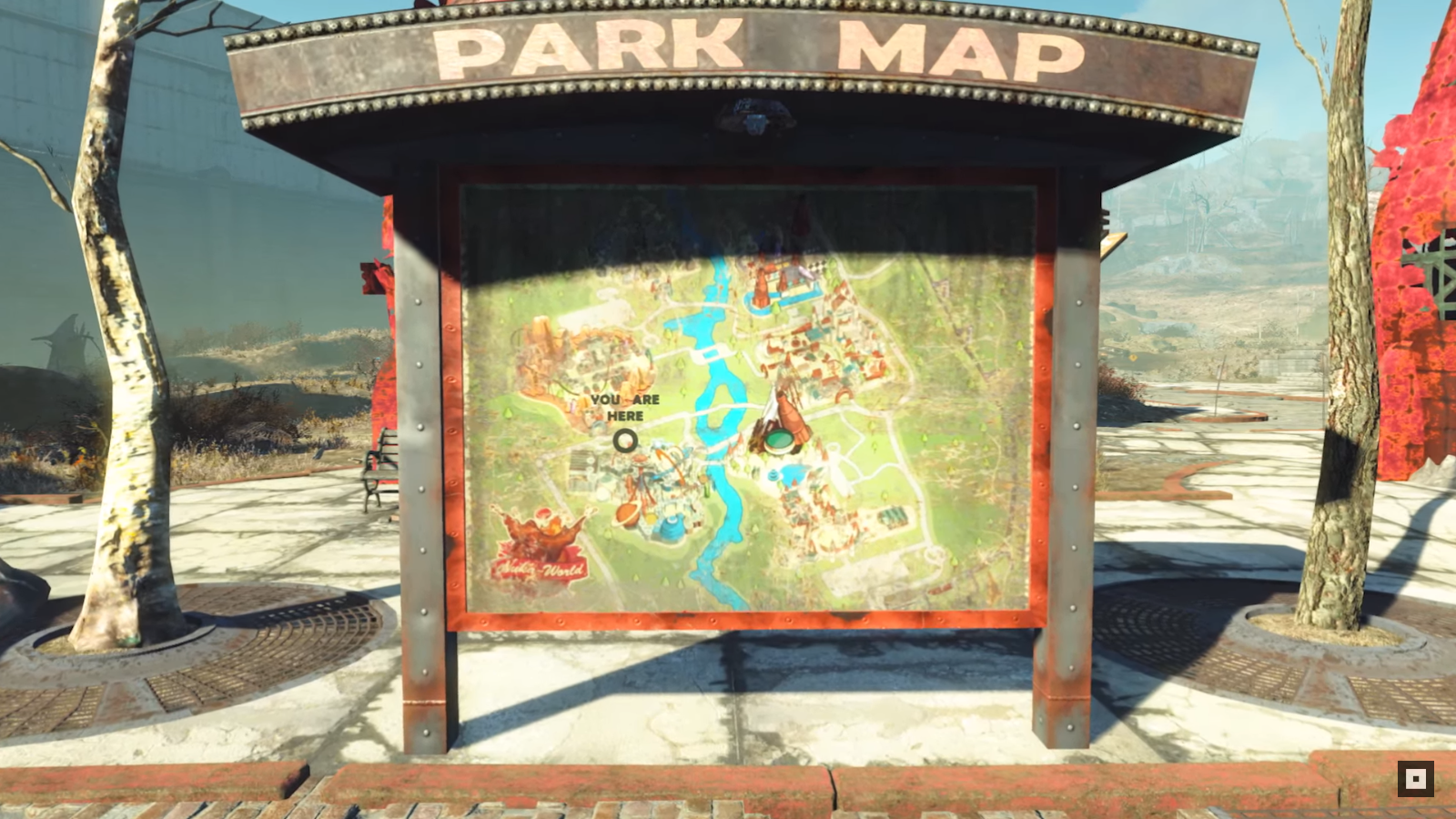 A developer’s commentary - Nuka-World is just a little smaller than Far Harbor, but as for stuff that’s in the addon, it’s the same. As this DLC is the last one they’ve stuffed it as tight as they could.

First of all, as any of the parks you’ve been to it’s zoned into several areas: 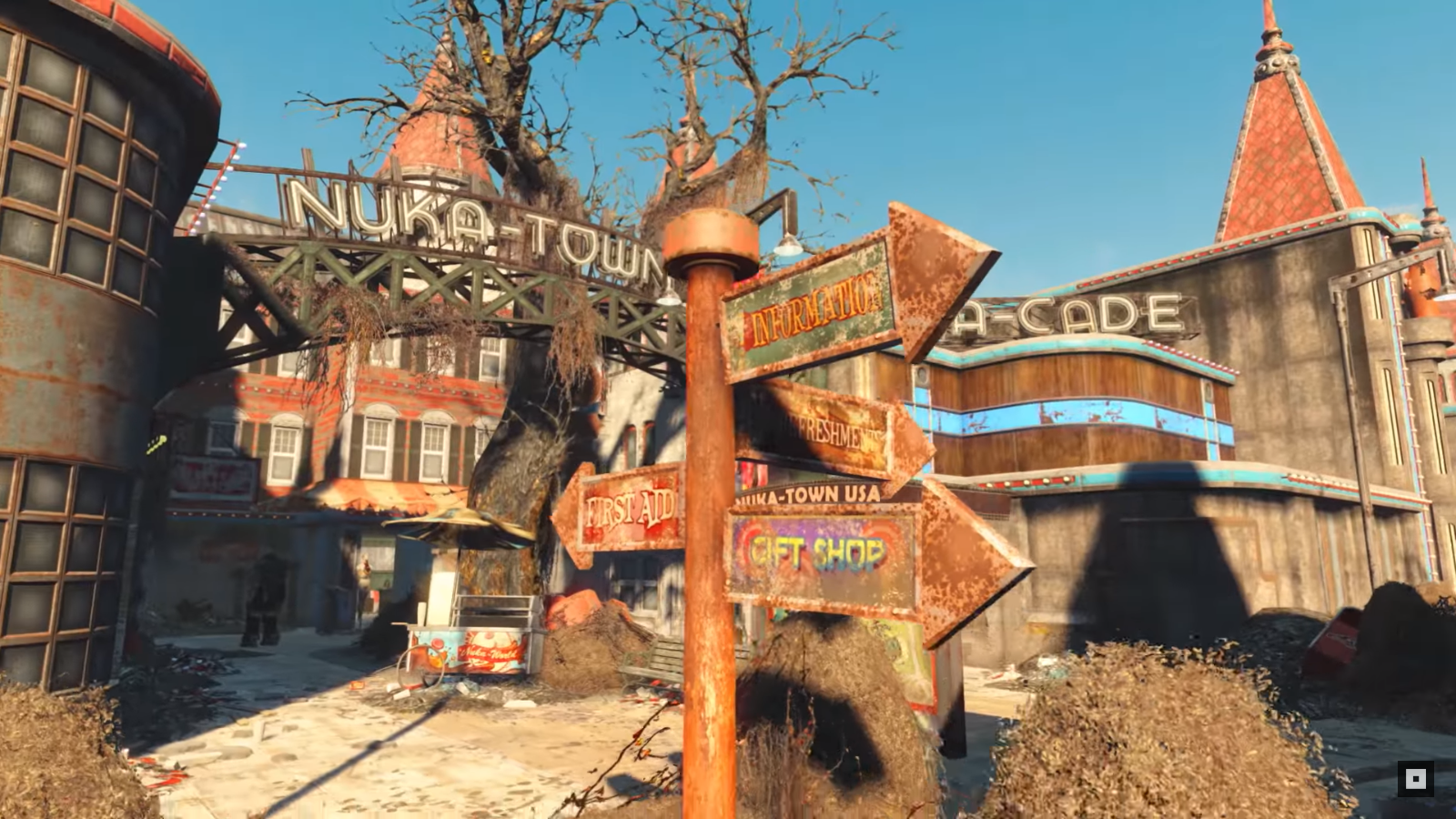 Nuka-Town, USA - the one you start with. The attractions here are the following: the robot-infested Galactic Zone, where the world of tomorrow was brought to life and the Dry Rock Gulch, where the wild west atmosphere meets you and proposes you to ride a mine cart rollercoaster. Sounds like it’s made in the best Wild West traditions :) 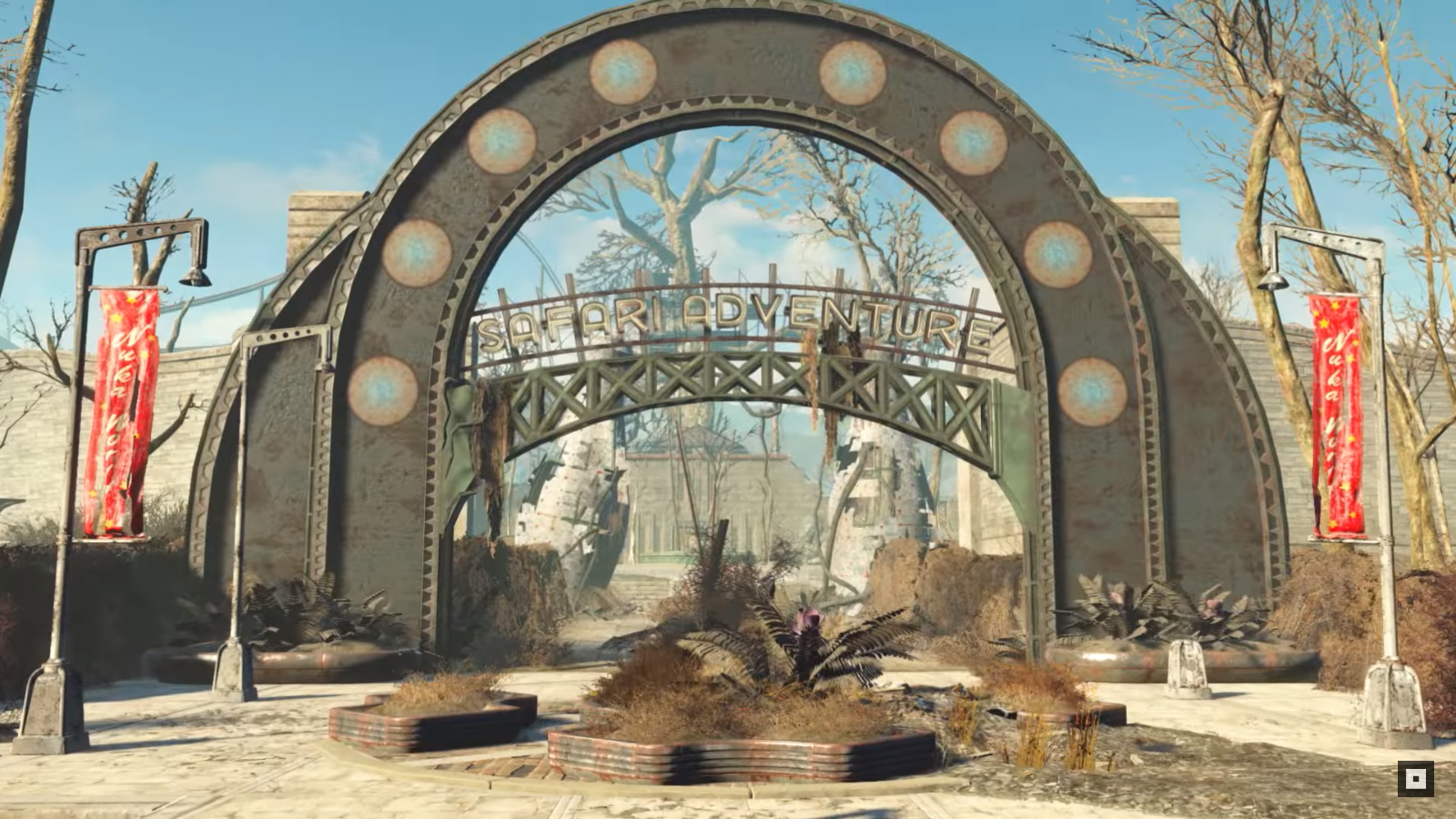 Safari Adventure - Nuka-World’s Zoo. Before buying corn and bringing bananas for the creatures out there you need to remember that a few changes happen to inhabitants of this place. If you’re looking for a monkey you won’t find one, you’d rather be attacked by a monkey-like monster. So eat those bananas to be full of energy, you’ll need it once you’ll get there. As a clue - the mutated alligators are Gatorclaws. 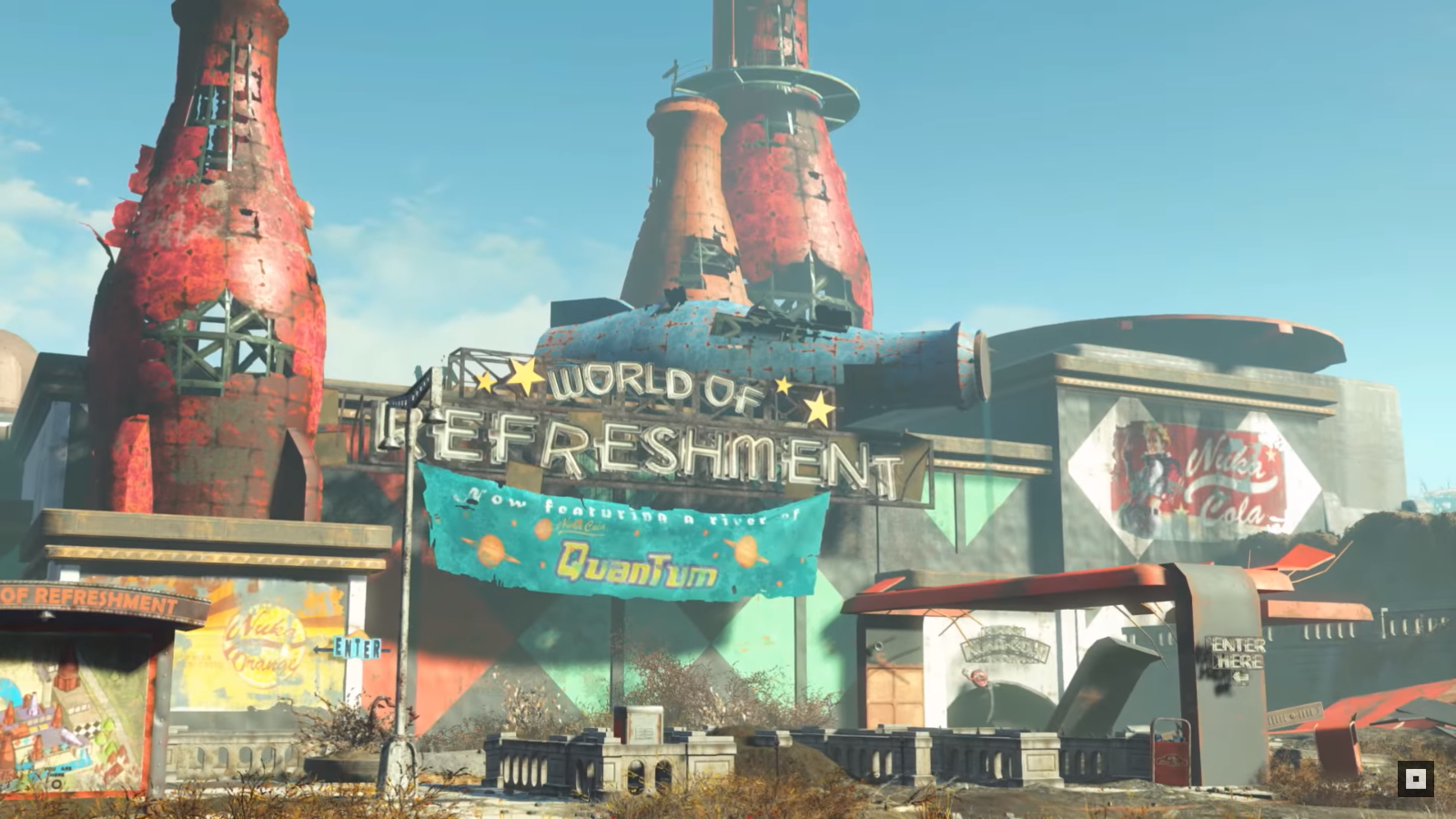 The World of Refreshment - a working Nuka-Cola bottling plant: take a tour ride to find out more about the history of your favorite fizzy beverage. 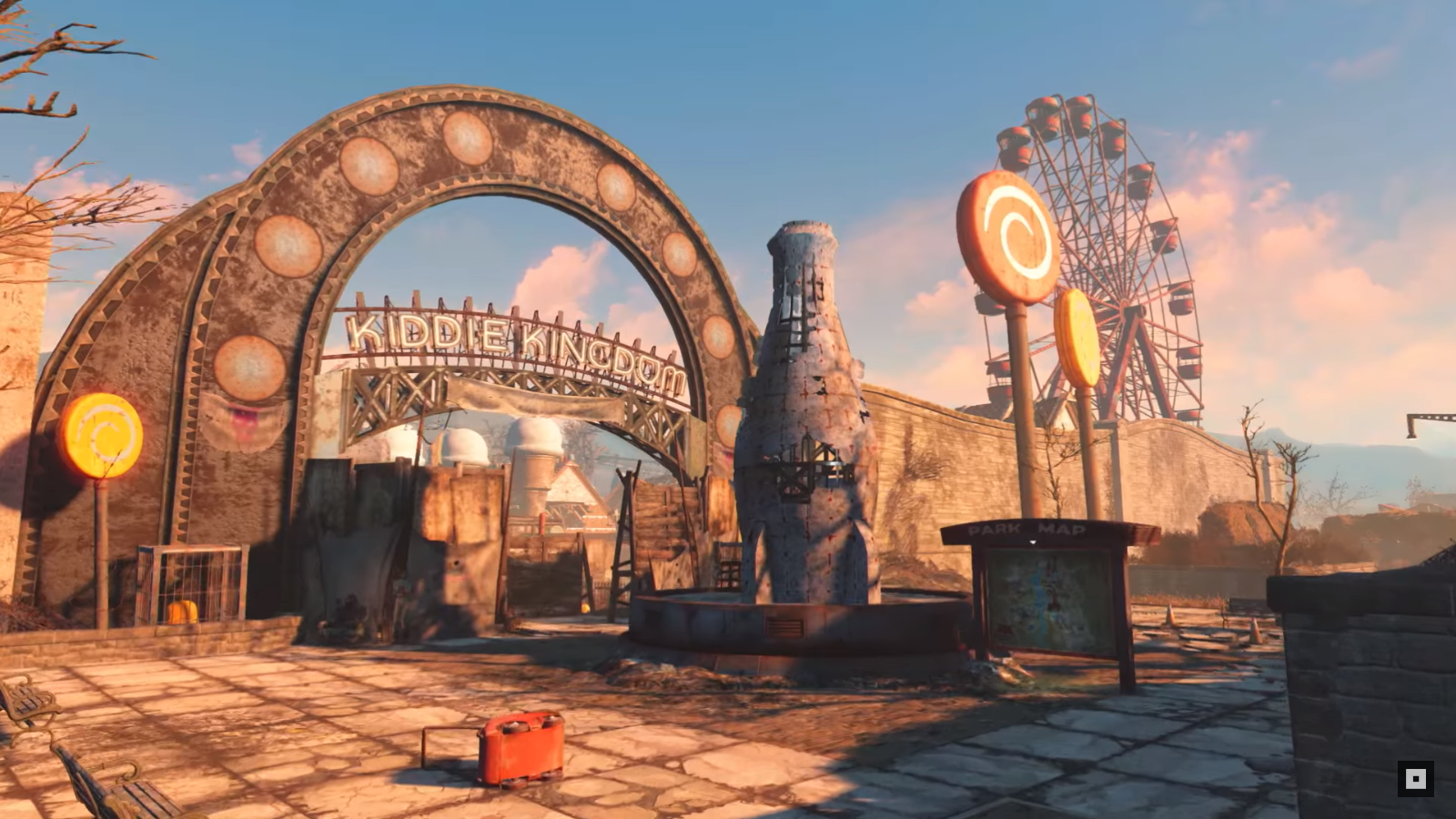 Kiddie Kingdom - the place where families used to have fun and unite. The best thing here is the contrast: instead of being careless in this wondrous place you meet face-to-face with terrifying creatures.

All the other Nuka-World areas are also full of fear and horror, there will be no time for a cup of tea. After cleaning up the area and completing the missions you’ll have a chance to build a new home by the park. What a delight, isn’t it? 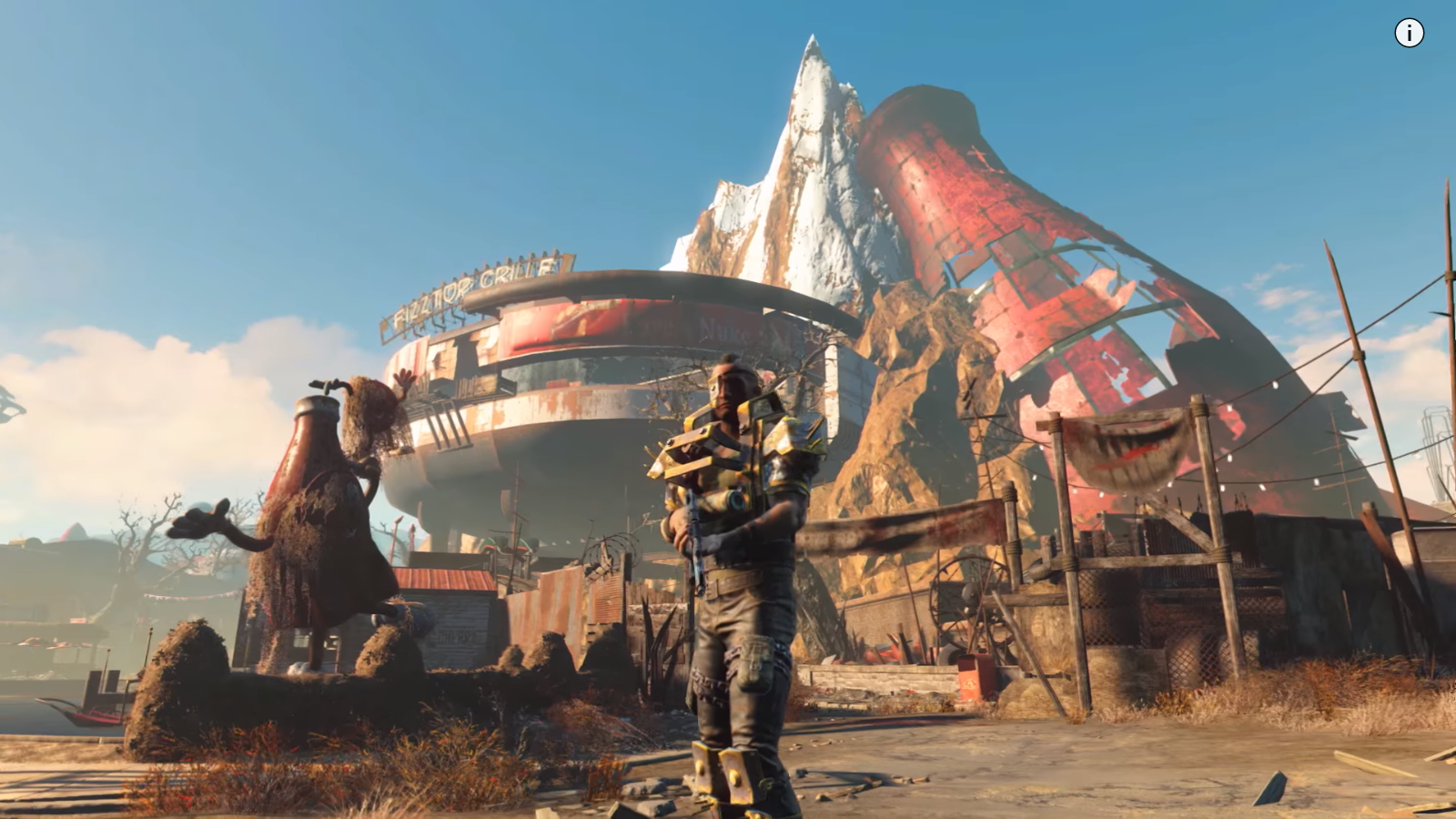 Basically, there are three Raider gangs in Nuka-World. They are very different and don’t like each other. I’d say more, they can’t stand each other. And you’re the One who must solve this puzzle: make Raiders happy to be Raiders again. Here’s a short description of each gang: 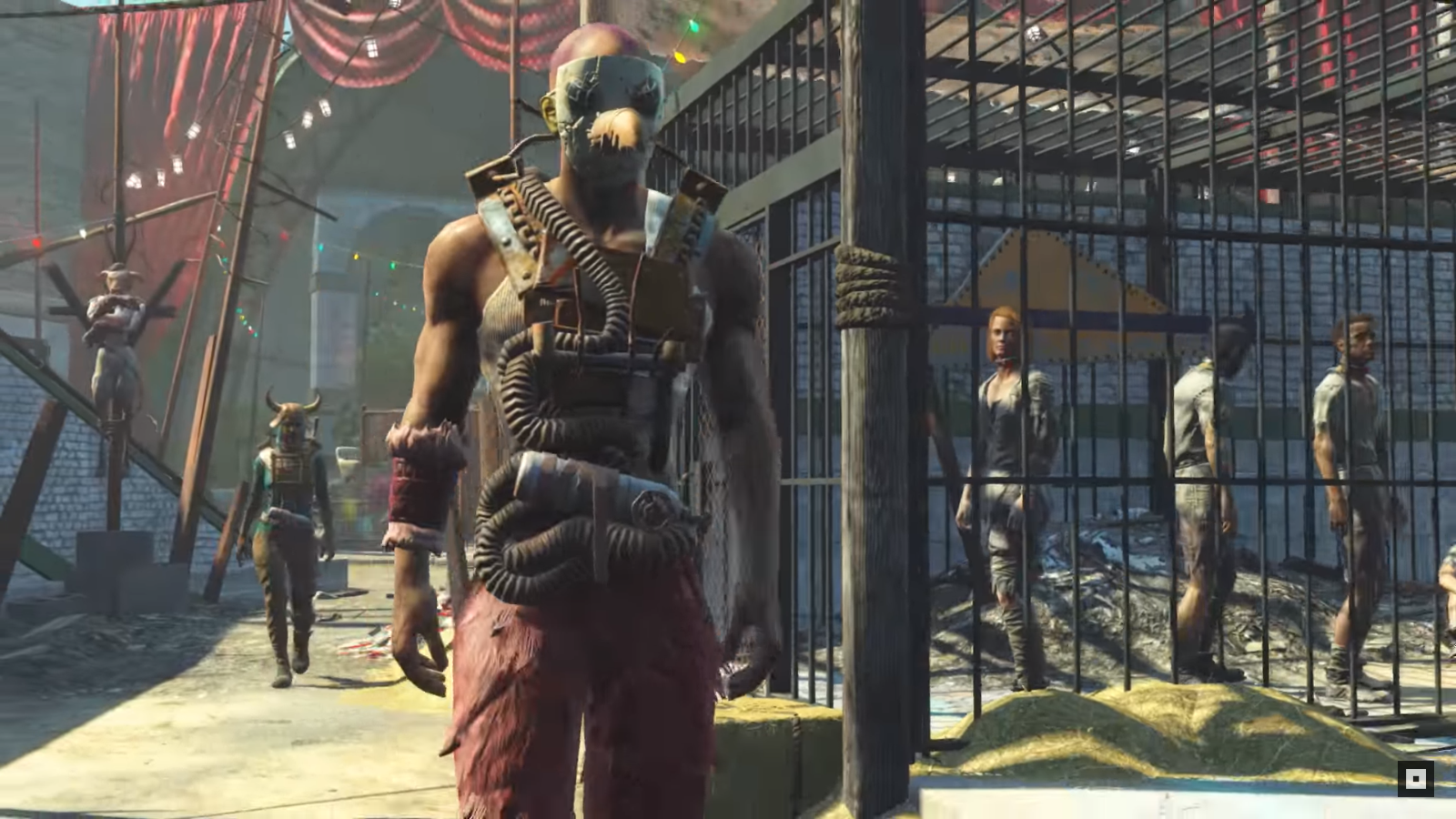 The Pack: absolutely crazy, funny, love animals and train them for fights, use people as slaves. 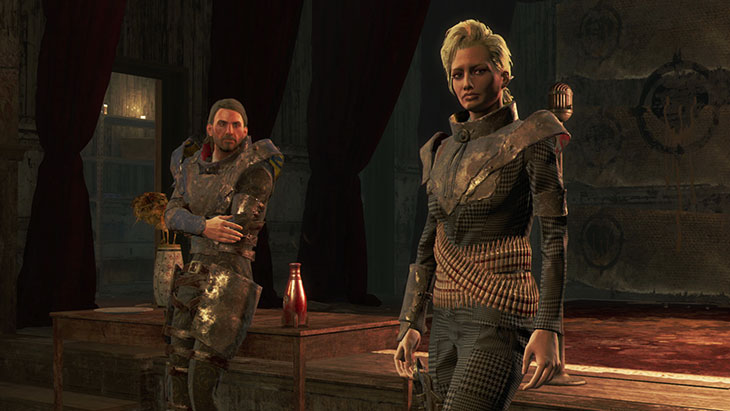 The Operators: believe in killing in style, sly, love to strike from shadows, accurate, the Nuka-World’s aristocrats. 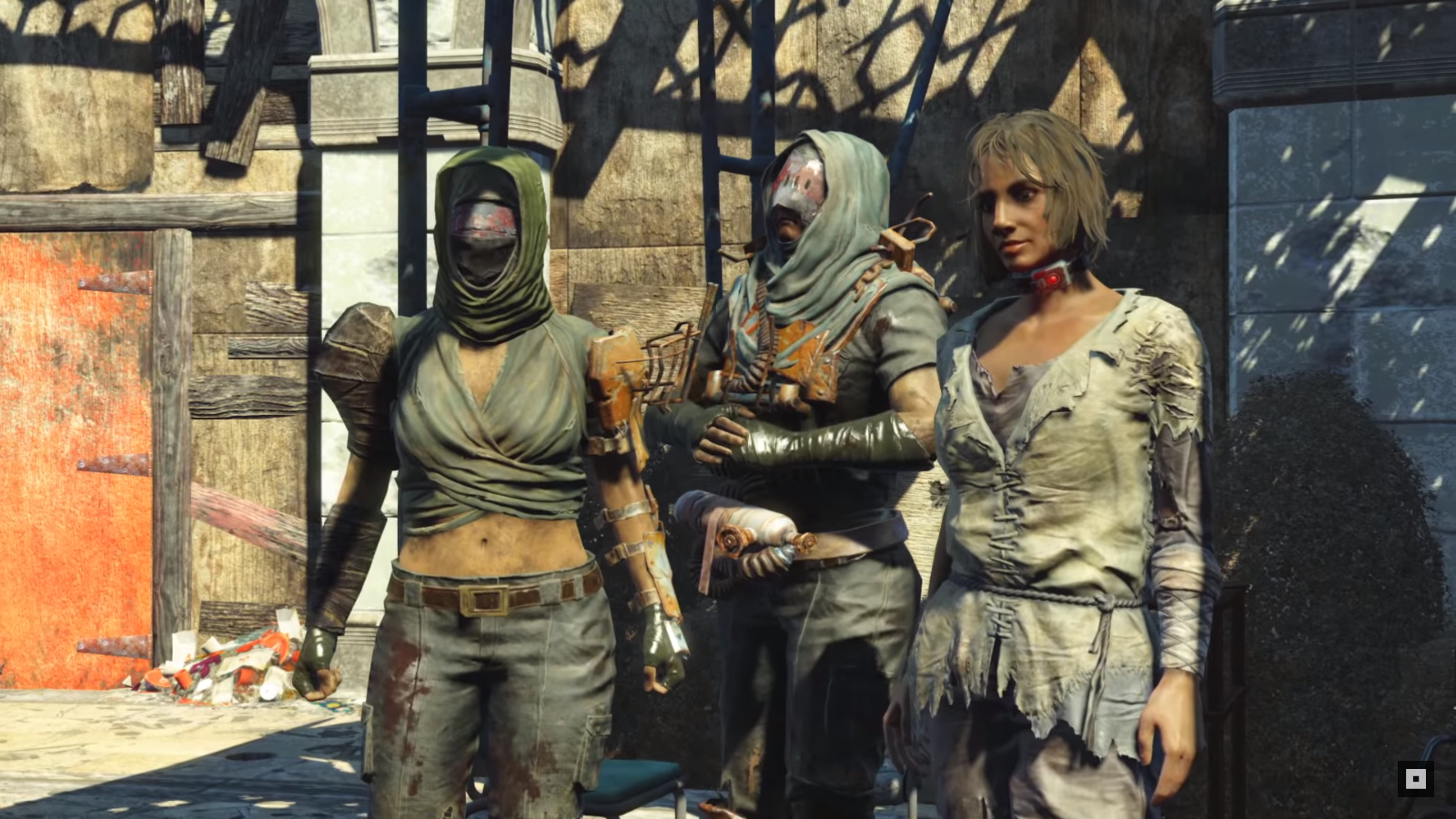 First, you conquer each zone in Nuka-World, then you take control of gang that you like the most. Actually, ‘like the most’ is not very correct here. It’s more like ‘fear the less’ because they can hunt you down later. The way you’re gonna ‘rule’ the gang will form the attitude around you, so you need to pick the right tactics to survive. The best way is to make up your image appropriately, so all of your decisions would be logical and coherent.

It’s hard to explain what awaits because there’s too much to describe. Long story short - you’ll have plenty of armor and weapon. You already know that Fallout 4 has an enormous number of crazy weapons available. And as this is the last Fallout 4 DLC you’ll have an access to the rarest and fancy tools. Paddleball, Thirst Zapper, Acid Soaker and more await for you to try ‘em out!

Because, as Bottle and Cappy said - Nuka-World is about pure F-U-N. Developers claim that they wanted to give players something new to try out. We’ll see if they could keep this promise tomorrow. Get ready to have fun!