The last week of April has almost finished, and it traditionally means that we are going to sum it up and tell you about the most interesting movie and game news of the past 4 days. So let’s do not waste the time in vain and get to know which events of this week are considered to be the most exciting ones.

This week has begun with really intriguing news. Thus, firstly, we told you about the official announcement of CoD: Black Ops 3 game and shared its new details and trailer, and a bit later we revealed you the project’s system requirements. Follow the appropriate links to get to know more.

The announcement of the next part in the DiRT racing simulator series has also been added to the game news of this week. The project titled DiRT Rally is already available in Steam Early Access, and the rest of the game’s details as well as its official system requirements are available in the full article.

The details of Batman: Arkham Knight Season Pass are revealed

Also, our today’s game news digest contains the fresh information about the final instalment in the popular action-adventure series - Batman: Arkham Knight. Thus, recently, the project’s Season Pass and Premium Edition have been announced. And shortly before, the game’s fresh trailer, which demonstrates the new exciting feature and characters, was published. You can watch this reel by clicking on this link. 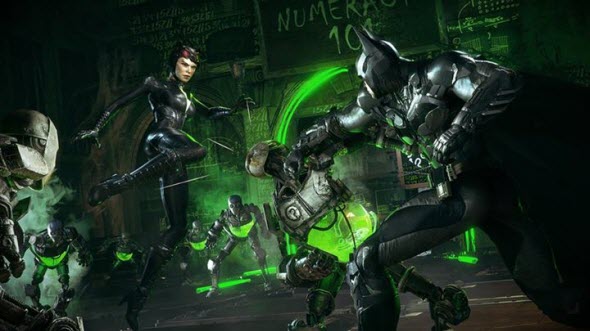 Avengers: Age of Ultron review: is it a worthy sequel or…?

Also, our today’s game news digest includes two reviews at once, which we have prepared for you this week. Click on the link above if you want to know whether Avengers: Age of Ultron is worth of your attention or not. Or follow this link to learn which really interesting projects will be launched in May.

As always, the final point in our weekly game news digest is dedicated to the most viewed videos of the past few days. This time, we’d like to suggest you watching Tekken 7 and DRIVECLUB reels, State of Decay: Year-One Survival Edition and WWE 2K15 launch videos as well as Mad Max: Fury Road, MotoGP 15 and Just Cause 3 trailers. Enjoy!