Following the recent release of the Evolve shooter, which took place two days ago - on February 10th, - Turtle Rock studios launched lots of add-ons to this project. In the Xbox official online store, four pages of the game’s new additional packs are revealed. Unfortunately, these Evolve DLCs are paid. The total cost of them is about $136.

It’s worth saying that currently PlayStation and Steam stores contain not all of 44 add-ons, which are available in the Xbox shop. The above mentioned services offer only 11 of them.

The new Evolve DLCs aren’t included into either the game’s Season Pass or some other special editions. 24 of them cost $1.99, 9 packs are priced at $2.99, 8 add-ons can be purchased for $4.99 and finally the last three are being sold for $6.99. All bundles deliver the various skins for monsters, hunters and weapons.

Let us remind you that this January Turtle Rock studio stated about the freedom of choice in buying the additional content to the shooter. Then, one of the company’s founders - Phil Robb - said that all Evolve DLCs will be absolutely optional for purchase. The gamers will be able to decide if they need these packs. Also, according to Robb, all players will have an ability to enjoy the shooter equally, regardless of whether they have bought the add-ons or not.

Have you tried the new shooter yet? If yes, then share your impressions with us in the comments below the news. 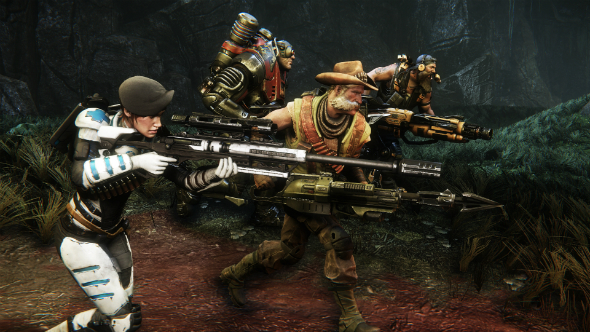