The developers of Far Cry game series don’t sit idly by. Only the day before yesterday, we told you that they launched the first Far Cry 4 update on PC, and already now hasten to share the information about the game’s second patch on the Microsoft’s consoles.

Thus, yesterday, the employees of Ubisoft released the second Far Cry 4 update on Xbox One and Xbox 360. According to the information on the official series’ site, this patch is a bit bigger than the one on PC, and it includes 15 fixes. So, from now, you won’t have any problems with the browse of the game’s map, the aiming with a machine gun weapon, the audio’s absence and the functionality in the shop menu. Besides, the developers have fixed some problems with the localization, the random issues, which appeared during the host migration in the co-op, and some rare problems in all game’s modes and some minor QTE bugs, related to the specific animals. Also, now the custom matches will be working stably, and the progression page in Story missions will be shown correctly.

The second Far Cry 4 patch for Microsoft’s consoles is already available for download, and the employees of Ubisoft strongly recommend you to download it as soon as possible in order to have the optimal game’s experience. 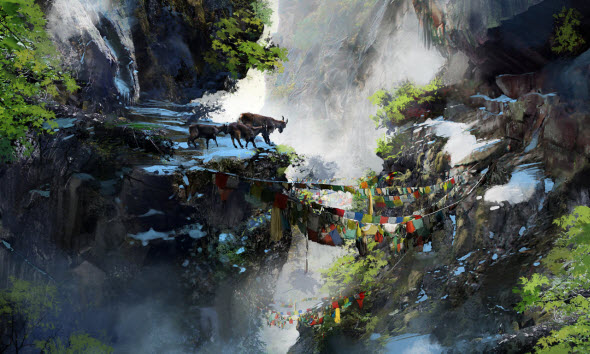 Besides, a new interesting Far Cry 4 video has appeared online. The user of YouTube with a nickname xGarbett has published a reel, in which he demonstrates another alternative ending of the game (spoilers!). As this gamer tells, in the moment when Pagan Min is flying away on an helicopter, you shouldn’t let him dissapear, but destroy his air vehicle as it’s shown in this Far Cry 4 video.

And what do you think about this reel? Have you already downloaded the second Far Cry 4 patch on Xbox One and Xbox 360? Leave your comments below.