Despite the yesterday’s news about the new fighter - Tanya, - who will appear in Mortal Kombat X in June, some not very pleasant information about this project has appeared online as well. First of all, it will be interesting for the owners of the last-gen consoles who anticipate the release of the new fighting game. It seems that the launch of Mortal Kombat X on PS3 and Xbox 360 is postponed again. However, neither High Voltage Software nor WB Games have confirmed such information yet.

The changed release date has been spotted on the project’s pages at such famous retailers as Amazon and GameStop. According to the published details, the launch of Mortal Kombat X on PS3 and Xbox 360 will take place not on June 2nd. Currently, the release date is specified as December 31st, which means that the exact terms of release are unknown so far. One of the portals has stated that earlier GameStop warned its buyers that the project’s release will be delayed till autumn. We hope that soon the developer or the publisher of the game will provide us with the official information concerning this. 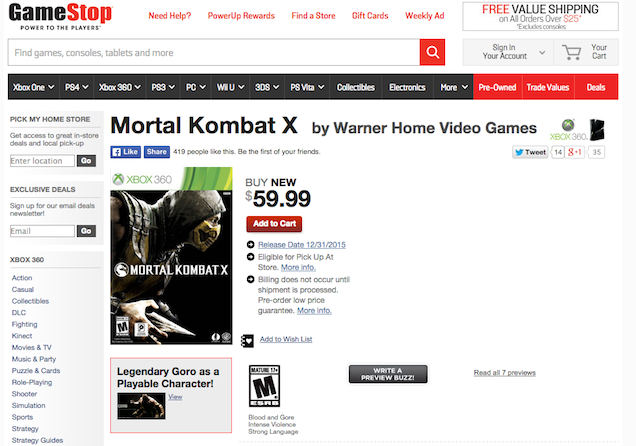 Let us remind you that it’s the second time when the launch of Mortal Kombat X on PS3 and Xbox 360 is postponed. Originally, these versions had to come out along with the other ones on April 14th. However, closer to this date, the project’s creators announced the reschedule of the launch for June 30th. But as we see, this date isn’t convenient for the developers as well.