If you are a fan of Assassin’s Creed game series, then you probably know that the next AC Unity update had to be released yesterday, but you may not be aware that this game’s fourth patch is delayed a bit.

Thus, yesterday, the employees of Ubisoft Montreal announced on the game’s official pages in the social networks and in blog of updates that the launch of the project’s next patch has been postponed a bit. Initially, the fourth AC Unity update had to be released on the 15th of December, but now, according to the developers, it will come out a few days later. They have took such a unpleasant for the gamers decision because thay need a bit more time to provide the gamers with the promised improvements not having sacrificed the quality. They have told the following: “We are committed to delivering major performance improvements, which requires that we refurbish the Paris map and that will take a few more days to hit the high level of quality our players deserve”.

We’d like to remind you that the fourth AC Unity update is destined to fix multiple problems with the stability and the performance in the PC version of the game as well as some issues related to the incorrect online matchmaking and the connectivity. 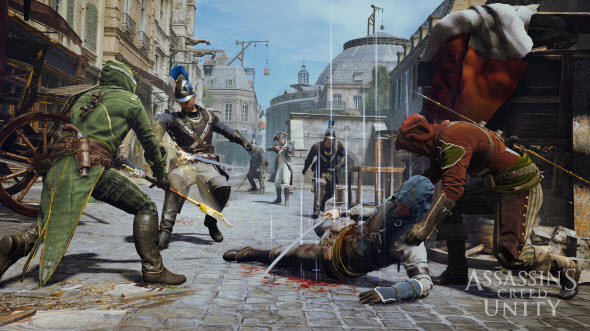 Are you waiting for the project’s new patch? Which bugs and problems disturb you the most? We’ll be glad to read your answers below.