As you remember, at the beginning of October, the special edition which will include three instalments of Naughty Dog’s popular action-adventure series - Uncharted - will be launched. This pack will become available on October 7th in Europe and on October 9th in North America. However, it has been revealed that along with the mentioned edition players will be able to purchase Uncharted: The Nathan Drake Collection bundle. 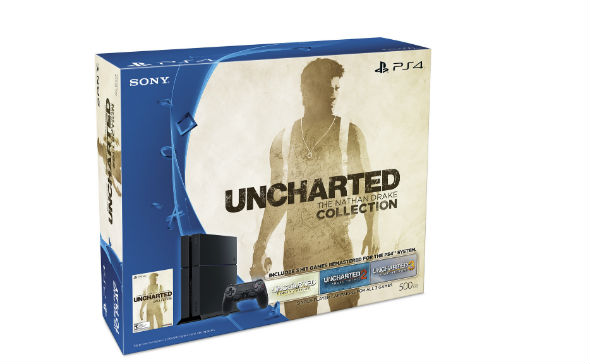 It will include the copies of Uncharted: Drake's Fortune, Uncharted 2: Among Thieves and Uncharted 3: Drake's Deception as well as a PS4 console with a 500GB hard drive. Sony company has also shared a TV commercial of the future pack:

The announced Uncharted: The Nathan Drake Collection bundle will be priced at $399. It will hit the market on the same day as the edition will be released.

Let us remind you that last week Naughty Dog revealed the official launch date of the final part in the Uncharted series - A Thief’s End - as well as told about several box and digital editions of the future action-adventure game. Get more details about them by following this link.