2016-05-26by Anna Stepko 1792 views
As No Man’s Sky release date came near, we get a rumour that it may not make it out in June as it was planned. The upcoming space exploration game may now be released in July or August, though specific dates were not provided. One of the managers who works in a game shop said that although stores have received marketing materials with the June 22 date on it, they were instructed to put a “coming soon” sticker over the date as it was no longer correct. 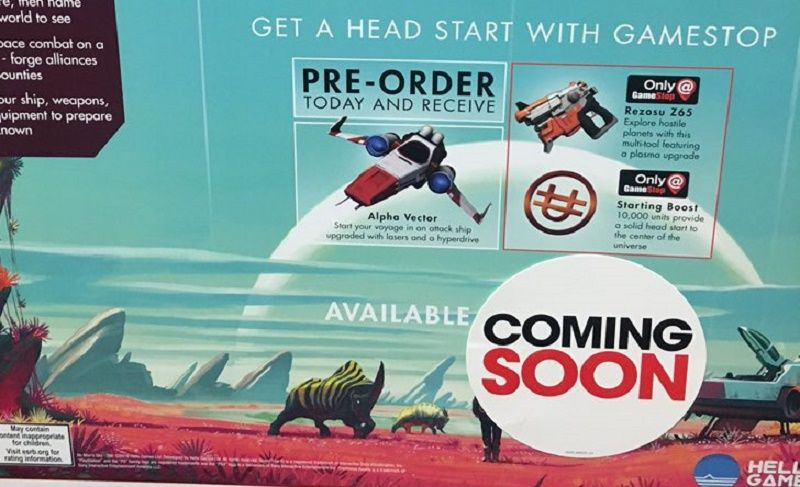 This delay may be explained by the fact that Hello Games is not a big studio, but they seem to be really ambitious about this project. If you’ve watched the trailers and read the reviews, you’ll agree with me that the game seems to be quite nice and huge. It’s kind of endless open world, that’s awesome! People keep arguing in the comments about whether they should FORGIVE developers or nah. Well, you can keep your hurt and act like you’re offended, but let’s be honest: when this gorgeous game comes out you will forget about everything you said before and play with great pleasure. No Man’s Sky’s June release date was announced in March, alongside the price and details of the collector’s edition. As the new release date comes up, we will inform you! We hope it will be announced with a trailer or something, to remind all the gamers how beautiful this game will be and to make the haters feel guilty for their riot. Meanwhile, you can check out our No Man’s Sky preview.
Tags:  No Man's Sky, PlayStation 4, preview, PS4, release
Related game