No Man’s Sky: Panic and Delight in Hello Games 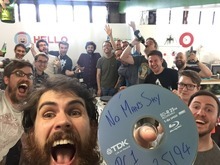 The madness around No Man’s Sky is growing each day, although it’s been only one day since it came out and people started to play. Gamers rush into the universes, they save and share their creations, servers are down and developers don’t know what to do to fix that. It’s hard to imagine how shocked is the Hello Games team: 10 people created a disaster. In a good sense :) 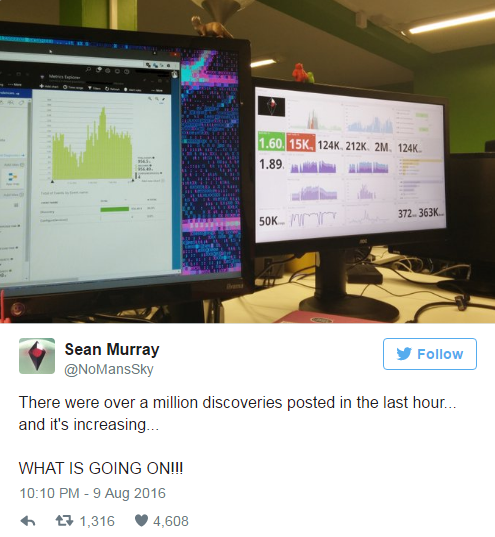 Sean Murray was nervously joking, because the pressure that flooded from fans was enormous. These were the hardest two days for the team, if I were one of them I would forget to sleep and to eat, I’d just drink coffee and watch the servers falling down. 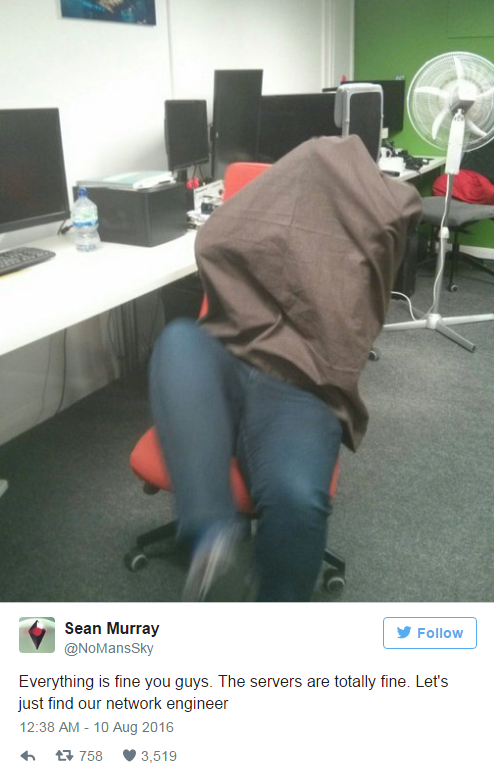 Another remarkable thing that happened on the very first day of playing No Man’s Sky is that two streamers nearly met in a singleplayer world. TheSadCactus found a system that was already modified by another player - Psytokat. Both are fellow Twitch streamers. They’ve contacted each other and kept trying to find each other in another universe.

Hello Games also added a ‘scan for other players’ to encourage the tries to find each other, but, unfortunately, this attempt was unsuccessful. Maybe the other ones will be more profitable.

We should not forget about what Hello Games promised at the beginning of No Man’s Sky development: even if you and your friend have got to the same location you won’t be able to see each other. The same warning appeared about the multiplayer: it’s never gonna happen. Weird and sad, because it would be awesome.

The cleverest decision is to calm down and wait until Hello Games will say something to make us understand what have been going on these few days.