Here are the pleasant news for the fans of Metal Gear Solid stealth-action series and those who anticipate the launch of the next instalment in this franchise. Just an hour ago, the official MGS V: The Phantom Pain release date as well as two special editions of the project were announced. Let’s start in order.

According to the information from the developers, the MGS V: The Phantom Pain release date is set for September 1st, 2015. On this day, the project will come in all regions on the current and last-gen consoles.The PC version of this action will hit Steam on September 15th. In six months, the players will be able to enjoy the thrilling gameplay in the open scale locations, appraise the dynamic change of day and night, fight against the powerful AI-enemies, improve the combat skills and try the exciting multiplayer mode with friends. By the way, the last one will become available at action’s launch.

In addition to all listed above features, the MGS V: The Phantom Pain game will include the new tactical elements, which will be brought to the project by Mother Base system. Besides them, thanks to the upgraded Fulton system, the players will be able to transfer vehicles, weapons, materials and guards by air. All these sources will help develop the military base.

And if you’re willing to get more bonuses and interesting content, then we offer you to learn the details of two special MGS V: The Phantom Pain bundles. The first one - Day 1 Edition - will contain a map (only in the physical copy) as well as such additional in-game items as silver ballistic shield, Snake’s suit, cardboard box, XP boost in MGS Online. By the way, those who will purchase the PC version of the game will get all listed content at launch.

The next MGS V: The Phantom Pain bundle - Collector’s Edition - will have lots of both physical and digital bonuses. The first ones are:

The extra digital content, which will be included into the Collector’s MGS V: The Phantom Pain bundle, is the following: 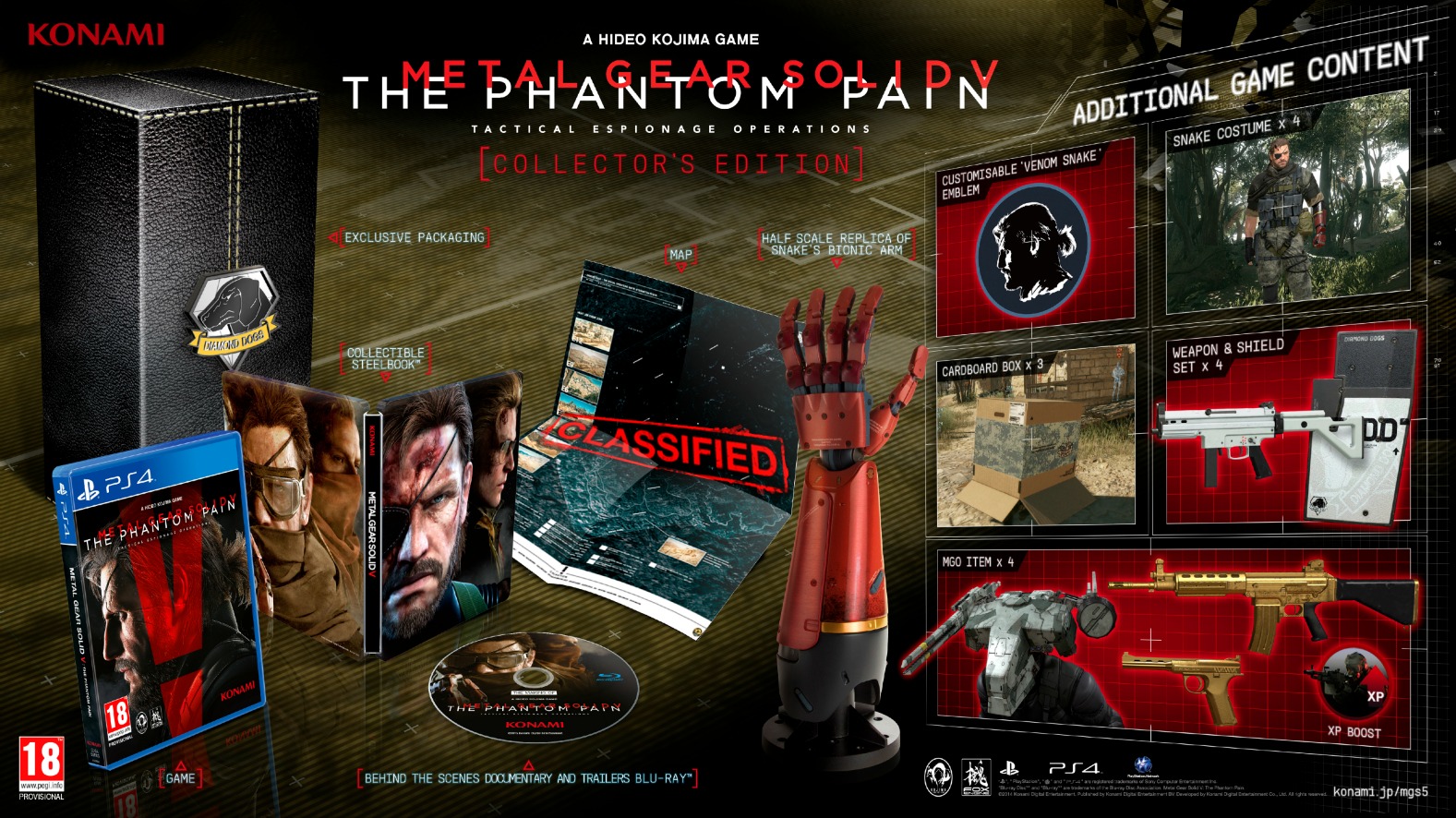 Are you glad to know the official MGS V: The Phantom Pain release date? Will you purchase one of the mentioned bundles?