Hey there, Mafia lovers! GameSpace team has some good news for you. A few days ago Mafia 3 developers published the official list of system requirements and some videos that might take your eye. Anyway, let’s start with the specs.

As always, we’ve got minimum and recommended requirements:

Seems like system specs are not too tough, we hope that your PC can handle Mafia 3. 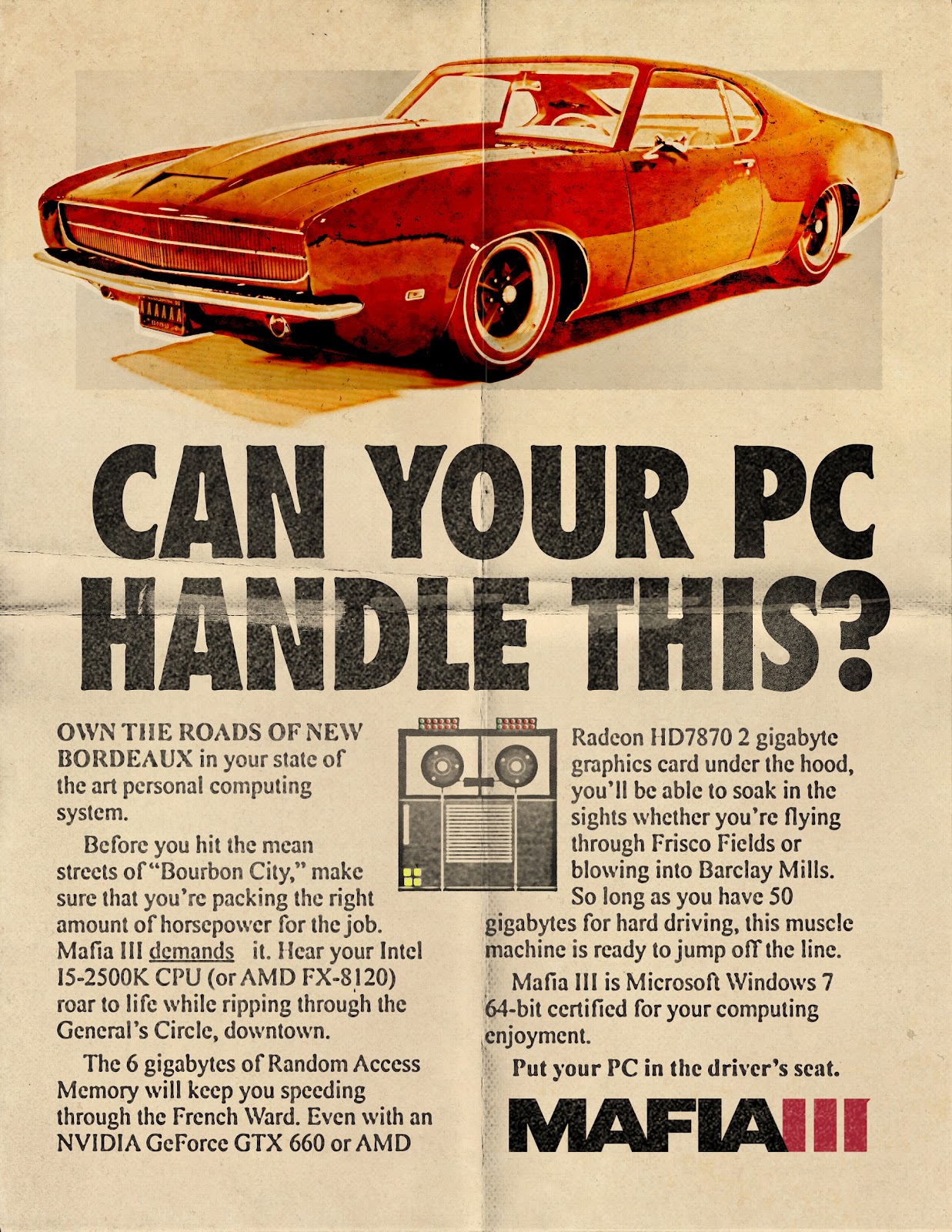 Now to the videos: even though the game hasn’t come out yet we’re being informed by Mafia 3 developers about the first after-release content. Watch the video below to find out more about this stuff.

How about some braggin’? Mafia 3 developers will tease you with talks about how huge and rich is the Mafia 3 world. Watch the video to find out more about the content that waits for you to explore it.