The new Halo: Spartan Strike game, which was announced last October, has finally arrived to such platforms as Windows 8, Windows Phone and iOS. The released project is priced at $5.99.

Let us remind you that originally the launch of Halo: Spartan Strike game was expected on December 12th. However, due to the problems with Halo: The Master Chief Collection and the necessity of their salvation, 343 Industries studio decided to postponed the release of this shooter.

Halo: Spartan Strike game tells about the events, which take place in the city of New Mombasa in 2552. The players will have to complete thirty uneasy missions and lead the UNSC soldiers to victory. The gamers will have a rich arsenal of weapons, numerous vehicles and some additional abilities at their disposal.

In addition to the single player campaign, the owners of PCs with Windows 8 will be able to compete with their friends for the first places in the leaderboards in the weekly challenges. The winners will get an exclusive emblem, an avatar or a nameplate in The Master Chief Collection on Xbox One.

But the new Halo: Spartan Strike game is not all, what 343 Industries offers to its fans. There’s also Halo: Spartan Bundle available on Steam and AppStore. It includes the original Halo: Spartan Assault and the newly released project. The collection costs $9.99. 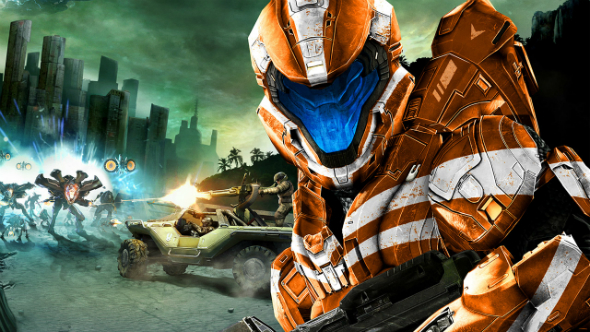