As you propably all know, the launch of the highly anticipated GTA V on PC will take place quite soon - on the 14th of April. Due to this event, the buzz around this amazing action-adventure not only doesn’t decrease but even gains monumentum.

Only a few days ago, we showed you two brilliant trailers of the upcoming project, which you can watch here and here, and now hasten to share some other interesting information about it. Thus, recently on the game’s page in Steam, the official GTA V system requirements have been published. Let us remind you that the developers presented them at the beginning of January 2015, but then they specified that these project’s characteristics could be changed later, and the new information may be told closer to the game’s release. Unfortunately, the official GTA V system requirements haven’t been changed at all, and it means that your computer should have at least 65GB (!) of free space in order to install the game. This is a quite depressed fact for lots of players who have been waiting exactly GTA V on PC, because even PS4 and Xbox One versions of the project weighed almost 23GB less (41,8GB) than the first mentioned one. The main reasons of such a big size of the game are the implementation of Heists DLC, the graphics of high quality and 4K resolution.

Taking into consideration such a big size of the project’s forthcoming version, the developers have announced the start of GTA 5 pre-loads from the 7th of April in order to avoid the overcharge of servers in the game’s launch day. Already tomorrow, you will be able to pre-load this action-adventure via Steam or Rockstar Warehouse. That’s why if you have already preordered this game and do not have a broadband Internet, we advise you not to wait for the release date of GTA V on PC, but to take care of the project’s pre-load in advance.

And if you haven’t bought this game yet, we suggest you visiting our partner’s store - CDkeys.com, - and purchase this cool action-adventure only for $45.21 there. 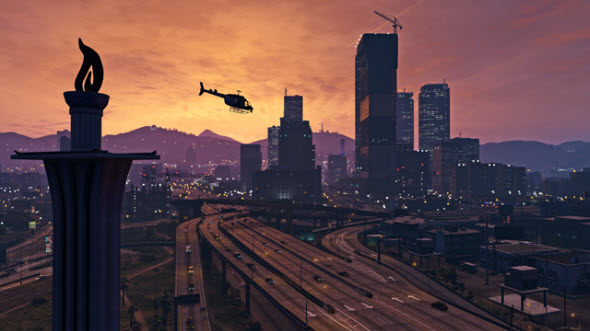