First Far Cry 4 update on PC has been launched

Yesterday, we presented you our quite big review of the next instalment in Far Cry shooter series, in which we told that the developers had already launched the first Far Cry 4 update on PS3 and PS4. And today we hasten to share the information about the game’s patch for PC.

Thus, according to the post on the game series’ official site, yesterday the employees of Ubisoft launched the first Far Cry 4 update for PC. We need to specify at once that this patch isn’t so big as the one for Sony’s consoles, but nevertheless it has fixed two major and the most unpleasant problems in the shooter. We are talking about the black and green screens. The first issue was encountered by the gamers who tried to launch the game, while the second bug appeared when they were reaching the end of an Outpost Master Mission. For the current moment, both these problems are fixed, and it means that already now you can plunge into the rich world of the game and enjoy it. This Far Cry 4 update will be downloaded automatically by your Steam or Uplay client after launching the online mode of the project.

Besides, the developers have told which problems they are investigating right now. Thus, the employees of Ubisoft are trying to identify the nature of three more bugs - the mouse accelaration, the black shadows on SLI and the incorrect key bindings. Also, the game’s creators ask you to contact Customer Support if you find any other unnoticed previously problems. 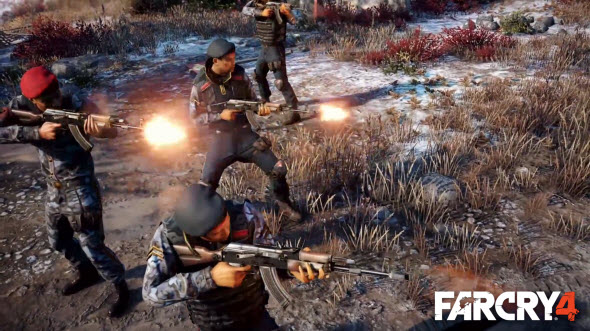