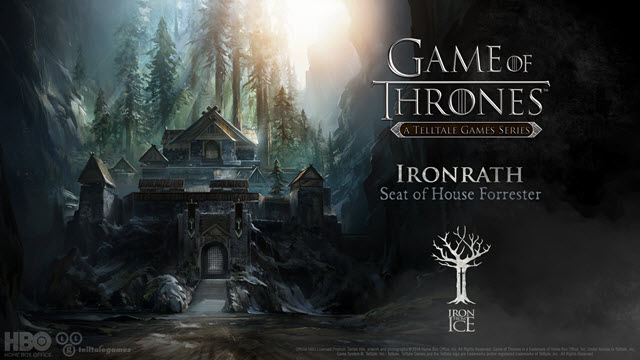 At the beginning, I want to say that I had huge expectations for this project. I do like Telltale’s games, the idea of interactive movies and I’m a big Game of Thrones fan. When I started the first episode, I got almost everything I wanted to see in the game. It was very close to the traditional Game of Thrones atmosphere; it offered interesting story and rather memorable characters. However, coming to the end, Telltale’s project has lost its beauty and left me totally unsatisfied. My Telltale’s Game of Thrones review will tell you why.

Telltale’s Game of Thrones introduces us to the Forresters — a family from The North loyal to House Stark. The first episode starts with the Red Wedding and involves us in desperate struggle of The Forresters to save their family from death and devastation. Just like the books themselves, Telltale’s Game of Thrones reveals the story via different characters, mostly the Forresters children. It is worth to mention that each character is rather unique, and his or her story has some specific features.

Thus, two brothers, Ethan and Rodrick, become the lords of their house and should find the perfect combination of diplomacy and strength to repel an attack of the Whitehills — the house that tries to conquer the Forresters. Mira finds herself in King’s Landing, where she meets lots of influential and well-known heroes and tries to understand the plots of the royal household. Asher is seeking for an army from the east, helps Daenerys to seize Meereen and fights the dragons. And finally Gared — lord’s squire — will travel to the wall and beyond it to find the mystical place with magic powers. All heroes have the same aim, but not all of the storylines are connected. 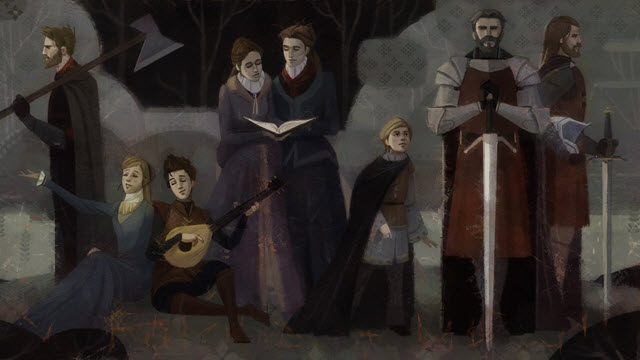 The one thing that impresses the Game of Thrones fans from the very beginning of the Telltale’s story is the perfect atmosphere very similar to the books and TV Show. Telltale’s project is unexpected, tense, gruesome and bloody. And from one episode to another it becomes — god, I can’t believe I’m saying this — too bloody for Game of Thrones. Seems that the joke about the good guys who always suffer in Game of Thrones franchise has become the main direction for Telltale. Seriously, these poor Forresters go through the pain and grief from the first to the last minute of the game. Meanwhile, all their enemies are safe and sound. 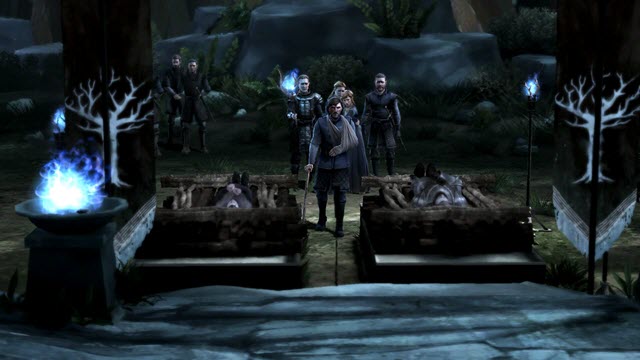 I’ve spent almost the whole year trying to save the family of good guys and in the end I’ve got only a couple of encouraging phrases and a teaser of the next season. I understand that Game of Thrones can’t get the happy end, but the finale leaves too many questions and too less revenge whatever I do during the six episodes, and this fact leads us to the next weak moment described in my Telltale’s Game of Thrones review — choices.

Telltale’s project should be the one about choices. You should make decisions about everything — how to act, what to tell, which behavior to choose. You can decide who should die and who should continue fighting, you can be smart and cunning or desperate and courageous. Moreover, you have limited time to choose that adds a bit more tension to the gameplay. But in the end — it doesn’t mean anything. The heroes who are meant to be dead will be dead, the heroes who could be saved will suffer anyway. Telltale’s Game of Thrones forgets about being a game and looks like a new episode of the TV Show that is cool and interesting but makes you crying “Why?!” after each 15 minutes and doesn’t ask your opinion at all. 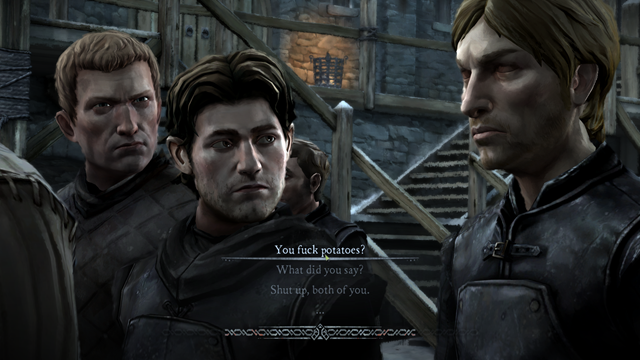 Besides the choices and numerous dialogues, sometimes you will have to fight against enemies you meet. All combat scenes are similar to each other, and you will need to move right, then move left and press some other buttons to win. First two or three battles may be a bit challenging, but it’s annoying that both the fight against a man and the fight against a dragon equally simple. 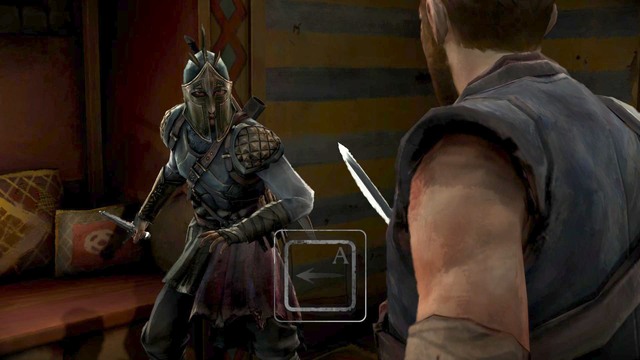 And of course, graphics is not the best thing Telltale does. This game is about plot and choices, but still in the age of the next-gen it’s not cool to look at plain and awkward characters. Hope the graphics will be a least a bit better in the season two.

So, it’s time to sum up our Telltale’s Game of Thrones review. We have a great bloody atmosphere and tense plot from one side; the unsatisfying finale, leak of influent choices and average graphics from the other side. My point is 6 out of 10. And this score is all about Game of Thrones, and not about Telltale.