Nobody likes to spend money on stuff that is available for free (almost). Street Fighter 5 has a free-to-play style system. That means that if you purchase the game once you get all the DLCs for free. But if you want some additional stuff like stages, costumes, characters you have to pay real money for Fight Money. If you’re not a lazy person and you enjoy playing Street Fighter 5 we’ve got some good news for you: save your cash and earn money in-game! We present a short sum-up over all the ways to earn FM in Street Fighter 5. 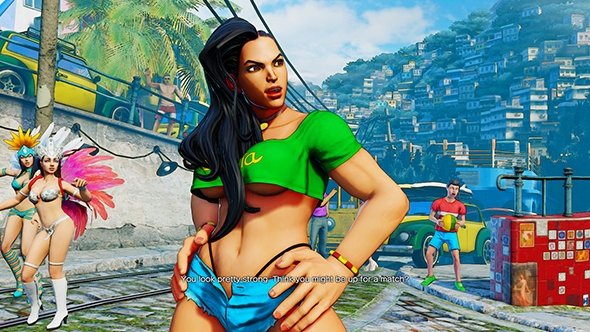 Basically, this thing is kind of automatic and independent. You just gotta play and eventually, when one of your characters gets a level up you get 1000 Fight Money. That’s not bad in comparison with other ways to earn money. 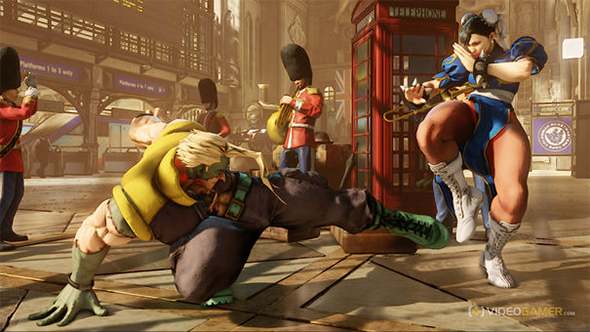 The most traditional way to play this game. If you remember, players were not amused by that they get a single player mode. That is a great opportunity to earn experience, by the way. Don’t ignore it. Another perk you get in survival mode are the new colors of clothes that your character wears.

Now about the survival mode. We’ve classified the difficulties and all information about then below:

Pretty risky, huh? Check out the numbers in Extreme! If you lose on your 87th fights you don’t get any money. But don’t get upset if you’re in that kind of situation, you get the XP points, they’ll increase your character’s level. However, if you’re not THAT confident we’ve got a few less chancy ways to get that amount of money. 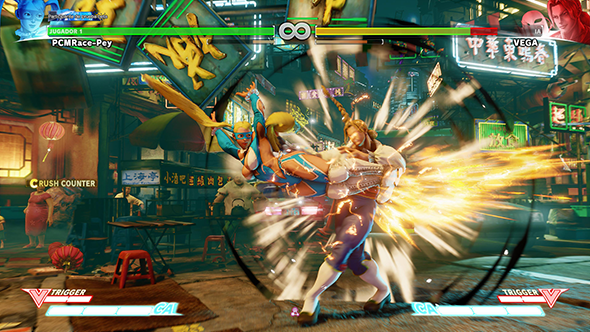 Here’s one of the profitable ways. As you might know, every character has a history that has 2 or 3 fights to complete. To find the Character Story mode go to the menu, find the Story option and look down. Hit the Character story to complete each characters’ story. Each one is worth 10,000 FM. Not bad, huh? 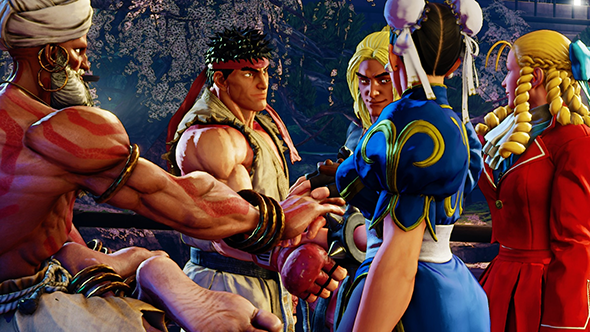 You gain a lot here. There are a lot of cut scenes that you can escape (don’t, there’s some fun stuff in there). After you’ve completed the first story (there are some fights in there) you get 30,000 FM, but that’s for once, you can’t re-complete it and get money again.

Once you’ve done with the first story you get an opportunity to play one on the Extra difficulty - it’s basically identical, but the fights are harder than in the previous story. Completing the Cinematic story on extra brings you 50,000 FM, also once. 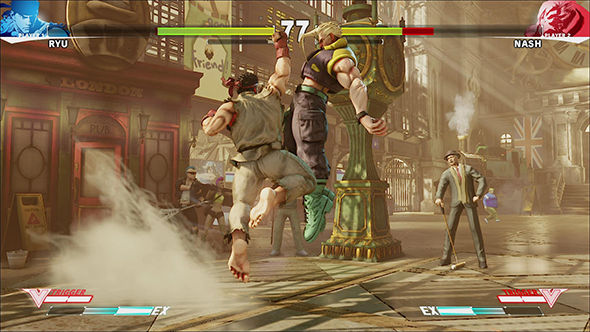 There are way easier than all above, you don’t even have to fight. You just have to watch them and scroll to the next video. There are four stages - Beginner, Intermediate, Advanced and Character Specific. The first three will provide you 1000 each and 3000 FM in sum. The Character Specific are more generous - you get 1500 FM and a few character points.

However, these demos have even more profit than money and XP. You can actually learn something from ones. Notice that all of these are a one-time deal. 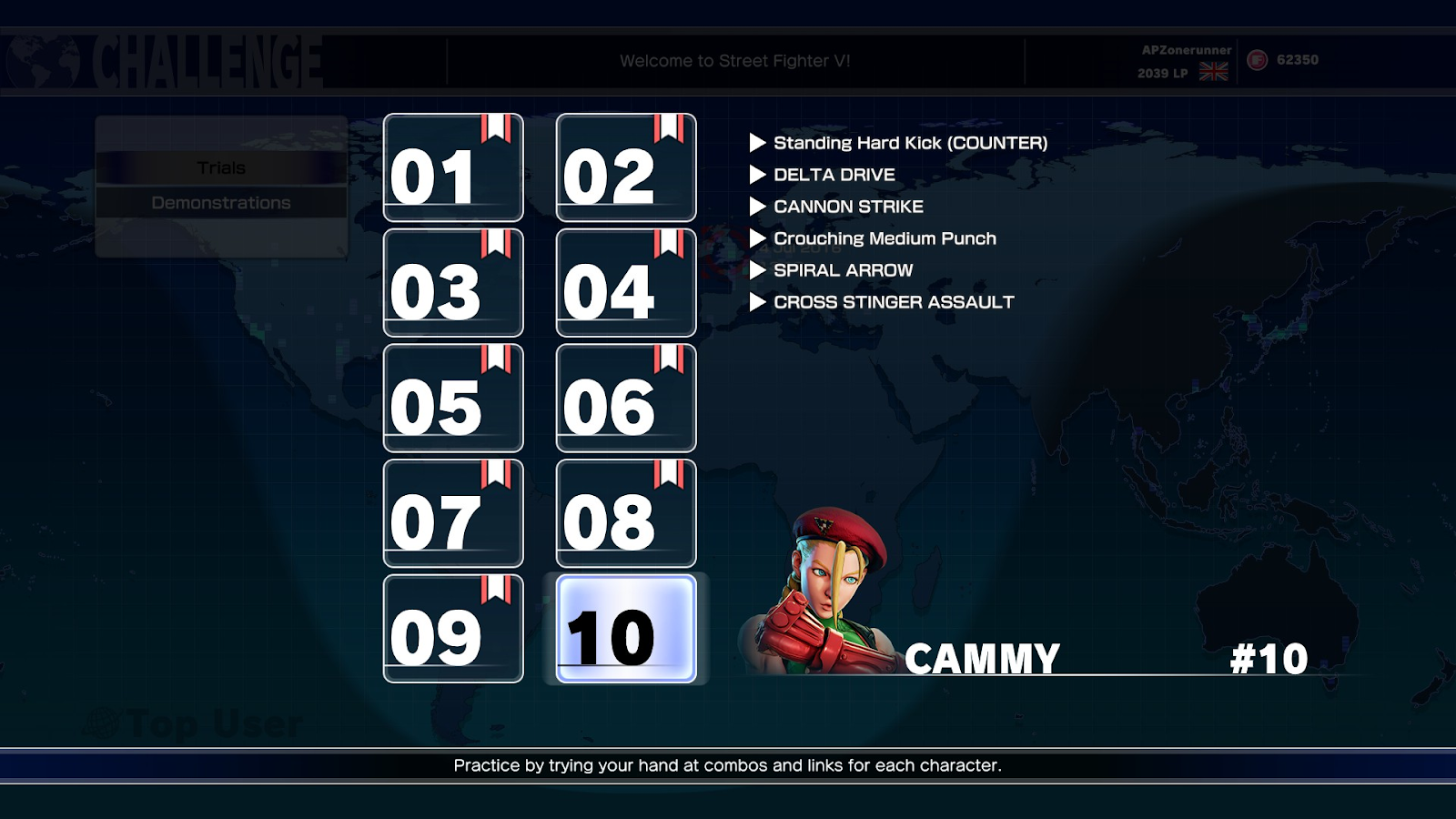 Once you’ve completed 10 tasks you get 1000 FM and some character experience.

… Where you get 50 FM after every match you win. And, of course, the character experience. 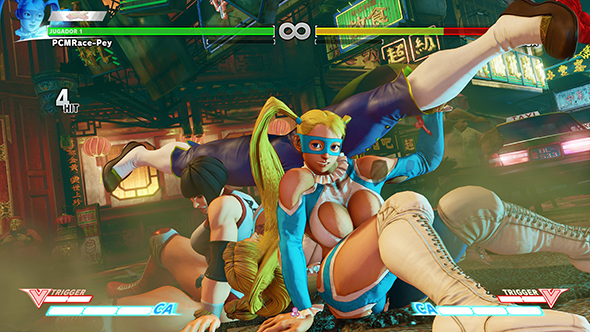 We hope Street Fighter V Cheats article was useful for you and we wish you a good game :)
Related game