Gameplay starts with the character choice: you can choose a man (Scott Ryder) or a woman (Sara Ryder) as a protagonist. These twins will be a part of the plot anyway, even if you select another main character. The father of these twins - Alec Ryder - had a mission to create a new home for the species. The protagonist you’ll choose will have a crew of weird creatures and half-people that will help you through the gameplay. Right after you’ve chosen the main character the story unfolds: it’s 2185 outside, four Citadel Council races are about to fill some Andromeda Galaxy lands with people. 20 thousand citizens will participate in this 600-year long trip. When this journey ends they’ll build a space station - Nexus - and all the needed infrastructure. Let’s get to the most interesting part: what was bad about Mass Effect Andromeda? I was stunned by the weird face and body animation bugs right in the beginning of the game. There was a huge flow of funny gifs and pictures that demonstrated the lags, you might’ve noticed those if you’re interested in purchasing Mass Effect Andromeda.

Another strange thing that is not typical for this game series - the dialogues are really strict and unemotional, as well as the story in several parts. The variety of choices you can make during the game is very simple like you can be realistic, optimistic or pessimistic about the subject. It’s obviously not the main part of the game, but could developers try harder?

The attitude to the protagonist is cliche: “You are the chosen one”. Of course, I am, I’m playing the game and repairing/turning on or off/unblocking all the stuff you need. There’s no one but me who can do that. Do you have to remind me about that?

However, the deeper you go the better the game gets. The plot becomes more complicated and interesting and you finally can see the best thing that happened to Mass Effect Andromeda - the perfectly designed environments. They’re great, it’s a pleasure to explore ones. This may be an appropriate excuse for the buggy animation and lifeless conversations.

Another breathtaking thing in Mass Effect Andromeda are combats: they’re fun and well-developed.

As a verdict: you need to wait till a few patches arrive. Usually, technical issues get fixed in a couple month. Remember Battlefield 1 fails? They got fixed now, and it’s a genuine pleasure to play Battlefield 1. Besides, developers claimed to fix all those face expressions and gorilla walk. For now, GameSpace rates Mass Effect Andromeda 6.5 / 10, and we wait for patches. 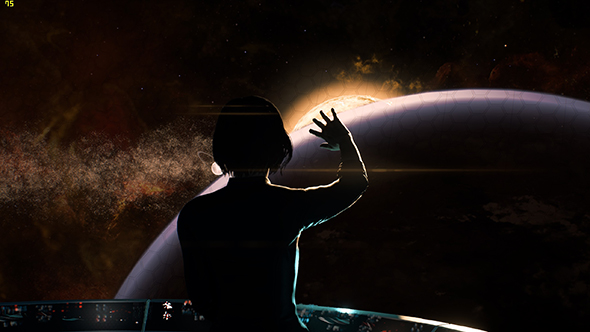