The gaming industry doesn’t stand still, and each month lots of fresh projects appear on the media market. Among them there are both the sequels of the well known franchises and the completely new games. And inasmuch as each gamer wants to be aware of the information when and which projects are to be launched, GameSpace team writes the review, in which the most anticipated game releases of each month are gathered. This time, we have prepared for you our list of February game releases. Would you like to know which projects will hit the market this month? Then go forward.

The first project, which will be launched this month, is the second episode of Game of Thrones: A Telltale Games Series. Already tomorrow - on the 3rd of February, - the owners of Sony’s consoles, PC and Mac will be able to try on the new episode of this exciting adventure game. The next day, it will be available on Xbox 360 and Xbox One, and on the 5th of February it will appear on Android and iOS. You can read more information about this game here.

The review of February game releases will also rejoice those players who like Indie projects, because already in a day the new game from Ubisoft titled Grow Home will be launched. This adventure project, which will appear on PC, will allow you to take control of BUD, the main goal of which is to save his home planet. In order to do it, you will have to harvest the seeds of a giant alien plant, but before it you must explore lots of floating islands and find the fertile ground. In order you be able to imagine the game’s world and the protagonist, we offer you to watch its first trailer right now:

But not only the adventure games are to be launched this month. Thus, on the 10th of February, the cooperative shooter titled Evolve will hit the stores around the world. The project, which will appear on the current-gen consoles and PC, will let gamers choose their side in the hot battles - the one of the smart and skilful hunters or the other of the ruthless and creepy monsters. It’s up to you to decide, and meanwhile you are able to get to know more about the modes, add-ons and weapons in this upcoming game, having clicked on the link above.

The current month will please the fans of the projects, which are developed in the various genres. Besides the shooter and the adventure games, about which we wrote earlier, the extended edition of puzzle project called Unmechanical will hit the stores this month. In the improved game, which is to be launched on Sony’s consoles on the 10th of February, the new interesting levels, bonus and an exclusive story mode await you.

And if you are a fan of strategy games, then you will like our list of February game releases for sure, because the next instalment in the popular Total War series will come out on PC already on the 17th of February. In the new game titled Total War: Attila, which is set at the beginning of the Dark Ages, you will have to not only become the leader of the famous Huns but also take part in the bloody and ruthless battles with more than 50 other factions. 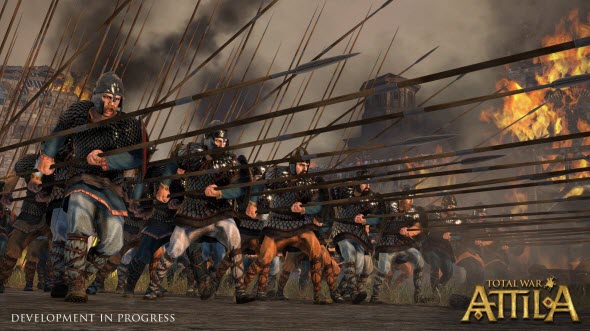 Dead or Alive 5: Last Round

The same day that the abovementioned project, the anticipated Dead or Alive 5: Last Round fighting game will hit the market in North America, and in three days it will appear in Europe. The project, which will be available on Xbox 360, Xbox One, PS3 and PS4, promises to rejoice the fans not only with new characters, suits, arenas but also with some fresh combat systems. And while we are waiting for the project’s launch, we suggest you watching one upcoming game’s spectacular trailer:

But the most interesting our review of February game releases will be for the real fans of Resident Evil franchise, because at the end of this month two projects in this series will come out. Thus, on the 20th of February Resident Evil HD Remaster game will hit the past and the current-gen consoles as well as PC worldwide. And already in 4 days - on the 24th of February, - the first episode of Resident Evil: Revelations 2 game will be launched on PS3 and PS4 in NA, and the next day it will come out on Xbox 360, Xbox One, PC worldwide and on Sony’s consoles in Europe. Click on the appropriate links to get to know more information about each game. 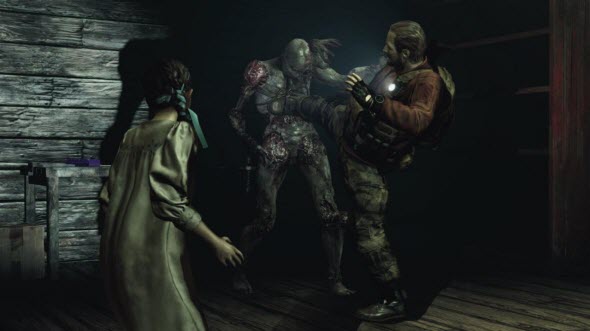 The range of action-adventure games will also get the new project this month. On the 20th of February, The Order 1886 game, which is PS4 exclusive, will be launched. In this action-adventure, which is set in the alternative version of London at the end of 19th century, you being the Knight of the Round Table will have to struggle against the half-breeds, who are a combination of animal and man. If you want to know more details about this project, click on the link above.

And finally, the last project, the release of which will take place on the 25th of February, is Homeworld Remastered Collection. This bundle includes the significantly improved and extended Homeworld and Homeworld 2 games, the remade multiplayer as well as the archival versions of Homeworld Classic and Homeworld 2 Classic.

Did you like our review? Do you anticipate some of the abovementioned games? We will be glad to read your replies below.