If you are a fan of Battlefield shooter series and you liked its latest released instalment, then we have one really pleasant news for you today.

Thus, yesterday, the representatives of EA announced their intention to start the year off right, and in fact it means that they have decided to make a pleasant surprise to all active members of EA Access. The question is that each player who is a subscriber of the abovementioned service can download Battlefield 4 DLC - Second Assault - for free already today. This add-on is the game’s second expansion and includes 4 the most popular Battlefield 3 maps - Operation Metro, Caspian Border, Gulf of Oman and Operation Firestorm, - which were remade especially for the latest released part in this franchise.

So, what should you do in order to get the expansion titled Second Assault for free? First of all, as we mentioned earlier, you have to be an active EA Access member, then you need to load up EA Access Hub app on your Xbox One, find and activate this add-on. Once it's launched, it's yours forever.

But there is one moment to pay attention to. This offer, on the terms of which you can download one Battlefield 4 DLC for free, is limited in time. It begins today - on the 29th of January - and will end on the 28th of February. So don’t loose your chance to get such a cool expansion already today! 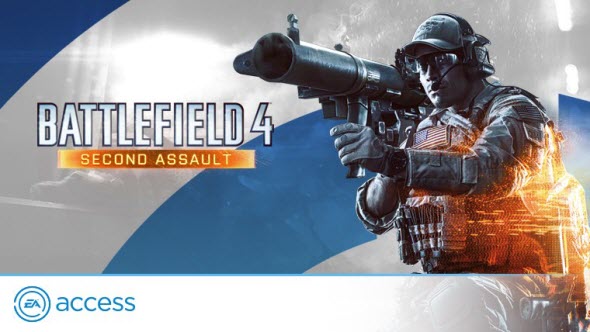