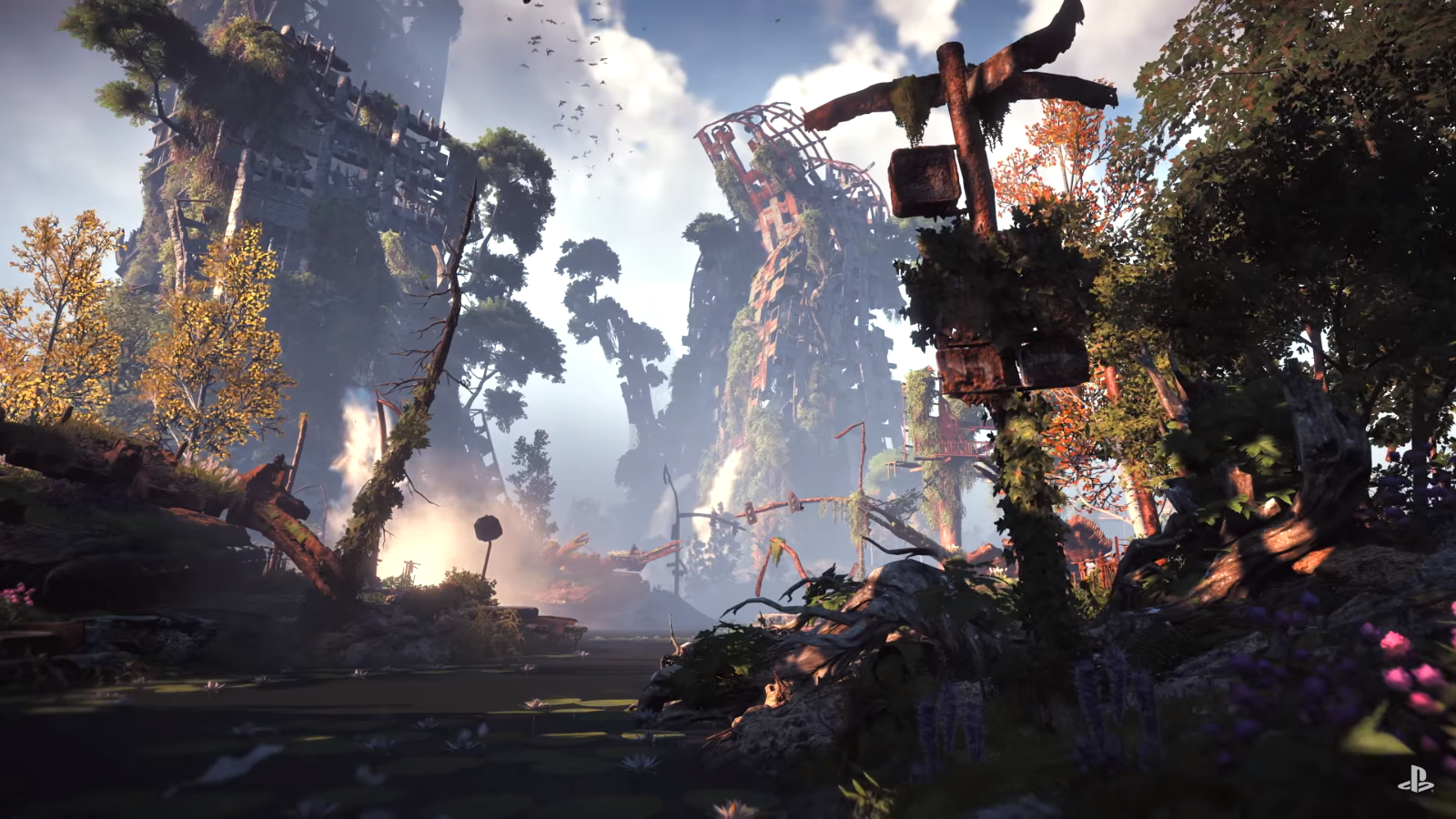 Horizon Zero Dawn has a very specific post-apocalyptic atmosphere, where plants and trees begin to blend into the ruins of the city. They start to grow out of abandoned buildings make of concrete, as you can see on the screenshot. 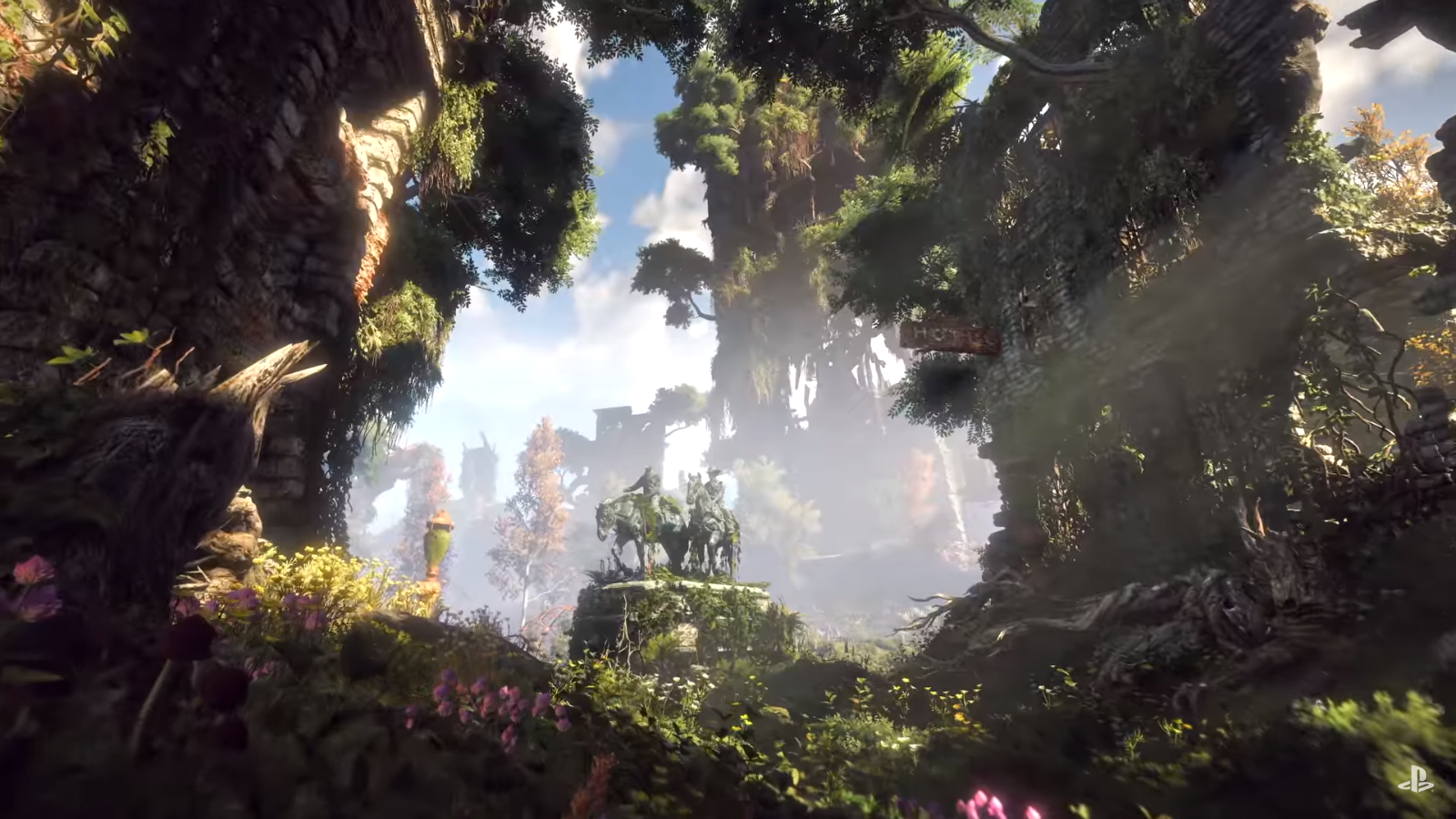 The nation tries to recreate itself, people are making the tribes to make it easier to survive. That’s important for the place and era they live in, as there are plenty of unsafe machines among them. And the making of one of these machines was explained.

Watchers are one of the smallest machines that you’ll meet while playing Horizon Zero Dawn. They are programmed to scan the environment, and when they find something that attracts their attention the indicator in their head turns red. If you see it turning red you’d better run.

So later developers decided to bring Watchers to life. That was a long way through cardboards and tape (a garbage bag test) and to the model that was exactly as big as it is in the game (1:1 scale).

As said, the most difficult task was to make it look realistic, like his ‘body’ parts are heavy and that he can move the way he does in Horizon Zero Dawn. After the first confident steps were made they’ve started the production of the model itself. It took a lot of time and efforts, but obviously, it was worth the final result. When Watcher was almost ready it was time to ask for suit performers’ help.

After fabricators made the last adjustments the camera was installed to the Watcher’s head to record the reaction for this monster. This team made a great job, Watcher was brilliant! Just look at these smiling faces: 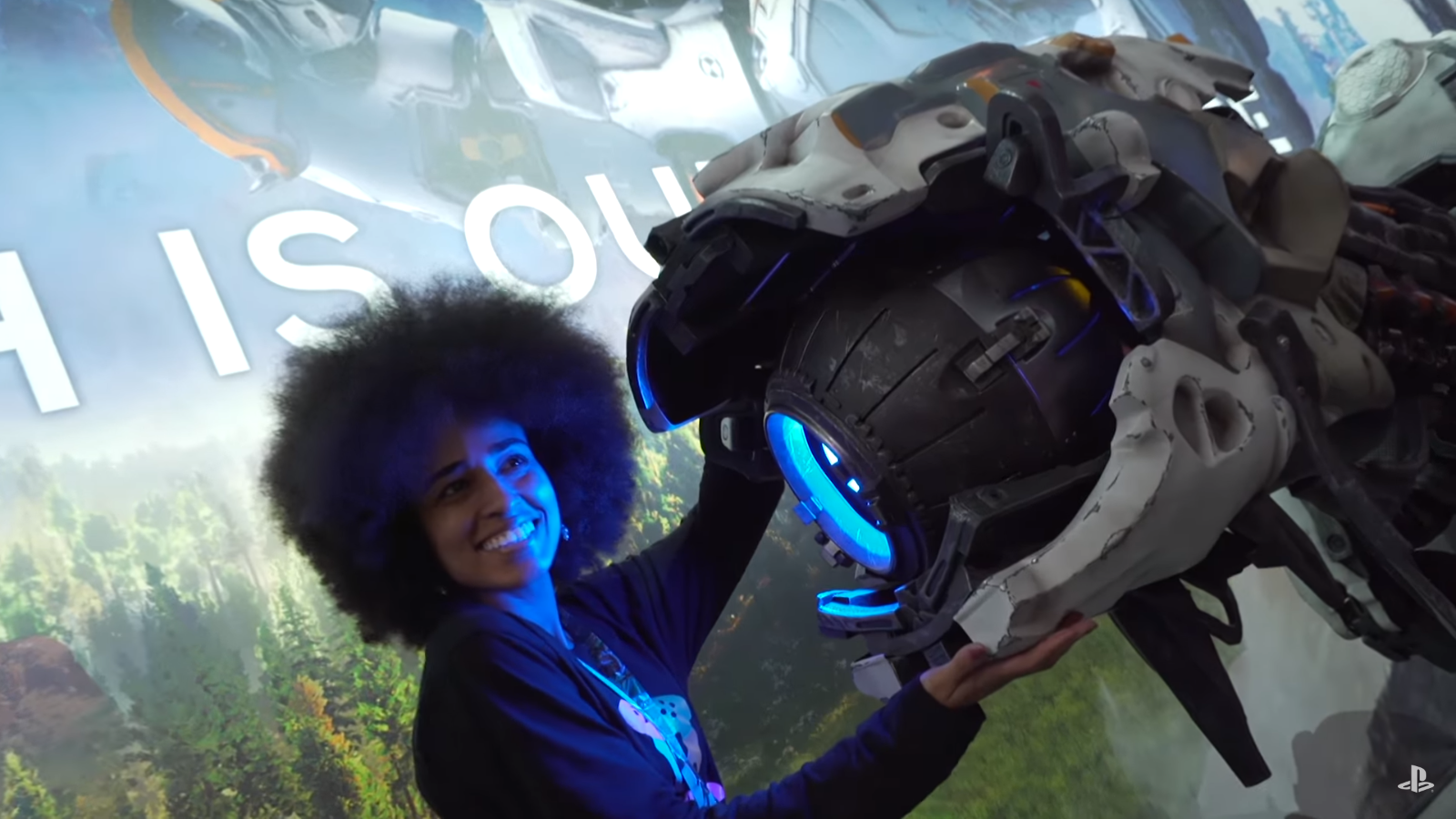 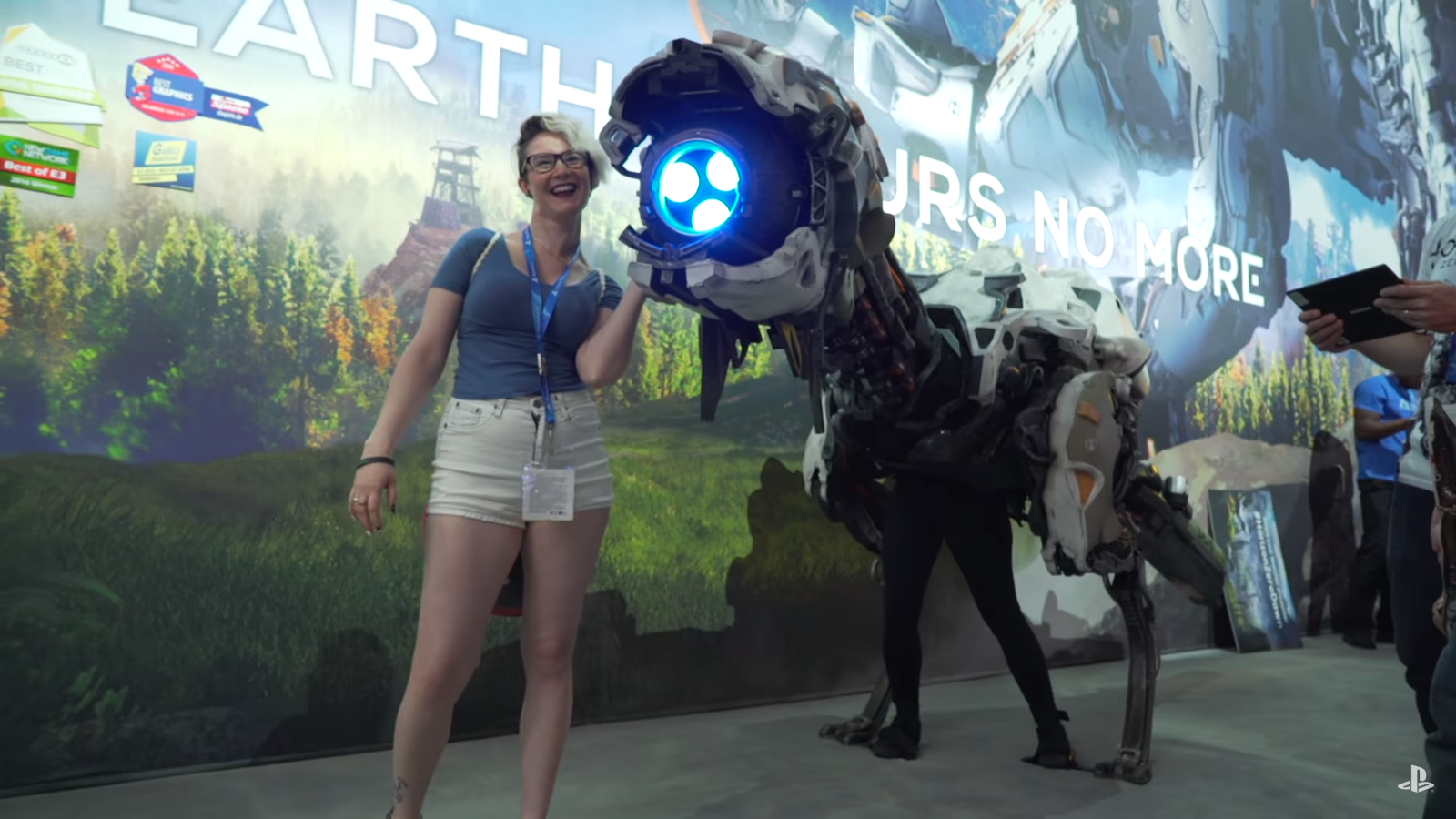 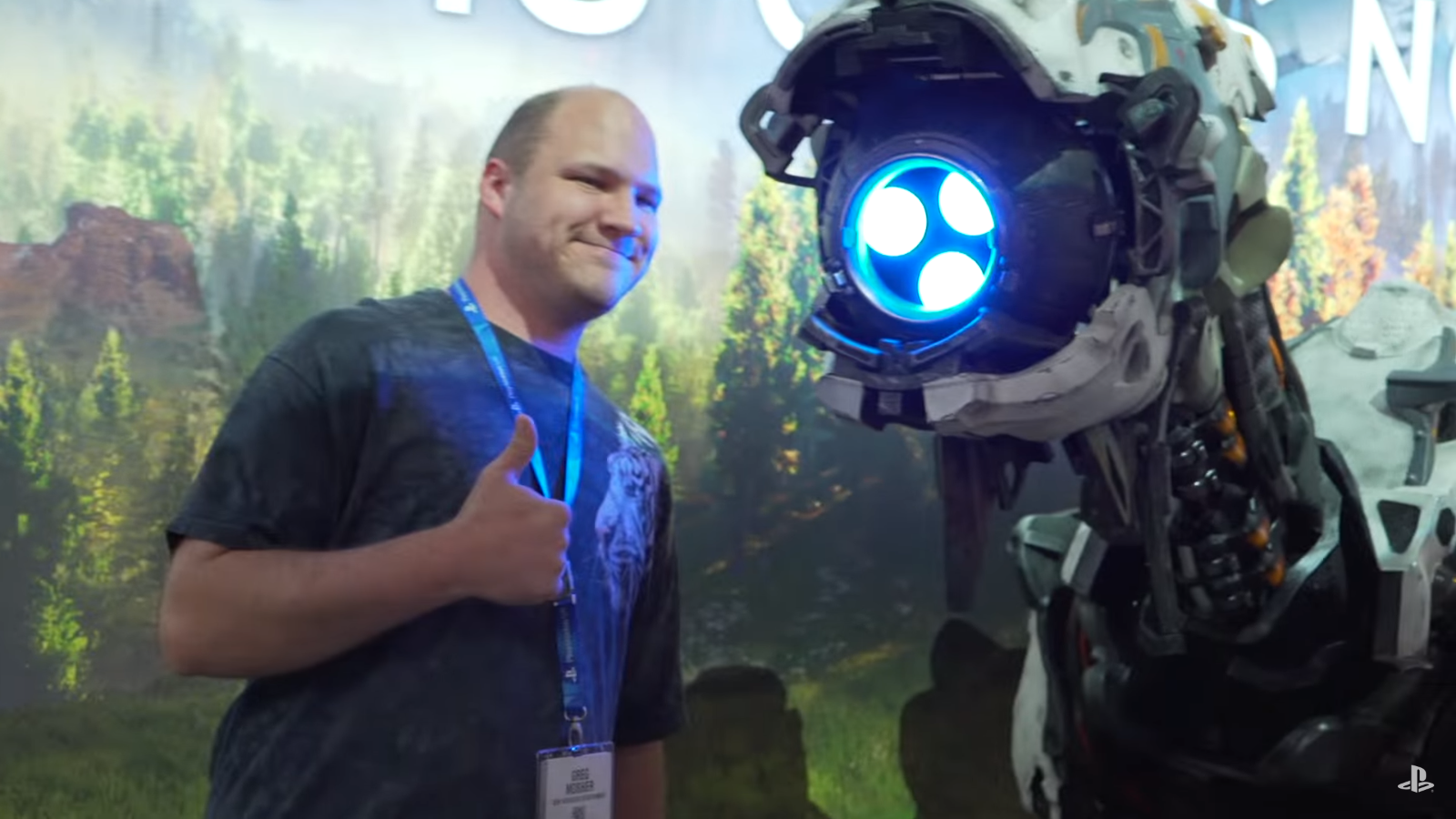