The second Destiny DLC will be launched in Q2 2015

The developer of the Destiny shooter - Bungie company - has shared with its fans the latest news, having told when the second Destiny DLC will be released and which further plans concerning this project it has.

As it has been revealed, the next major Destiny DLC titled The House of Wolves is supposed to be launched in the second quarter of 2015. In the Bungie’s official blog, the developers have written that the release date of the future expansion hasn’t been specified yet, but it will come out sometime between April and June. Any more details about the add-on’s content haven’t been revealed. However, the developers have also stated that currently there’s a special team working on improving the project and making it the best for the players.

But the upcoming Destiny DLC is not all that will please the shooter’s fans soon. Before the expansion hits the game, another update is going to be launched. According to the information, the patch 1.1.1 will become available for download at the end of this month. Mainly, it’s intended to bring some major changes into the weapon balance.

Besides that, the Activision’s CEO - Eric Hirshberg - has stated recently that along with the mentioned Destiny DLC, the shooter will get a large portion of some new content. It will happen in autumn or in early 2016. Well, surely, Hirshberg has kept the intrigue and hasn’t revealed any more information about this update.

And in conclusion, we’d like to share with you some interesting statistics. According to Activision, the Destiny shooter has reached another milestone. Currently, there are 16 million registered gamers in it, and in average each of them spends three hours daily playing this project. As a comparison, last November this number was 9.5 million.

So, are you waiting for the second Destiny DLC? What do you think the developers are preparing? 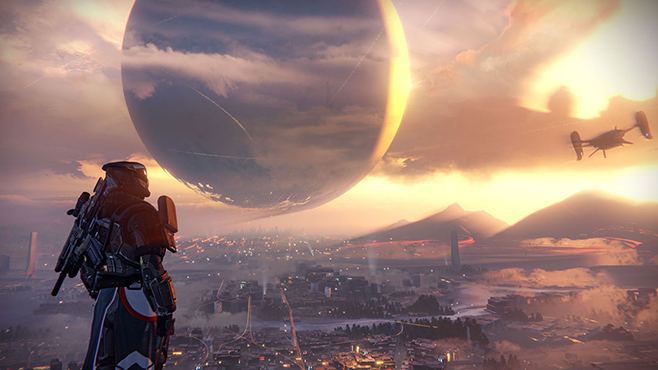