Home /
News /
The launch of Darksiders II on PS4 is confirmed

The launch of Darksiders II on PS4 is confirmed

Several days ago, the very attentive gamers noticed the Darksiders II: Definitive Edition for PS4 on Amazon. Besides it, a list of other projects from Nordic Games company, which will probably get the remastered versions on the current-gen consoles, appeared on this service. There are such instalments as Arcania: The Complete Tale, The Book of Unwritten Tales 2, Legend of Kay HD and MX vs ATV: Supercross Encore Edition among them. For some time, the developers didn’t comment on such a leak of the information. However, later, they finally confirmed the launch of Darksiders II on PS4, but there was no talk about the other mentioned above projects.

Thus, GameSpot portal states that during the interview with Nordic Games the studio’s representatives have officially revealed that the Darksiders II: Definitive Edition is being in development. Unfortunately, the developers haven’t shared any other details about the future bundle. So currently, we can’t tell for sure whether the upcoming version of Darksiders II on PS4 will include all existing add-ons (The Demon Lord, The Abyssal Forge, Belial, Argul’s Tomb) or not and which price it will have. By the way, if what’s published on Amazon is true, than the remastered edition of the popular action-RPG with hack and slash elements will cost $39.99.

Also, it’s possible that soon after the launch of Darksiders II on PS4 this bundle will hit Xbox One. Although, again, there’s no official information about it.

It’s worth saying that the developers from Nordic Games have answered the players’ questions about the future Darksiders II: Definitive Edition’s release on the current-gen consoles quite mysteriously. They have said that they’re not ready to reveal more details about the project.

The launch of the original Darksiders II took place in August 2012 on PC, PS3 and Xbox 360. In 2013, after the Vigil Games and THQ went bankrupt, this franchise was purchased by a Swedish company - Nordic Games. 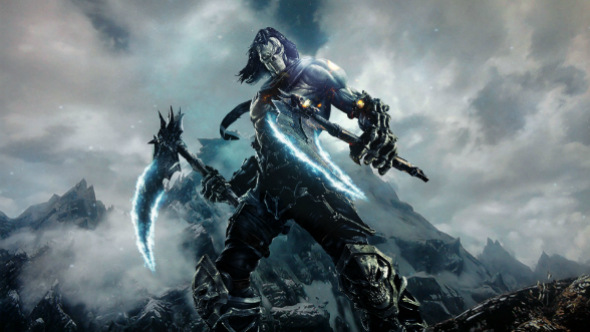