As you remember, last week, when the Star Wars: Battlefront beta was announced, the developers also mentioned one of the new game modes titled Drop Zone. It will be available during the upcoming testing. And recently, the shooter’s creators have revealed more details about Drop Zone.

As it’s reported, this Star Wars: Battlefront mode is designed for 16 members - 8 from each side. The players will have to fight for control over special pods that are dropped from the orbit. A team, which will capture five pods or control the most of them by the end of a 10-minute-long match, will win. In case of equal score, one more pod will be dropped from the sky. It will define the result of the battle. Besides, each of such capsules will contain a bonus.

According to the lead level designer of the shooter - Dennis Brännvall, - this Star Wars: Battlefront will make gamers super mobile and think on the feet. They won’t have much time, so the decisions must be taken immediately. The main idea of Drop Zone as well as of the project in general is fast and filled with crazy action game. 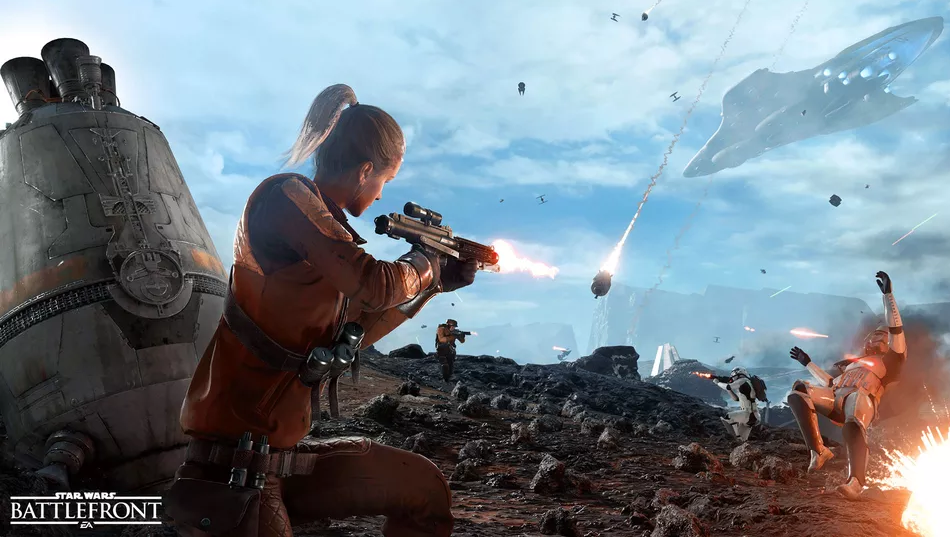 Let us remind you that Star Wars: Battlefront launch on PC and current-gen consoles will take place on November 17th.