At the end of January, EA studio stated that some fresh news about the Star Wars: Battlefront game, which is currently being developed, will be revealed soon. For now, the company hasn’t presented any official information, but instead lots of interesting rumors have appeared online recently.

Thus, on one of the Star Wars fan sites, lots of thrilling facts about the future shooter have been published. We’d like to remind you once again that all the presented below information isn’t from the official sources, so we offer you to take it with a grain of salt.

As it’s reported, the Star Wars: Battlefront game will let play as both the positive and negative characters. The most part of the events will take place during the period, which is shown in the original trilogy of the series. However, some episodes will demonstrate the timespan between the sixth and the upcoming seventh episodes of the movie saga. According to the sources, completing of the project’s main campaign will take longer than it may seem.

By the way, as for the characters, the Star Wars: Battlefront game will include some heroes as well as the vehicles from the future The Force Awakens motion picture. The rumors say that the developers have even spent several days at Pinewood Studios in order to capture the various locations and stage props, which will be recreated in the shooter.

The game’s multiplayer mode will be scale. Up to 64 players at once from each side will be able to participate in it. Also, there will be available special “space to land” battles, but only in some modes.

Besides, the Star Wars: Battlefront game will let try on a role of a unique character. Having scored the necessary number of points, the players can trade them for the control over a very powerful hero with a special skills.

As well, the appeared Star Wars: Battlefront rumors include the details concerning the future shooter’s add-ons. The non-official sources report that each DLC will be themed and the two first ones will be dedicated to the new Star Wars: Episode VII movie. The expansions will contain the additional maps, characters and vehicles.

For the current moment, it’s not clear whether all the listed above information is true or not. All we have to do is wait for the EA’s official statements. And do you find these rumors trustworthy?

Let us remind you that the Star Wars: Battlefront game is supposed to come out at the end of 2015 on PC, PS4 and Xbox One. 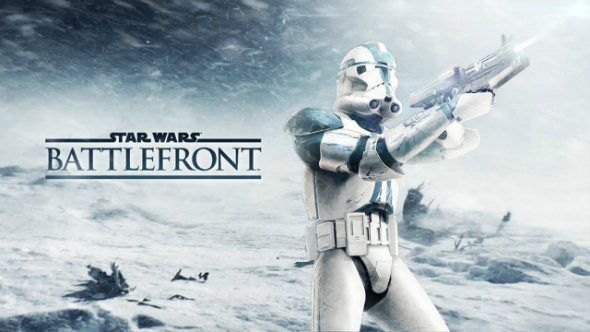