Home /
News /
Some details of the The Witcher 3: Wild Hunt Day One patch are revealed

Some details of the The Witcher 3: Wild Hunt Day One patch are revealed

The official release of the anticipated The Witcher 3: Wild Hunt will take place in a few days, but already yesterday - on the 12th of May - the review embargo ended, and lots of famous gaming portals shared their impressions about this game. You probably know that the new action-RPG from CD Project RED has got lots of good feedbacks and really high marks (in average, the project has got 9.2 - 9.5 of 10 points), but you may not be aware of the problems, which have been detected there.

Thus, a couple of portals have noticed that sometimes the framerate in the PS4 version of the game has gone down heavily, and certainly it has caused the disquietude of those players who wait the project on this platform. They have contacted Marcin Momot - the community and website coordinator at CD Project RED - with this question, and he has answered that the first The Witcher 3 update, which will be released on the 19th of May, will fix the problem with the fall of framerate in the PS4 project’s version. Also, he has specified that some other fixes of the rare bugs will be included in the first The Witcher 3 update. 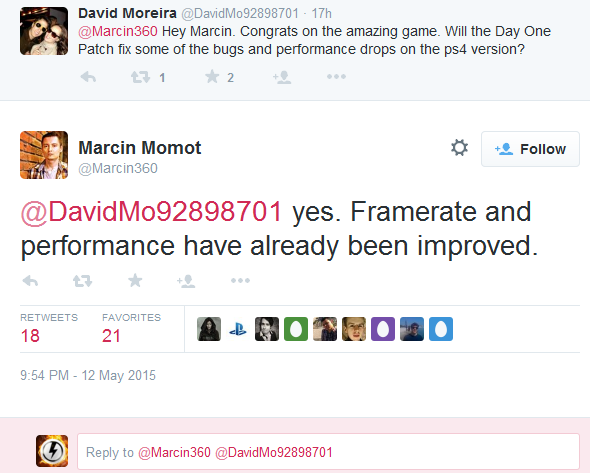 Besides, Marcin Momot has shared some details of the game’s PC version. He has told that the project for computers will include all necessary achievements, but the developers aren’t sure if they are able to add the trading cards till the game’s launch. 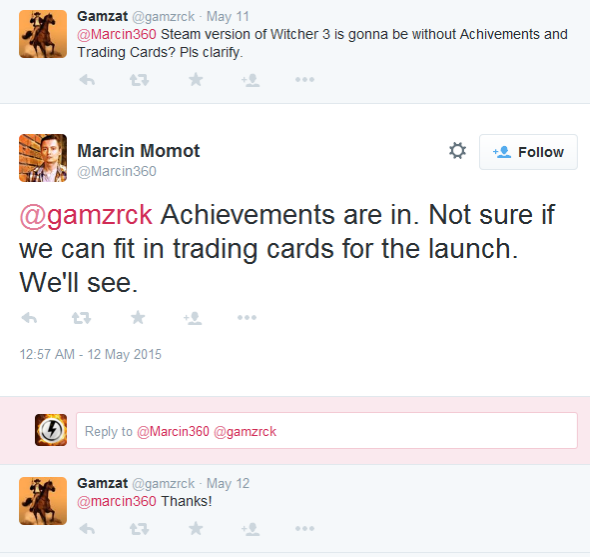 But The Witcher 3 update and some details of its PC version are not all. Also, the series’ fans have asked Momot when they will be able to pre-load the game on PS4 and where the project’s uncensored PC version can be download. You can find the answers to these questions on the pictures below. 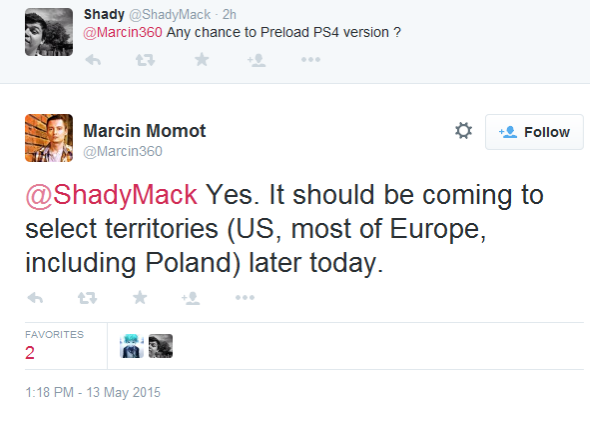 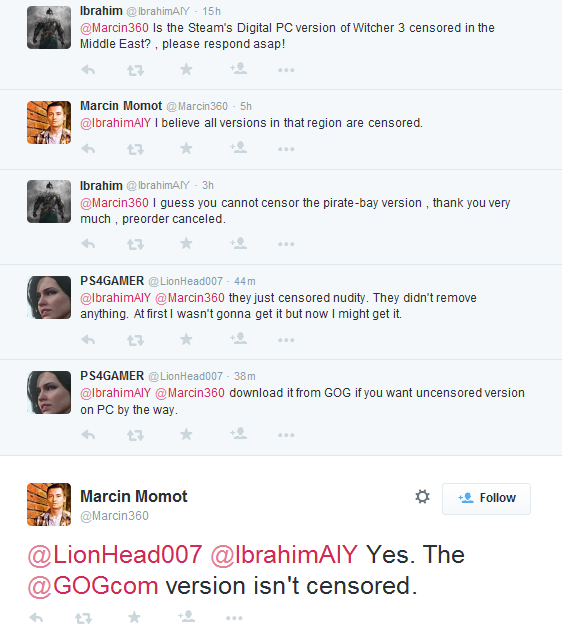 Have you pre-ordered The Witcher 3: Wild Hunt? Do you anticipate the game’s launch? Leave your comments in the appropriate section below the news.