Although the rumors about the enhanced edition of Resident Evil Zero game, which was launched in 2002, appeared last December, but just now the creators of this iconic franchise have decided to confirm them officially.

A few hours ago, Capcom’s representatives announced the Resident Evil Zero HD Remaster game. According them, the project, which tells the story of the field medic Rebecca Chambers and the former marine Billy Coen, who have discovered the source of T-virus, is really under development. For the current moment, there isn’t lots of information about the upcoming project, but some first details have been revealed.

Thus, it is known that Resident Evil Zero HD Remaster game will be released in early 2016, and it will be available on the last and current-gen consoles as well as on PC. As for improvements, which will be included in the forthcoming project, we can assume that the updated graphics, textures, sound effects and lots of other enhancements await us here.

Besides, the developers have presented the game’s first screenshot and a short video message from them. Do not forget to enable Enghish subtitles, because the project’s creators speak Japanese. 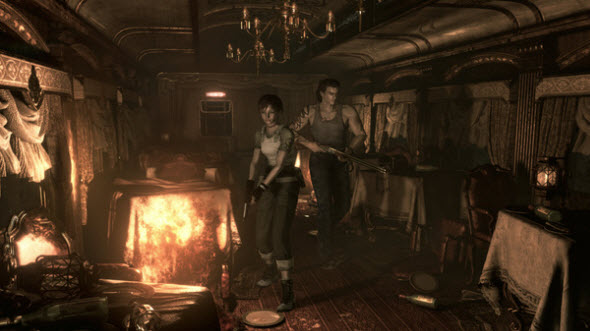