Home /
News /
Might and Magic Heroes VII beta is delayed

As you probably remember, Might and Magic Heroes VII beta had to begin yesterday - on the 25th of May, - but due to several serious reasons it didn’t start.

Yesterday, on the game’s official site, the project’s developers announced the delay of the beta testing. They reason such a decision by the fact that the last week several serious issues, which influenced on the game’s multiple aspects, were identified by them. Thus, they mentioned a problem in the save/load system, which corrupted the saves under certain conditions, some bugs in the multiplayer, which are related to the desynchronization, and a memory leak issue, which influenced significantly on the performance after an hour of gameplay. During the whole last week, the developers tried to solve these problems by the day when Heroes VII beta had to begin, but, unfortunately, as we see, they didn’t managed to do it. That’s why the employees of Limbic Entertainment company - the creator of this project - have taken a decision to delay the project’s beta test. For the current moment, it’s unknown how much time they need to fix these bugs, but they have promised to keep the players posted with further announcements and let us know when Might and Magic Heroes VII beta will finally start.

As for us, we can only hope that this additional time will be used effectively for the issues’ fixes, the project’s polishment and providing us with the game’s working version.

What do you think about this news? Are you going to take part in the forthcoming Heroes VII beta? We will be glad to read your replies in the appropriate section below. 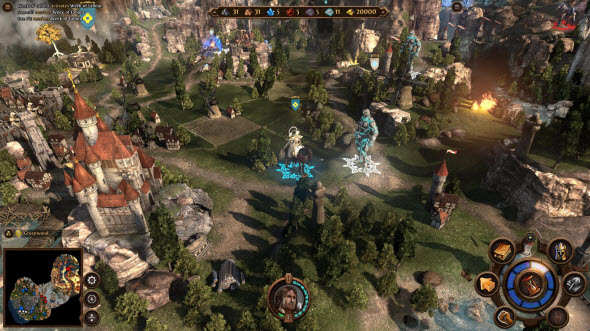