Only yesterday, the first Heroes VII beta finished, and the project’s developers have already announced that they are going to held the second closed beta of the forthcoming game. This news has been published on the Ubisoft’s official blog and the project’s site.

First of all, the developers summed up the first MMH7 beta test, having told that during two weeks the players have spent more than 40 000 hours in the game and have participated in more than 800 000 various fightings. Then, the game’s creators announced that already now they work on the second closed beta, but at the same time they didn’t specify its launch date. Also, Limbic Entertainment employees stated that this time the players will have a chance to choose, or, to be more exact, to vote which two of offered four factions - the Stronghold, the Necropolis, the Dungeon or the Sylvan - will be added to the next MMH7 beta. You can vote on the factions you like during the following 13 days on the game’s official site. 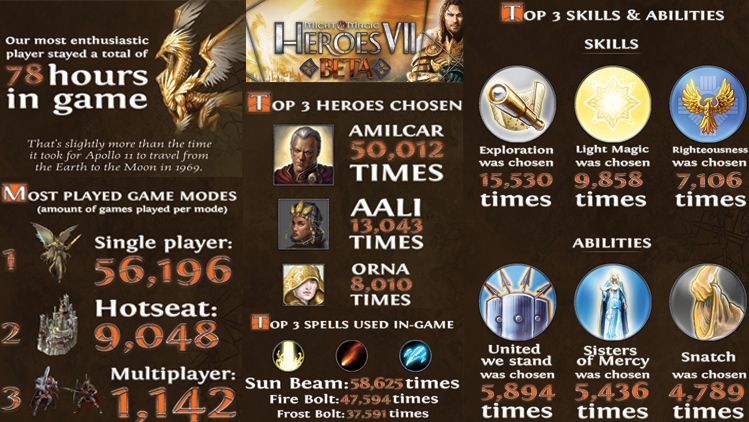 As always, if you want to get a guaranteed access to Heroes VII beta, then you have to pre-order the game’s copy. Also, you can join the waiting list, clicking on this link, and hope that you will receive a chance to play the upcoming Heroes VII beta.

Have you taken part in the first MMH7 beta? Are you going to become a member of the project’s second test? Leave your replies below the news.