As you remember, the Might & Magic Heroes VII beta had to start last week - on May 25th. However, due to several technical issues, the developer of the upcoming turn-based strategy game - Limbic Entertainment studio - along with its publisher - Ubisoft company - decided to postpone the highly-anticipated launch of testing.

According to the official statement from the game’s creators, all last week they tried to do everything possible in order the Might & Magic Heroes VII beta start after all. The developers managed to fix some major bugs (the problems with synchronization in the multiplayer mode and the savings on the big maps) and bring useful improvements into this version of the project.

Besides, in order to apologize for the delayed beginning of the Might & Magic Heroes VII beta Limbic Entertainment and Ubisoft have prepared a very pleasant surprise for the members of the testing. As a thank for support and patience, the creators of the strategy project give an extra key for the Might & Magic Heroes VII beta to all who pre-ordered this project earlier. Since such players have their codes already, they can share the extra ones with their friends. In order to get the additional code, the gamers must just log in their Uplay account today - on June 3rd - till midnight CEST. A letter with a key will be sent automatically to the registered e-mail. In case it doesn’t happen, the extra key can be gotten by requesting to the Customer Support service at anytime until the Might & Magic Heroes VII beta finishes. 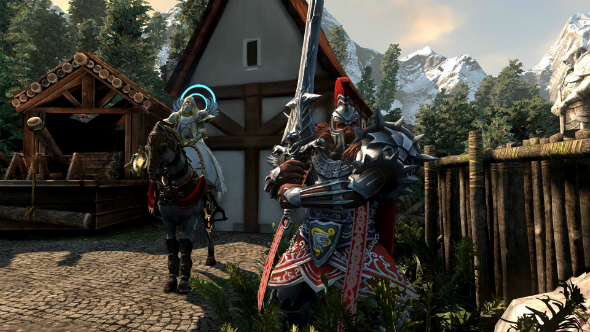