Mass Effect 4 news: the game’s details and the artworks

A couple of days ago, Bioware studio hold a round-table conference, during which lots of fresh information about the next instalment in the popular Mass Effect series was told. Do you want to know which Mass Effect 4 news have been revealed? Then stay with us and read the following information.

First of all, the creator of this series has presented the professionals, who are engaged in the work on the upcoming part of Mass Effect franchise. Thus, Chris Schlerf - the scenarist of Halo 4, who has been working in Bioware since November 2013, - has become the lead writer of the forthcoming action-RPG. Chris Wynn has been appointed as the senior development director, Fabrice Condominas - the former designer - and Mike Gamble are set as the game’s directors. Besides, the names of the lead designer, the art and the creative directors and the head of BioWare Montréal studio have also been revealed.

Fortunately, these aren’t all Mass Effect 4 news. As it has become known, the forthcoming project has been being created only for PC, PS4 and Xbox One. The action of the game, which will become the spiritual successor of the trilogy, but not the sequel, will unfold in the same period when Shepard lives, but the latter one, as you probably know, won’t appear in the project. Also, the developers are going to add a huge number of new races and planets, and the exploration of the last ones supposes not only the acquaintance with the faune and the flora but also the contact with the new nations, the observation of their culture and mores. Besides, the relationships between the protagonist and other characters will be as important as it was in the previous instalments of the franchise, and the gamer’s choice will influence on the project’s plot. Also, the player will have lots of new tools and equipment to achieve his goals (like a new type of environment’s scanning). As for the project’s release date, the developers haven’t revealed it so far.

While we are waiting for more fresh information about the upcoming instalment in Mass Effect series, we suggest you looking at the new game’s artworks. All pictures are available in our FB community. 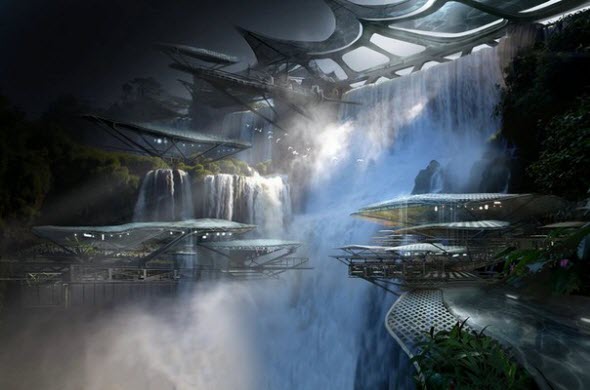 What do you think about the fresh Mass Effect 4 news? Did you like the artworks? Let us know in the comments below.