As you remember, the next instalment in the Mass Effect action-RPG series has got lots of various unofficial information recently, but its developer - BioWare studio - has confirmed only some of it. Thus, for the current moment, it’s known that the future project will include a totally new main character as well as the planets and the races, which have never been presented before. Also, the company has stated that for now Mass Effect 4 game is being in an advance stage of development for PC and current-gen consoles. Unfortunately, this time, the owners of PS3 and Xbox 360 won’t be able to try this game.

And recently, one of the reddit users with a nickname Shinobi602 has shared the latest Mass Effect 4 rumors, which will be interesting to you for sure. It’s worth saying that it’s not the first time when this insider reveals some new information about the various gaming projects, and it turns out to be the truth in the following. However, we’d like to ask you to take the appeared news with a grain of salt.

So, firstly, the insider has noted that more than 200 employees are working on the Mass Effect 4 game. The amount of developers increased from 50 persons to the mentioned number right after Dragon Age: Inquisition was released.

Besides that, the source has stated that Mass Effect 4 game will be more scale that the third part of Dragon Age series. Also, he has specified the project’s probable release date. According to Shinobi602, the new part of the franchise will hit the media market in Q2 of 2016, although the terms of the launch haven’t even been discussed inside BioWare.

And finally, it has been reported that the official title of the future project has been defined too, but which one it will be, Shinobi602 hasn’t told.

Well, we can only hope that sooner or later the developers will share the details of the upcoming action as well as confirm or deny the appeared Mass Effect 4 rumors. 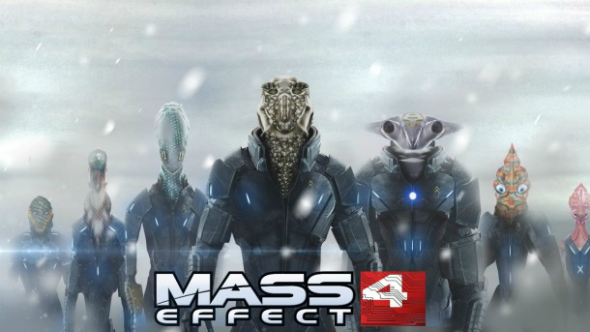