2017-04-12by Anna Stepko 4228 views
About a couple weeks ago For Honor gamers were planning a strike — a massive disconnection from the hack and slash fighting game. They explained this decision with the fact that to open all the in-game items you need whether to spend $700 or 2.5 years of trying hard and completing repetitive tasks, and that's kinda... harsh. 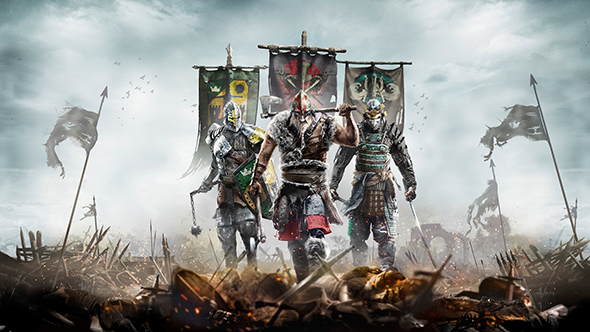 Great news is that Ubisoft actually reacted on this quickly and promised to fix these issues and help gamers get the treats they deserve for trying hard. Now the patch (v1.05) came out on PC, let’s see what’s in there and did developers bring the justice to the game.
The general idea of For Honor patch was to balance the existing features, characters’ forces, and abilities so For Honor gamers could get more competitive.
For Honor Community was surprised with the recent Ubisoft activity: the communication process is a great thing for fixing stuff and making it better for users. We hope they’ll keep this tradition :)
Tags:  fighting, For Honor, For Honor patch, For Honor PC patch, For Honor PC update, For Honor update, hack and slash, Ubisoft
Related game