Basically, there’s not much material about Death Stranding yet to build an impression on. There were a presentation, a trailer and an interview. We’re gonna talk about the last one right now. Kojima was speaking of the initial human’s tools, the symbolism they provide and their interpretation into the gaming industry in general. And about the particular place for an innovative approach in game development. 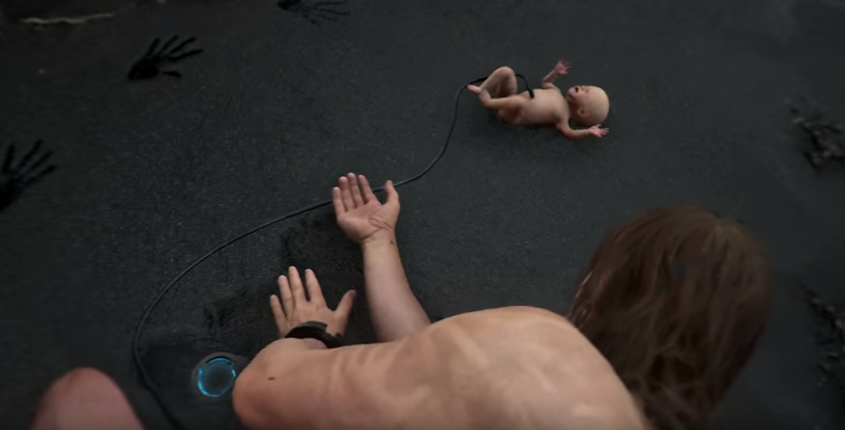 “The stick is the first tool that mankind created to put distance between himself and bad things – to protect himself, the second tool mankind created is a rope. A rope is a tool used to secure things that are important to you.”

“Most of your tools in action games are sticks. You punch or you shoot or you kick. The communication is always through these sticks. I want people to be connected not through sticks, but through what would be the equivalent of ropes.” - Kojima said.

This concept is not pointless. Due to the number of video games that are sort of run-and-gun, it’s true that the entertainment consists of running, shooting, punching. What is more important - the demand for games like that is really high. Even if the game is not about confrontation, people get upset if they don’t have the option to do it.

I remember a lot of gameplays where gamer played an adventure game, he was exploring the world. Then he came closer to a creature and started kicking it. I mean, why? If it’s a way to entertain yourself that’s really sad, because people are becoming cruel. They stop attaching to characters and they don’t feel the empathy the way they might feel. This is a video game, you’d say, not a real life. But this manner will later project on your real life and affect it.

Anyway, it’s hard to say what exactly Kojima has on his mind and what kind of game Death Stranding will be. But if he finds the support of his concept, it would be awesome. This game may be an irregular video game that will create the new direction in the whole gaming industry. The release date is unknown, unfortunately. We’ll keep an eye on it.
Tags:  Death Stranding, E3, interview, Kojima, Sony, trailer
Related game