Yesterday, we shared some rumors about the characters of the next instalment in the popular Assassin’s Creed series, and today we’d like to tell the latest AC Syndicate news. As you remember, yesterday, Ubisoft made the official announcement of the upcoming project. The studio showed a lot of its arts and screenshots as well as shared the information about the game’s plot, release date, features and main heroes.

So, as we told you yesterday, the future AC Syndicate game will include two protagonists named Jacob and Evie Frye who are the twins. According to the developers, Jacob is a very charismatic, but quite explosive and scandalous young man. Afterwards, he will become a leader of a street gang title The Rooks. With help of his sister, he wants to return the authority in London to simple people.

Evie is Jacob’s opposite. While he’s a bit of a daredevil, she’s a stealth master. As it was mentioned before, the gamers will be able to choose a character to play in the open world. However, some story missions will be available to walkthrough only as either Jacob or Evie.

The AC Syndicate game will show London in 1868 - during the end of the Industrial Revolution. Without any doubts, this historical event was marked with economic growth, urbanization and lots of inventions, which seemed to be impossible earlier. But at the same time, there was a huge gap between the rich and working people. This situation became the reason why the working class started fighting against the existing system in order to survive. Well, this is the main storyline, which will unfold in the upcoming AC Syndicate game. 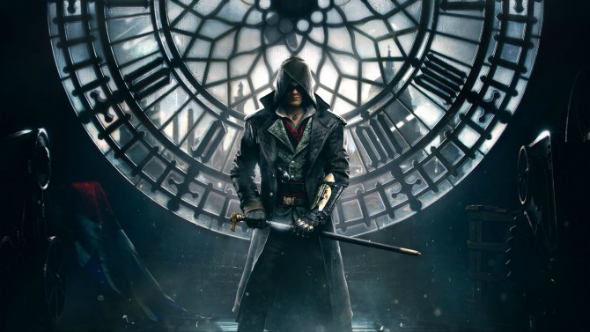 The project will be set in London, starting from the world-known Big Ben and the River Thames and ending with the remote unexplored corners of the famous capital. The players will have an ability to climb the buildings by using some new rope launchers. They will also be able to ride the horses, the carriages and the trains. The AC Syndicate game will contain the improved combat system. Its main emphasis will be made on the melee weapon. The fights will become more bloody and cruel. Also, the multi-target system will get some changes. The players will have an opportunity to choose the opponents among a group of numerous enemies easily.

Well, probably, the most important information, which the latest AC Syndicate news include, concerns the future action-adventure’s release date. As ubisoft has reported, the next part of the popular series will hit PS4 and Xbox One on October 23rd. The PC version of the project will also come out in fall 2015, however, its exact launch date hasn’t been announced yet. By the way, the AC Syndicate game is already available for pre-order. Having concluded his deal now, the players will get a special bonus - an additional mission titled The Darwin and Dickens Conspiracy.

And finally, we offer you to watch the first official trailer of the AC Syndicate game as well as its two gameplay videos with the commentaries from the developers.