Home /
News /
PUBG Tips: How to play PUBG and actually get chicken dinner?

PUBG Tips: How to play PUBG and actually get chicken dinner?

2017-12-08by Anna Stepko 66443 views
Denial and isolation, anger, bargaining, depression, acceptance. That’s how people deal with the hype around the brand new popular videogames, and if you’ve already completed these stages — it’s time to learn about PUBG tips while Battlegrounds is downloading and installing. This post is perfect for those folks who have never played Battle Royale games, and even if you’re a King of the Kill it will be useful to know how to play PUBG. This game has some peculiarities you need to know. Let’s roll! 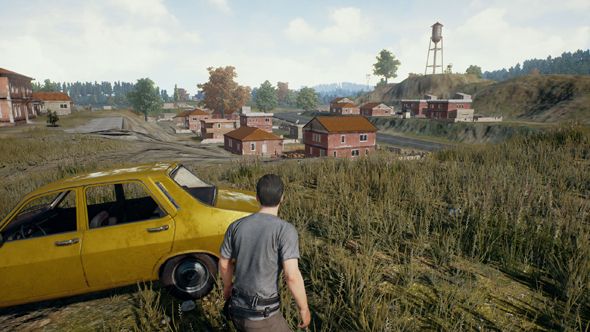 You die — you lose

It’s barely a reference to those YouTube videos with the you-laugh-you-lose challenge. If you haven’t played these Battle Royale games a lot, you may have a cultural shock and the need for PUBG tips. This type of games is very different from all the first person shooters. This is a new type of survival game, similar to Hunger Games: you need to stay alive while beating other players.
Speaking of Battlegrounds tips, there’s an energy field that makes players stay close to each other. If you stay out of the mentioned field you lose health, that’s made to avoid campers in the middle of nowhere. PUBG gives you an opportunity to choose if you play for yourself or with friends, as a team of two (Duo) or four people (Squad). If you’ve picked the Duo or Squad mode, your team wins if at least one of you stays alive.
You may ask, how are you equipped? Where to get weapons? Everywhere! The map is huge, and you need to scour for loot. That will explain how frying pan memes are SO relatable for PUBG players :) 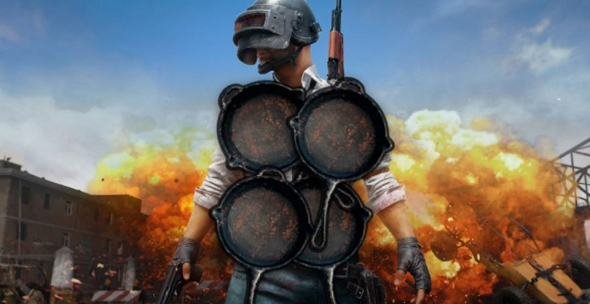 Starting Battle Royale gaming can be less harmful if you play Squad or Duo first. Note, that if you pick Squad, all the opponents will also play in Squad mode. Although, you can play with less than 4 players in this mode if it’s comfortable for you, or you can pick the auto search and your squad will fulfill with some random players.
One more important thing among PUBG tips is that it’s better to start with teamplay, because the winrate increases if there are more players that represent a single team. More support, you know. And it’s more fun!

Mind where you land

First — try to land near the coast. There are no enemies in the ocean, so you’ll feel more confident. The second tip how to play PUBG — look for places with apartments, that’s where all the loot is. To open the map and find the perfect place to land you need to press M while you’re on the plane. Mind and avoid attractive places like a military base, where lots of folks will land.

Is the PUBG map slowly killing you?

Yes. I’ve mentioned PUBG fields before, let me give you some useful Battlegrounds tips. The one that is deadly — the blue one — its radius becomes less and less as time passes. It also deals damage if you’re out of that zone, so make sure to move in the right direction. The smaller this zone is, the more damage it deals to all the players who are outside.
There’s a way to prevent the blue zone damage, though. You need to pay attention to the white circle: it shows the time before the blue zone radius decreases and how smaller it will become.
And the last thing to know are the red circles. These are bomb zones: those areas will be bombarded soon. You actually may not die if you’re stuck in one of those, but you’d better not to test your luck.

A third-person view will save you… Multiple times

Don’t lean on the first-person shooter experience you already have, these skills may kill you eventually. Lean on PUBG tips. It’s way better to play in a third-person mode, it has hella many advantages in Battlegrounds.
The ability to look around and see if there are any enemies is like air in PUBG, you’ll die if you don’t use it. To switch between FPS and TPS view press V (easy-peasy), and you can hold Alt to easily move the camera around. That’s a good thing to do if you’re trying to sneak out of the corner and check for opponents. The last hope is that your opponents know nothing about Battlegrounds tips :)
Don’t get worried about the FPS view, once you tap right mouse button the scope gets activated and zooms into the first-person view. There’s no reviving, once you die you’re out of the match. So, treat your life like a real one. If you’re playing Solo, you need to be super attentive to stay alive: volume on maximum and try to listen to each and every rustle, as it can be the last one you hear in game. But… Don’t get scared, just use these PUBG tips. If you’re in Duo or Squad mode — watch your teammates’ backs and be really careful with each other and yourself.
Another tip that is a key how to play PUBG — don’t leave the doors open. That will be a lifesaver.

The force is strong with the shortcuts

Before running into the gameplay meat grinder, check out the key bindings in settings. As there’s no tutorial that solves “how to play PUBG” question, you might find a lot of useful stuff there, like some unobvious shortcuts. For example, to pick a certain item you use F, and what if there are 10 items in front of you? You can press Tab to see the whole list of items, and then drag the ones you need to the inventory.

Battle Royale games have different stages, and your behavior must depend on what stage you are in. Once the game starts and there are more than 40 players alive, you can freely use vehicles to gather loot as quickly as possible. And at the start, no one has good weapon to take you down while you’re driving.
And vice versa, when there are less than 30 left alive it’s extremely dangerous to drive. There will surely be some smart ass with a sniper rifle, so listen to PUBG tips and lessen the risks.
Hope these Battlegrounds tips will help you to start playing, and show the right way how to play PUBG and win :)
Here's a video that will warm you up:
Tags:  PLAYERUNKNOWN'S BATTLEGROUNDS
Related game