The information about the upcoming beta of the new Doom project appeared more than a year ago. In order to participate in it, the players needed to pre-order Wolfenstein: The New Order shooter, which wasn’t released at that moment. Since then, Bethesda haven’t shared any more details concerning the future testing, but yesterday the studio revealed some about the forthcoming Doom alpha at QuakeCon 2015.

As it’s reported, Doom alpha will begin in the coming months. Let us remind you that the start of the game’s beta is set for the next year. The project itself will hit the market in spring 2016. According to Bethesda, only selected players will be able to take part in the announced early testing. They will be randomly picked by id Software - the shooter’s developer - from those who pre-ordered Wolfenstein: The New Order last year. The owners of the game’s physical copy had to register their keys to the Doom beta on the Wolfenstein official site. The codes from the digital copies of the shooter purchased on Steam, PSN or Xbox Live were registered automatically. Anyway, this is what Bethesda has written in its blog.

Doom alpha will be held on all platforms - PC, PS4 and Xbox One. So far, there’s no information on the content included in it.

By the way, the attendees of Bethesda’s press conference at QuakeCon 2015 were the first to appraise and play the Doom multiplayer mode. According to the feedbacks posted online, it looks quite good.

The pre-orders of the upcoming Doom game are open at Amazon now. 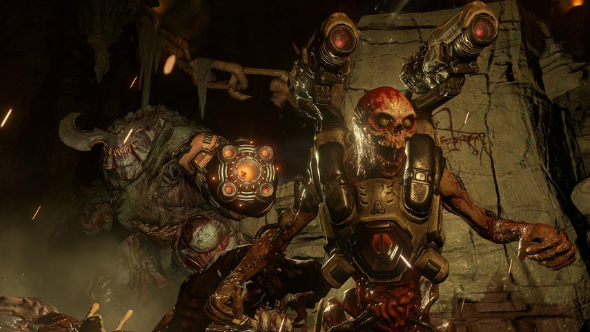