Home /
Reviews /
Outlast 2 Review: Is the Sequel Better Than Outlast?

Outlast 2 Review: Is the Sequel Better Than Outlast?

2017-05-04by Anna Stepko 6419 views
Outlast 2 release date (April 25th, 2017) has passed, and I’ve had a chance to play this game. The first part — Outlast — came out in 2013. A lot of gamers were suggesting theories that clearly show the relation of Outlast 2 to the first release. Let’s try to find out the truth and know more about reasons to play Outlast 2. 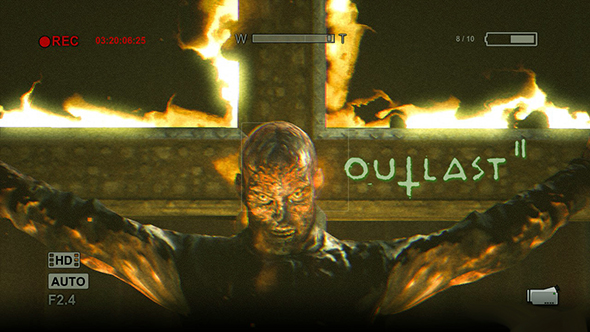 Note: this Outlast 2 review contains spoilers that won’t affect your gaming experience. I’ll describe characters and events in such manner that your interest to this game will grow, and you’ll want to play Outlast 2 even more once you end reading this review. I won’t reveal any serious details, so if you haven’t played Outlast 2 yet it won’t ruin your interest.

Why does Outlast 2 plot may have something to relate to Outlast?

While I was surfing for inspiration I’ve read some Outlast 2 theories that were written by fans, by the people who played these two parts and formed their independent opinion. Some of them contained ideas of making Outlast 2 plot connected to Outlast. Honestly, this was the last thing I would think. In my opinion, these two games have the same stylistics and particular gameplay features, that’s all.
Gamers tried to relate Walrider (the spirit from Outlast that possessed Billy Hope and had an influence on all the patients of Mount Massive Asylum) to Lynn’s child, but that would be weird. We’ve clearly seen how Walrider possessed Miles (freelance journalist and protagonist of Outlast) at the end of the game, and how he got shot multiple times.

However, Outlast 2 contained some easter eggs — hidden backward recordings, that are super creepy, and a Murkoff logo in one of the documents that “didn’t record”. But it’s not enough, feels like developers came up with this a few days before the release.
The symbol of unattainable freedom is used in every part of Outlast, by the way. It’s iconic. Like, protagonist approaches to it as close as possible, but eventually, he dies. Or is death the freedom they are looking for after all the suffering?

Outlast 2 is bigger that Outlast in almost every way: the plot is wider and deeper, although it has some weird moments. One of them, as an example, is the death of Marta — the first enemy that appears during the gameplay, a woman with a large pickaxe. She has been appearing during all the gameplay a lot of times, and at the end, she just gets randomly killed by accident.

Flashbacks in Outlast 2: What about that school? 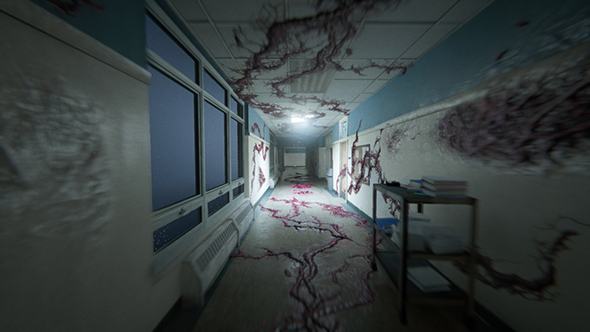 These weird scenes Blake sees are actually a huge part of the plot. It’s like you’ve been playing for 8 hours yet, and then one flashback explains everything you’ve been questioning yourself about. That’s how it worked for me :)

I had an intention to play Outlast 2 with a controller, but the sticks didn’t work properly, for some reason. I tried to reboot the game, the whole PC, plug in and out the controller, and it didn’t fix. So I decided to remap the controller with reWASD: that actually fixed my problem and gave me a possibility to lay back on the couch with my Xbox 360 gamepad and chill. Here’s the link to the created config, by the way. Hope that will come in hand!

Why is Outlast 2 better than Outlast?

There’s a bunch of surprises for you in Outlast 2 gameplay. Technically, the sequel is way more powerful than the first part. 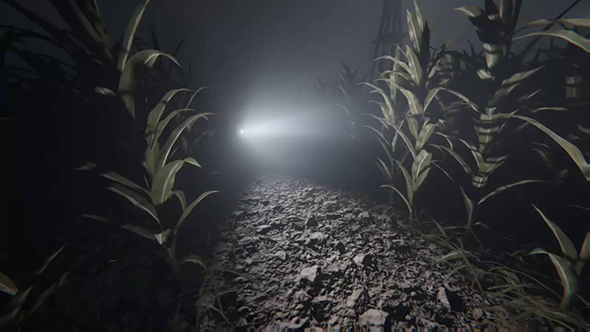 Note: I’ve hidden in barrels/lockers about 4-5 times during the whole 10-hour gameplay.

I honestly restrained the impulse to spam this Outlast 2 review with words “spooky”, “scary”, “terrifying”, etc. It really was. However, there’s more of stuff in Outlast 2 that is simply disgusting. The fact that I actually enjoyed the game made me ask myself a question if I am sane :)
As a final conclusion, GameSpace rates Outlast 2 9.9 / 10. It’s really good, all expectations are fulfilled, all the made promises — kept! GG, Red Barrels!
Related game