After watching Mad Max: Fury Road movie, you come out of the cinema with only one thought: “How can I describe all that I’ve just seen in words?”. But a bit later, having recovered from the unbelievable craziness on the big screen, you come to the conclusion that this motion picture is probably one of the best action-adventure films for the past time. Mad Max: Fury Road movie has everything necessary, including the soundtrack, for the perfect project in this genre.

The presented motion picture is the one, about which we can say the following: “It’s better to watch once than to read about it several times”. However, we’ll try to tell you about the most important moments of the new action film from the directing master - George Miller. Thus, GameSpace team offers you to read the Mad Max: Fury Road review. But first of all, we have to warn you about some spoilers, which it contains. Although, such an action-adventure is worth watching more than one time. 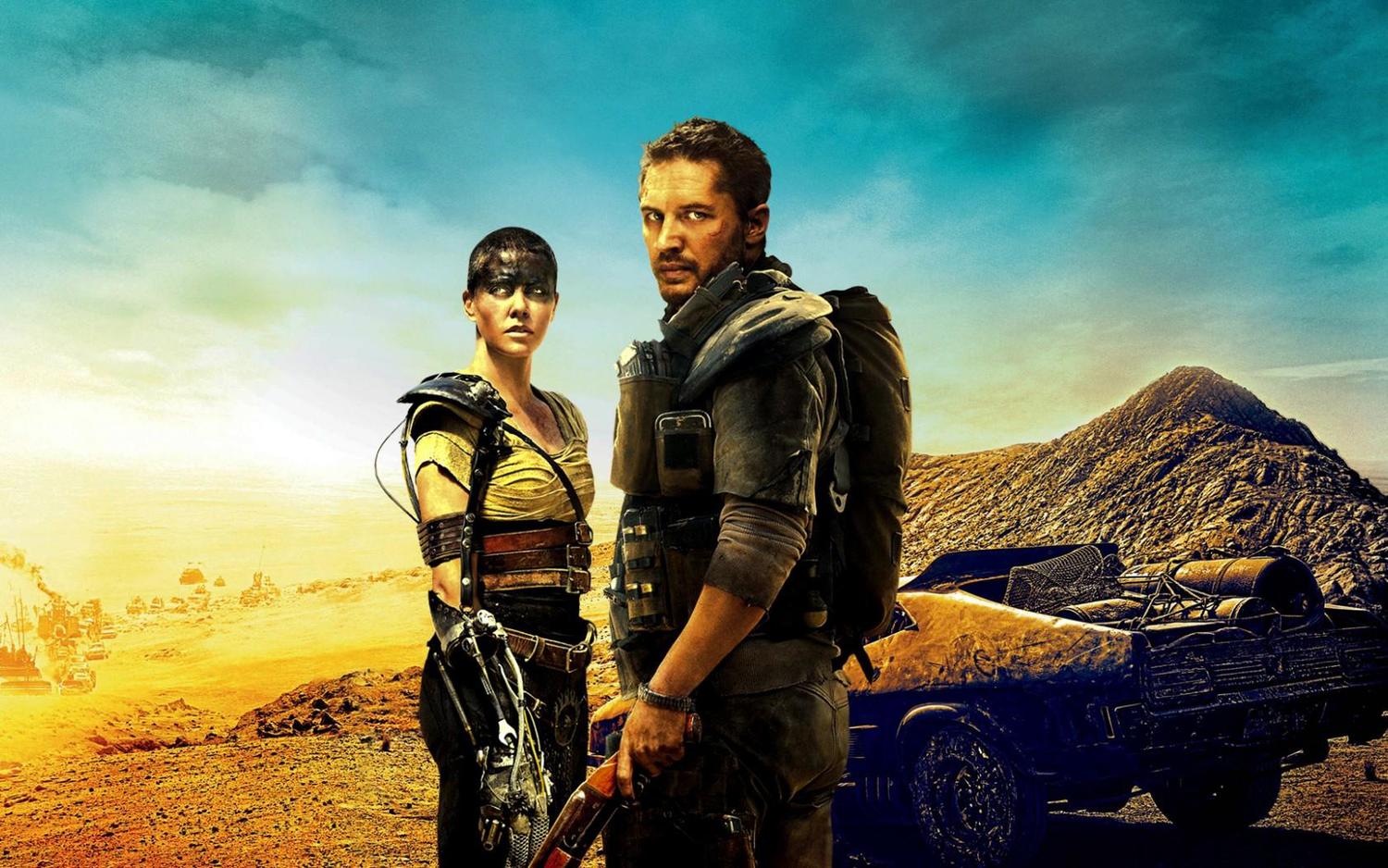 So, let’s start from the plot. It’s quite difficult to call Mad Max: Fury Road movie a sequel to the iconic trilogy despite the fact that during the film the main character has several flashbacks. It’s rather the franchise’s reboot. If you haven’t been familiar with previous Max, whose role was played by young and low experienced Mel Gibson, don’t worry. The plot of the fourth movie in the series is very simple and clear from the first minutes. The world is on the edge of life and death. It’s being torn by the wars for water, food and resources. The eternal wanderer - Max Rockatansky, - who’s now played by a very charismatic actor - Tom Hardy (Warrior, The Dark Knight Rises), - becomes a prisoner of Immortan Joe in Citadel. He’s used as a blood donor for the kamikaze fighters who try to get as much blood as possible from him. Max’s rescue comes with unexpected circumstances, which are brought by Imperator Furiosa. The role of the last one is played by incomparable Charlize Theron (Sweet November, Monster). Definitely, she deserves to be given proper respect for the incredible skill to reincarnate from a tender blond into a rough warlord who’s able to start the revolution. Furiosa’s mission is to supply water and gasoline to the nearby town, however, she also takes the Immortan Joe’s main treasure - his beautiful wives. Now, the betrayer and her team are chased by the hordes of fanatic warriors of not only Citadel but also the other settlements - the Gas Town and the Bullet Farm. From this moment, both the real chaos and the mayhem begin. They are accompanied by engines’ roar, metal rasp and hard sounds of the electric guitars. 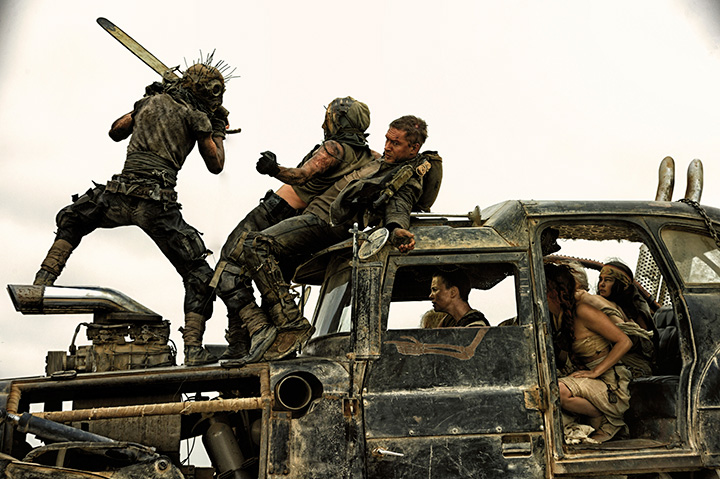 Along with super popular Tom Hardy and Charlize Theron, we can mark Nicholas Hoult. He got his fame when he was only 13 when played in the melodrama titled About a Boy with Hugh Grant. Also, one of the Hoult’s loud roles was the one of Beast in the X-Men series. But now, it’s seems that this boy has definitely grown up, and his role of Nux the warrior in Mad Max: Fury Road movie eclipses all his previous achievements.

Of course, one more moment, which we can’t leave without any attention, concerns the super cool vehicles. They are kind of the main characters of this motion picture as well. About 150 species of various models were developed by Colin Gibson under the supervision of George Miller himself. The fantasy of the creators was definitely way over the limit. Well, how else can you explain the origin of the following crazy machines? 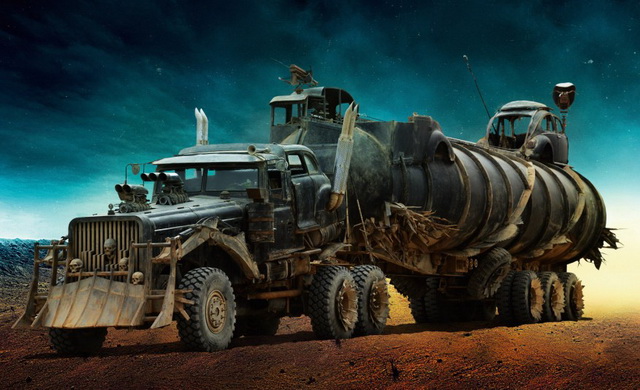 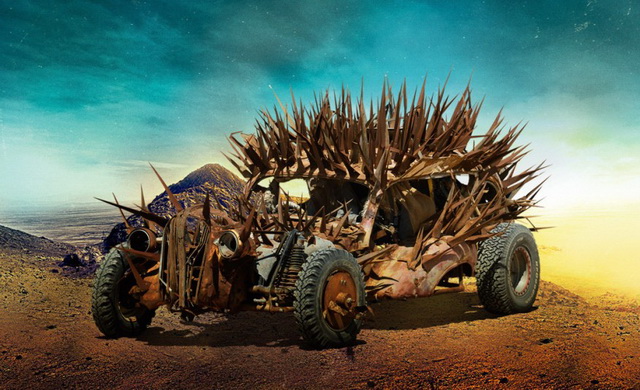 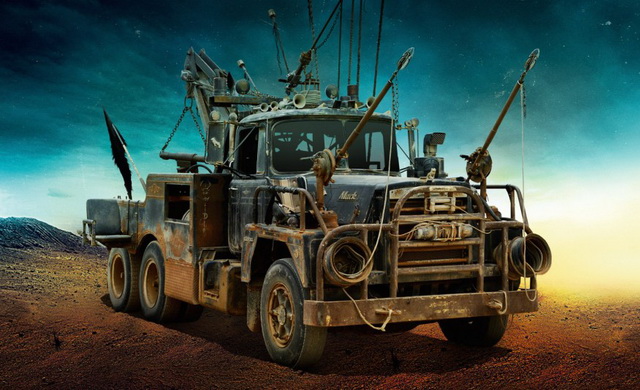 So, the plot and the characters are clear. Let’s move to one of the main ideas of the film in our Mad Max: Fury Road review. As it’s noticed at the beginning of the movie, Max becomes rather a secondary character. Furiosa takes the role of a leader. And as the story unfolds, she’s joined by the stolen wives of Immortan Joe. Despite their model look, the girls prove that those “sweet” faces can be nothing else but just a cover of real strength, power and bravery. And a bit later, the team is completed by several survived inhabitants of the Green Place or simply the Amazons. Feminism and the triumph of women are like a red line that crosses the whole Mad Max: Fury Road movie. Well, even George Miller doesn’t deny this fact.

Well, it’s time to sum up. If you want to see a beautiful from the aesthetic point of view picture, then Mad Max: Fury Road movie is not for you. Here, all beauty is hiding in the imperfection and sometimes even ugliness of the characters, spectacular and thrilling chasings and fightings, which make you shiver with pleasure. Like in the previous instalments of the series, the absence of long dialogues gives this creation even more uniqueness. It’s compensated by the perfect post apocalyptic landscapes and actions that keep you intense from the beginning to the end. “Oh, what a movie! What a lovely movie!” - this phrase stucks in your head for a long time once the final subtitles appear on the screen.

As you have probably guessed already, we can’t give any other evaluation but 10 of 10 to the George Miller’s gorgeous masterpiece. We hope that our Mad Max: Fury Road review has been useful for you. And if you’ve already watched this motion picture, we’d like to know your opinion about it in the comments below.