Home /
Reviews /
Avengers: Age of Ultron review: is it a worthy sequel or…?

Avengers: Age of Ultron review: is it a worthy sequel or…?

As you have probably noticed, during last few months, GameSpace team has been telling you not only about the most interesting game news but also about the most exciting ones from the motion picture industry. That’s why today we have decided to please you with the review of one of the most anticipated movies of this year - the film titled Avengers: Age of Ultron.

The first part of Avengers, which was released in 2012, got stunning success and an incredible box sales revenue. Naturally, lots of people have hoped that the second instalment in the series will be cut above the rest or at least not worse that the previous one. But as you undestand yourself, it’s quite difficult to meet such high aspirations. And exactly in our today’s Avengers: Age of Ultron review, we will try to find an answer to the question whether Joss Wheedon - the director and the scriptwriter of this project - has succeed in creation of something worth of our attention or not.

First of all, we’ll describe you the movie’s plot in brief. The blockbuster’s action begins with spectacular events - we see Avengers team, who is trying to destroy the secret laboratory of Baron Wolfgang von Strucker and take Loki’s scepter back in the fictional Sokovia country. Naturally, the operation goes well till our heroes face two extremely dangerous “laboratory rats” of Strucker - Scarlet Witch and Quicksilver. Both they hate Tony Stark furiously and are ready for almost everything to kill him and Avengers team. The character of Robert Downey Jr., understanding that soon the terrible peril for the whole humanity may appear again, decides to create an artificial intelligence - Ultron, - the purpose of which is to protect the Earth and its citizens. But it has been well said that the road to hell is paved with good intentions. The program, which had to protect the people, has crashed, and now Ultron wants to eliminate not only all Avengers but also the humanity. But that’s not all. Scarlet Witch and Quicksilver have also joined him not understanding to which circumstances it can lead.

But as you know the movie’s plot is just only one peace of any blockbuster. That’s why further our Avengers: Age of Ultron review will tell you about the project’s dynamics, its characters and the actors’ play. First of all, we need to say that there are too many action scenes in this movie, especially at the end of the blockbuster. Sometimes, we catch ourselves not following all events and not understanding the whole picture, because there are too many simultaneous actions on the screen. And it really annoys and disturbs a bit. But at the same time, we need to specify that Wheedon has worked well on the action scenes, because they are all spectacular and well-directed, and the characters’ behaviour looks logical. But unfortunately, the blockbuster’s general dynamics suffers a bit, because at the beginning everything is quite vivid, then it becomes very slow, and at the end it turns into something absolutely crazy and uncontrolled. Altogether, we have to admit that this moment isn’t done well enough in Avengers: Age of Ultron movie.

Nevertheless, there are episodes which we consider to be almost perfect, and they are related to the characters’ revelation, their relationships and the actors’ play. Finally, Black Widow and Hawkeye’s stories and not only the ones of Stark or Captain America have been brought to the forefront. Thus, we get to know some creepy details of Natasha’s past, we understand that she fell in love with Mark Ruffalo’s hero and are ready for almost everything to be with him. Also, for the first time, we have been revealed the Hawkeye’s story so deeply, and now we are aware that he is happily married for a long time, has lots of children and even waits for a new-born. Such moments, in our opinion, make the characters closer to the viewers, reveal the hidden motives of their decisions and show that Avengers also depend on the different emotions as we do. 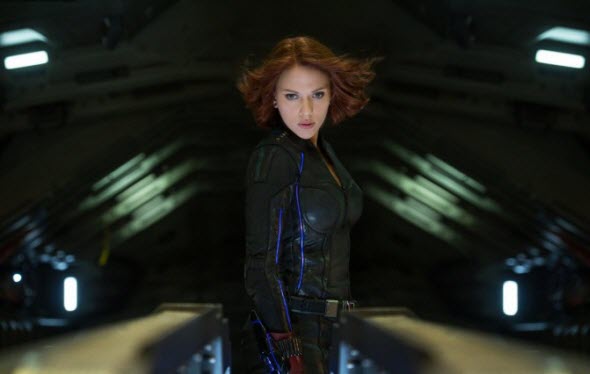 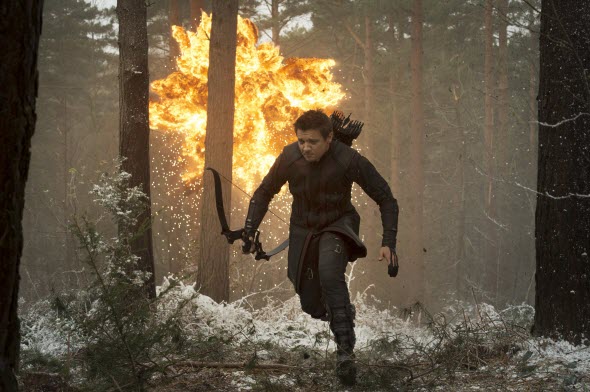 Besides these touching stories, which have been perfectly integrated in the film’s plot, we should also note that the actors for Maximoff twins roles have been also chosen well. Elizabeth Olsen as well as Aaron Taylor-Johnson have incarnated their heroes harmonically, having showed that their characters can hate the person guilty in their parents’ death and then throw their feelings away and join the Avengers in order to stop Ultron. And some scenes with Scarlet Witch, especially at the end of the film, rejoice us unbelievably. 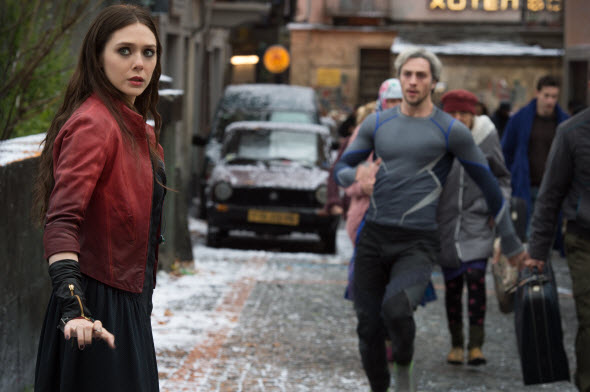 Also, we would like to examine the Ultron’s character in this Avengers: Age of Ultron review. Unfortunately, Joss Wheedon couldn’t create a unique figure of a villain, who has to destroy the Earth and its citizens. Ultron has turned out to be stereotyped, unexpressive and unscary at all.

And the final moment, about which we’d like to tell you today, is related to the dialogues. Here are lots of really funny conversations between the Avengers, which take the heat out of the situation when it’s necessary and bring some spice to this blockbuster.

Our today’s Avengers: Age of Ultron review has come to its end. We hope that you have managed to create your own impression about this film and already know if it’s worth of your attention or not. As for us, we think that the second part in the trilogy is as good as the first one, that’s why we recommend to watch Avengers: Age of Ultron movie and give it 9 points.